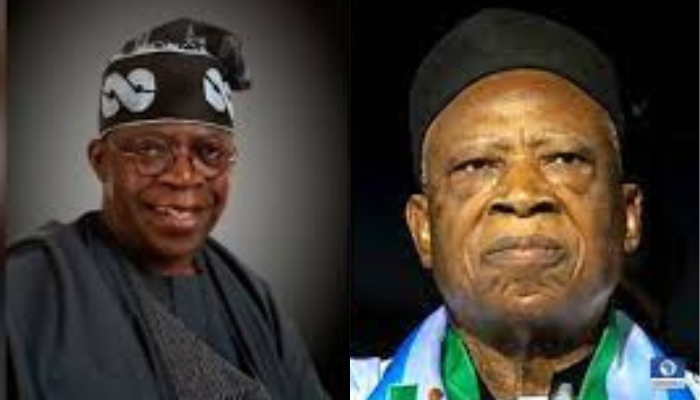 The National Working Committee of the All Progressives Congress on Tuesday dismissed speculation that its Presidential flagbearer, Asiwaju Bola Tinubu and the party national chairman, Senator Abdullahi Adamu, are at loggerheads over his choice of Governor Simon Lalong and Festus Keyamo as director general and spokesperson for the APC presidential campaign.

Reports have been rife in the last two weeks about a palpable cold war between Tinubu and Adamu who, sources at the secretariat claimed, was not briefed before the standard bearer made the formal announcement.

The development is coming one week after Deputy Director of the APC Presidential Campaign Organisation, Hanatu Musawa, described the alleged plot to remove the chairman from office as mere social media talks.

Musawa, who made the clarification when she appeared on Politics Today on Channels Television, announced that Adamu still commands the respect of the NWC and members of the National Executive Council.

Her optimism is coming ahead of the NEC meeting with the NWC members, which political pundits predicted may decide the fate of the APC national chairman.

Addressing journalists on Tuesday evening at the secretariat, APC Deputy National Organising Secretary, Nze Duru, dismissed the rumour of a rift between Adamu and the presidential candidate.

This is even as he affirmed that the choice of Governor Simon Lalong and Festus Keyamo into the presidential campaign council was welcomed by the leadership of the APC.

Duru also pledged that the full list of the campaign council members would be unveiled before the Independent National Electoral Commission announced the flag-off for campaigns.

He said, ” There is no power tussle over positions. None of such has happened and the party and the candidate are working together. But it is important to say that we agreed on DG and spokesman.

“The governors will control the structures at the zones. The party can’t be excluded and it won’t even exclude anybody. We will have an embracing and all-inclusive campaign council. There is no discord anywhere. More importantly, the party chairman agreed on the issue of DG and spokesman.

“Before the INEC flag on September 28, all other positions will be unveiled. The chairman is leading the conversation.”