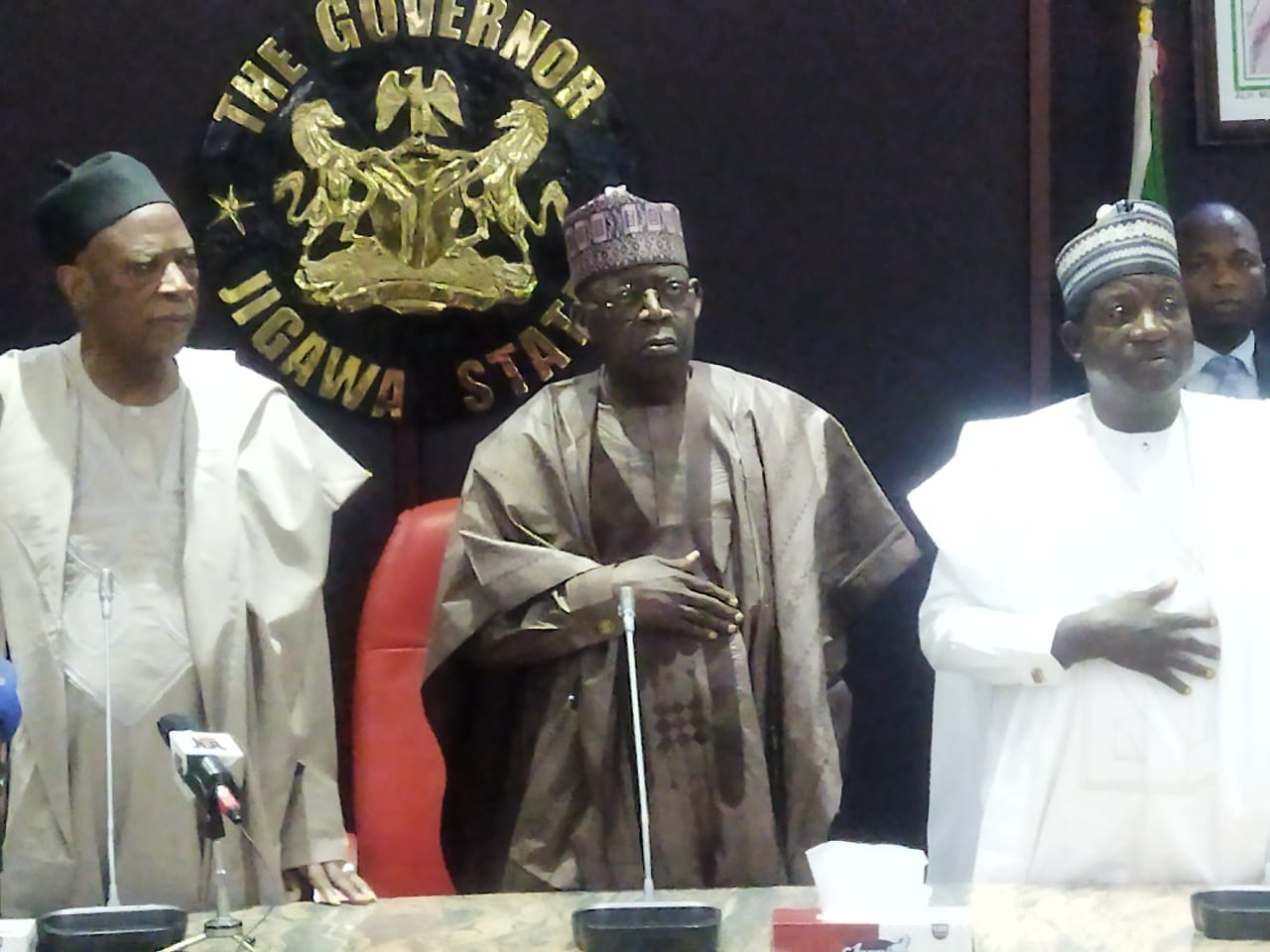 The governorship candidate of the People Democratic Party (PDP) in Jigawa State on Tuesday attacked Governor Muhammad Badaru for allegedly abandoning flood victims in the state.

The candidate, Mustapha Lamido, said the governor should visit the affected communities and sympathize with the victims instead of sending messages.

PREMIUM TIMES had reported how hundreds of people were displaced after heavy rains caused flooding in communities across the state.

The most affected areas were Dutse, Hadejia, and Ringim emirates with many communities and bridges submerged by the flood.

Hundreds of people including women and children and their livestock are taking refuge at relatively safer places in communities across the state.

Many residents have lamented the alleged nonchalant attitude of the governor who seldom visits affected areas.

The opposition candidate, Mr Lamido, called on the governor to urgently visit the Karnaya community, one of the communities displaced by the flood.

Mr Lamido said the governor’s visit to the community will help him understand the suffering the people are going through.

“This is not the time to send a representative but, you must be there physically to see things for yourself,” Mr Lamido said.

Mr Lamido announced a donation of N1.4 million to the victims in Dutse and Gwaram local government areas. He pledged to seek assistance for the victims to cushion the effect of the disaster across the affected areas.

Meanwhile, the presidential candidate of the All Progressive Congress (APC), Bola Tinubu, donated N50 million to the victims of flooding across the state.

Mr Tinubu in a visit on Tuesday said he was in Jigawa to sympathize with the victims of flooding across the state.

Mr Tinubu was accompanied by the Governor of Plateau State, Simon Lalong; the National Chairman of the APC, Abdullahi Adamu, and former chairman of the Economic and Financial Crime Commission (EFCC) Nuhu Ribadu. They were received by the governor and the Emir of Hadejia, Adamu Abubakar-Maje, who received the donation on behalf of the flood victims.

The emir, Mr Abubakar-Maje, commended the APC presidential candidate for the kind gesture and pleaded with the politician to extend his visit to Hadejia Emirate where he said Mr Tinubu has not visited before.

He said the money donated will be distributed to the flood victims in the five emirate councils.

We are appealing to you the governor to please do more to facilitate more donations because people are suffering in the state.

“Your excellency, people are suffering following the flood disaster, there is a need to do more to help the people,” the emir said