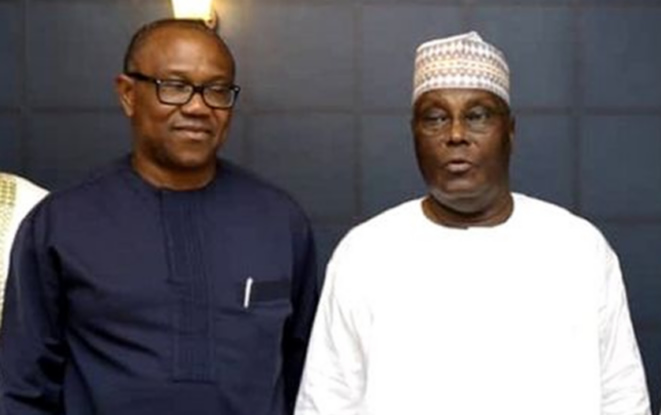 Insecurity in the North-West may impact the performance of the presidential candidate of the All Progressives Congress, Asiwaju Bola Ahmed Tinubu, a new report released on Tuesday by a frontline pro-democracy think tank, Centre for Democracy and Development has said.

The organisation, however, said the secessionist agitations in the South-East could reduce turnout, which may not favour either the presidential candidate of Labour Party, Peter Obi, or that of the Peoples Democratic Party, Abubakar Atiku.

The CDD disclosed this in a report titled, ‘Nigeria’s presidential polls: A SWOT Analysis’ released in Abuja on Tuesday.

The organisation warned that rising insecurity, misinformation, money politics, religion and ethnic narratives may undermine the credibility of the 2023 elections.

The report signed by the CDD Director, Idayat Hassan, said the Independent National Electoral Commission would require about 1.5 million election and security officials to successfully prosecute the elections.

The report partly read, “With political campaigns looming in the coming weeks, key governance issues, such as insecurity, would be a factor in the political calculations for the leading candidates as they traverse the country.

“The report noted that in the North West, the hot button issue of security of lives and property would have an impact on the performance of the APC candidate, Tinubu.

“At the same time, the secessionist agitations in the South East could reduce turnout, which may not favour either the Labour Party standard bearer, Peter Obi, or Peoples Democratic Party’s candidate, Abubakar Atiku.”

The organisation said for such a far-reaching level of deployment to be successful, it would require the recruitment and training of close to 1.5 million poll and security officials.

This, the pro-democracy think tank said, would require the deployment of personnel, which number about four times the size of the entire Nigerian military.

According to the report, the negative influence of religion, ethnicity and money politics could also undermine the credibility and acceptability of the elections, if not properly addressed.

The CDD said the divisive factors have already played a role in shaping the emergence of the four major party candidates running in the presidential election next year.

The report pointed out that the Electoral Act 2022 has elicited prospects that could redefine elections in Nigeria.