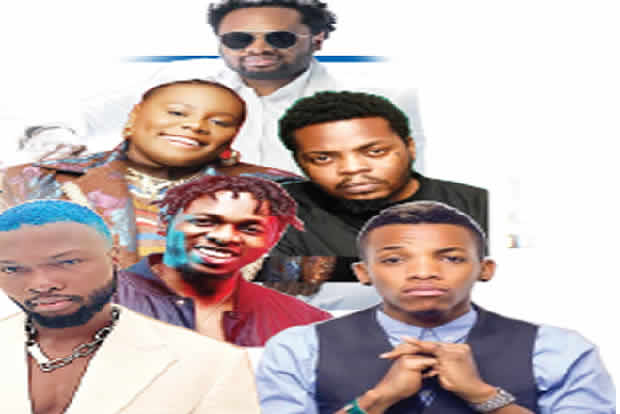 The Nigerian music industry is undoubtedly one of the fastest-growing in the world. Though most attention is usually paid to artistes, there are other people who work behind the scenes to make certain things happen. One of those sets of people are songwriters. Saturday Beats takes a look at singer who compose songs for other artistes

Douglas Agu, aka Runtown, is a talented singer and songwriter. Aside from writing his own songs, he has also written songs for some artistes. One of such songs which went on to become a hit is Davido’s ‘Aye’. It was produced by Tspize.

While answering questions from his fans on social media, the singer had said,  “I wrote ‘Aye’ for Davido.

Recall that the song won the Headies Award for ‘Song of the Year’ in 2014, and was also named the biggest single of the year at the Nigerian Entertainment Awards that same year. The song was also nominated in the ‘Best International Song’ category of the Soul Train Awards in 2014.

‘Blow my Mind’ is the fourth single off Davido’s album, ‘A Good Time, which was released in 2019. The song was actually written by singer and songwriter, Sadiq Onifade, aka Wurld’.  In an interview in May 2020, Wurld stated that he made the song in 2012. He also noted that Shizzi, a producer who often works with Davido, told him that Davido wanted the record in 2019.  The song’s video racked up 10 million views within three weeks of its release.  It also peaked at number 3 on Billboard’s Top Thriller Global Chart in August 2019.

The song was also nominated for the ‘Best Collaboration’ at the Africa Entertainment Awards, held in the United States of America in 2020.

‘Bottom’, the fourth song on it, caught a great deal of attention because Akon sang in pidgin and Yoruba language. After it was released, there were speculations that the song was composed by rapper, songwriter and record label executive, Olamide. Those speculations were later confirmed when a Twitter user, Solomon Ford, wrote, “Olamide wrote ‘Bottom’ for Akon. We don’t deserve this legend.”

‘Injure Me’, which is the eighth track on Teniola Apata, aka Teni’s debut album ‘Wondaland’ was also co-written by Olamide. This information is contained on the song’s official YouTube data page, which also listed Kayode Phillips and Olamide as the writers. The album has been nominated for the Headies Award 2022 in the ‘Best Afrobeat Pop Album’ category.

Singer and songwriter, Teniola Apata, aka Teni, took to her Twitter page some years ago to announce that she wrote the song, ‘Like Dat’ for Davido. She wrote, “Shout out to OBO for giving young writers like myself a chance. I can’t wait for you all to hear ‘Like Dat’, another monster hit.”

Indeed, the song turned out to be a big hit, as it enjoyed favourable airplay. The song was nominated for the ‘Best Music Video of the Year’ category of Headies Award 2018.

Singer and songwriter, Augustine Kelechi, aka Tekno, is a talented singer, instrumentalist and producer, and he has quite a number of hit songs in his kitty.

Beyond writing and recording his own songs, he has also written hit songs for other artistes. Undoubtedly, one of the biggest of such songs ‘If’ by Davido.

The song went on to become a global sensation. Among other awards, it won the ‘Best Pop Single’ category of the Headies Award 2018.

Cobhams Asuquo is another prolific singer, songwriter and producer. Among other things, his ability as a songwriter is well known. Aside from writing and producing his own songs, Asuquo writes for other artistes as well. He was once signed with Sony ATV London as a songwriter.

He co-wrote the hit song, ‘Fire on the Mountain’ by another talented singer and songwriter, Bukola Elemide, aka Asa. The song has been described as ‘deep’ and ‘timeless’ by many.  He also co-wrote another Asa song, ‘Bibanke’, which won a lot of awards— including ‘Best Vocal Performance’ and ‘Recording Artiste of the Year’— at the Headies Awards 2008.