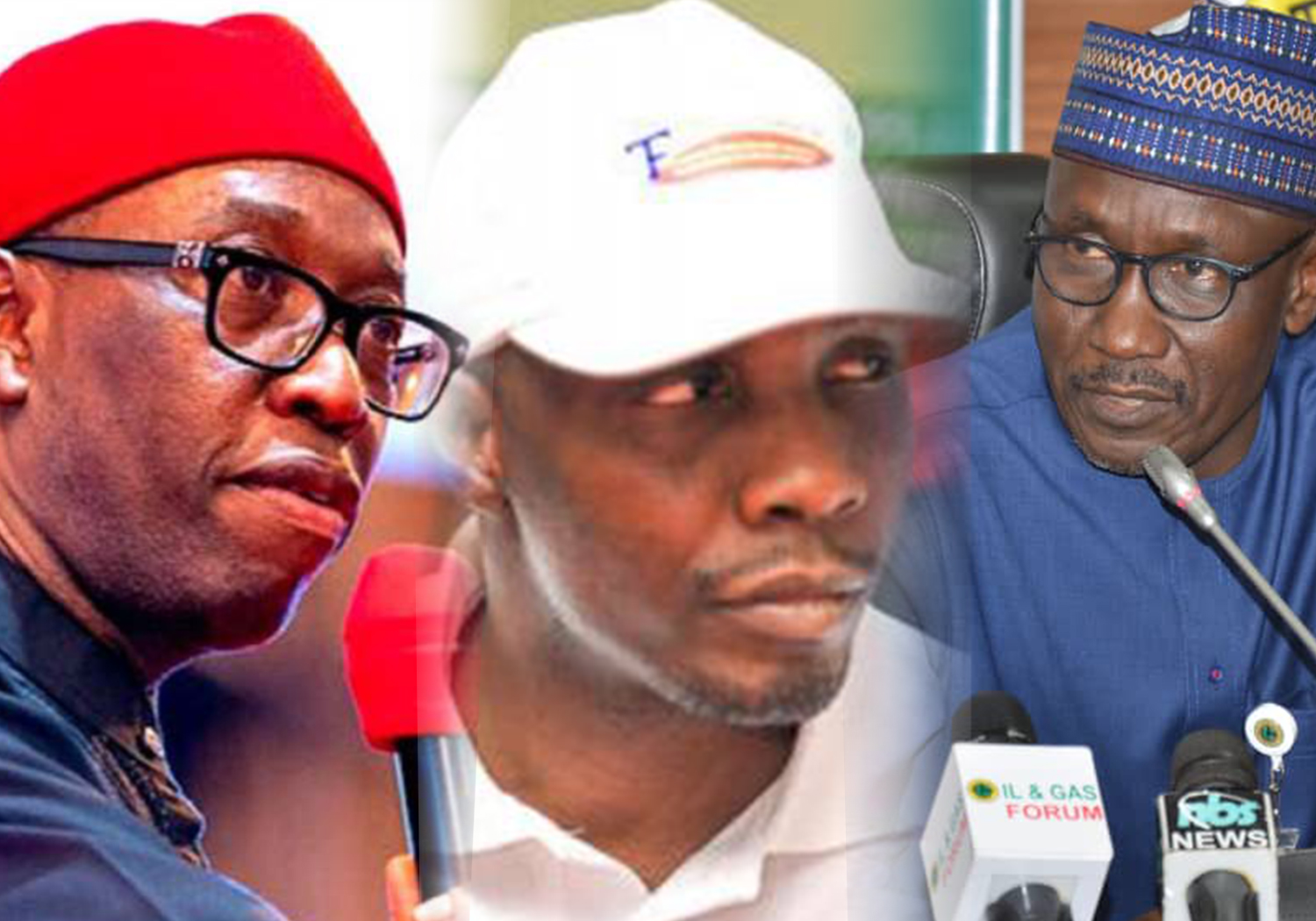 The Nigerian government on Tuesday described its award of multi-billion naira pipeline surveillance contract to a former leader of the Movement for the Emancipation of Niger Delta, Government Ekpemupolo, popularly known as Tompolo, as the ‘right decision’.

Speaking at the 49th session of the state house briefing at the Presidential Villa, Abuja on Tuesday, Mele Kyari, the chief executive officer of Nigerian National Petroleum Company Limited, said the decision was necessitated by the need for Nigeria to hire private contractors to man its oil pipeline network nationwide due to massive oil theft.

Mr Kyari argued that it was not the first time that individuals within the Niger Delta region were awarded contracts for pipeline surveillance.

The clarification came amid reports that NNPC Limited had awarded a pipeline surveillance contract to Tompolo.

The surveillance contract is reportedly worth N48 billion per year (N4 billion per month), according to a report by The Nation.

Several militant groups in the region are reportedly angry with the federal government for leaving them out of the juicy contract, threatening to make the surveillance contract unworkable.

On Tuesday, Mr Kyari said that the federal government is not dealing directly with Tompolo but a private contractors company he has interests in.

“The security agencies are doing their part, end-to-end pipeline surveillance would require the involvement of private entities and community stakeholders,” Mr Kyari said.

“We need private contractors to man the right of way to these pipelines. So we put up a framework for contractors to come and bid and they were selected through a tender process. And we believe we made the right decision.”

According to Mr Kyari, the decision was aimed at achieving three broad objectives.

He said: “First, to ensure the government’s security agencies play their part, we have our Navy, the Army and they are doing an excellent job of containing this, but as you do this sustenance is everything and therefore we also decided that we need private contractors to man the right of way and also operate outside the right of way so that they can also join us to manage members of the community.

“We don’t have access to that and therefore, we put up a framework where contractors were selected through a tender process for people who can do it, not everyone can do it and Tompolo is just mentioned, we’re dealing with corporate entities.

“He may have interest in the company, we’re not dealing with Tompolo, but we know that he has interests in that company.

“We know that we’re engaging all other individuals who will be of help to us in this situation. This has happened severally over time and the result was that it was contained under a process like this and we believe that we are taking the right decision,” Mr Kyari said.

In a statement signed by his Chief Press Secretary, Olisa Ifeajika, on Tuesday, the Delta state governor and the Peoples Democratic Party Vice-Presidential candidate, Ifeanyi Okowa, commended the Nigerian government for awarding the contract to a firm owned by Tompolo.

The award, he said, indicated that the government listened to him on how to review oil facilities surveillance contracts and integrate oil-bearing communities to check rising cases of oil theft, an idea he suggested when a Federal Government delegation on oil-theft issues visited him recently in Asaba.

He said the state was happy to hear that just a few days after the visit, the federal government listened to Mr Okowa’s advice and awarded the surveillance contract to Tompolo.

He noted that giving jobs to people from Niger Delta would give them a sense of belonging and help to curtail the rising incidence of oil theft with its attendant effect on the nation’s economy.

Mr Okowa said it was high time host communities, which suffer severe impacts of oil exploration and exploitation in the region, were considered partners in the oil production process.

According to him, awarding surveillance contracts to indigenes was the way to go since they know the terrain well and would put in their best to guard oil facilities.

“Our governor’s admonition was that to check the rising oil theft cases, the Federal Government should involve the oil-bearing communities, where the oil is produced,” the statement said.

“And, to involve them, the surveillance contracts for oil facilities surveillance in the area should be reviewed.

“In other words, make them own it, let them be partners because if you make them part of it, they will guard, police and protect it.

“They will do anything to make sure that they protect it, but if you alienate them from it, they will leave it and allow anything to happen to it.”

Mr Okowa claimed that across Niger Delta, the government’s step was applauded and commended because it is not just for Tompolo but to the host communities.

“The good thing here is that the federal government heeded good counsel by accepting the advice of our governor, Senator Ifeanyi Okowa, by giving the surveillance contract to Tompolo,” he said.

“So, we are commending the government for listening to the cries of host communities, because if they cannot own the oil blocks, let them, at the least, participate in the ones they can,” he said.