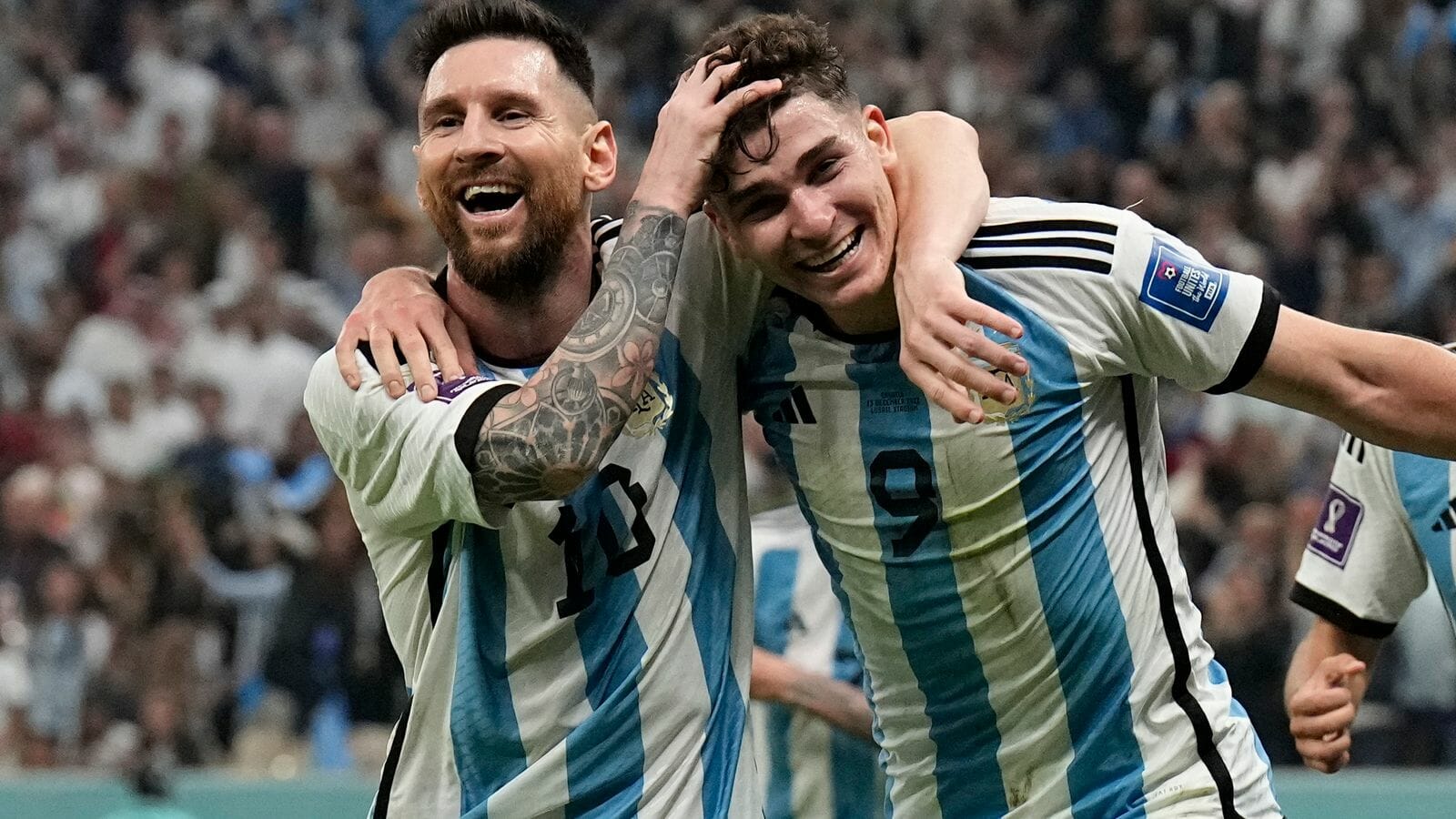 Argentina captain, Lionel Messi, inspired his country as they qualified for the final of the 2022 World Cup.

Messi gave himself one last shot at World Cup glory as he and Julian Alvarez scored for Argentina in a 3-0 win over Croatia at the Lusail Iconic Stadium to reach the final.

They will face either France or Morocco, who play in Wednesday’s semi-final, on Sunday.

Messi fired into the top corner from the penalty spot (34) against the run of play to open the scoring after Man City striker Alvarez earned a debatable penalty following a collision with Croatia goalkeeper Dominik Livakovic.

With that strike, the 35-year-old surpassed Gabriel Batistuta to become Argentina’s top scorer at World Cup finals on 11 goals.

Croatia collapsed after the opener and conceded another five minutes later from an Argentina counter-attack after comical defending as Alvarez doubled their lead (39) having carried the ball from his own half.

Messi took matters into his own hands to ensure the game was out of reach, producing a moment of magic down the right to beat Josko Gvardiol before putting it on a plate for Alvarez to score Argentina’s third.

Argentina last reached the World Cup final in 2014 in Brazil and were beaten by Germany, but have not lifted the trophy since Diego Maradona led his nation to victory in Mexico in 1986.