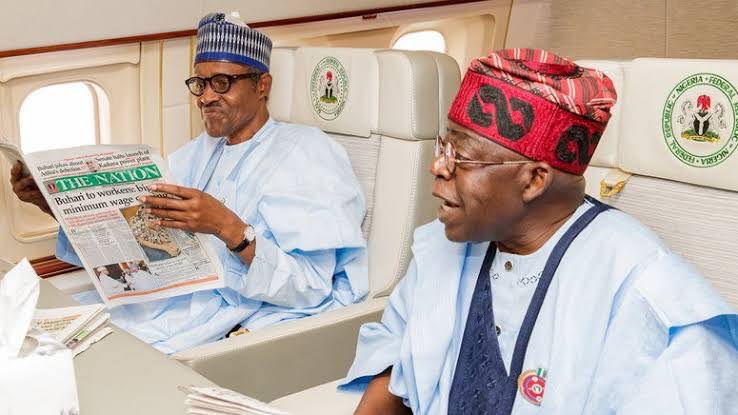 2023 Elections; “It will be un-Islamic, un-Godly for Buhari to reward Tinubu with ingratitude”

Prince Kassim Afegbua, former Commissioner for Information in Edo State has disclosed that, it will amount to an act of ingratitude for President Muhammadu Buhari not to throw his weight behind the aspiration of Asiwaju Bola Tinubu, presidential candidate of the ruling All Progressives Congress (APC) for the 2023 general elections.

Reacting to reports that the President’s body language is not in support of Tinubu, Afegbua said having helped Buhari realise his ambition in 2015 after losing in three presidential contests, it is time the president prove he is a man of integrity by backing Tinubu who stood by him when it mattered most.

He wrote “I have heard from some sources that President Buhari is not supporting his party candidate, Asiwaju Bola Ahmed Tinubu. My attention was drawn to his repeated pronouncements and body language that every Nigerian eligible to vote, will be left to vote for any party of their choice. Saying that what he desires the most is a free and fair electoral contest. The sources pointed my attention also, to the claim that rather than President Buhari unequivocally campaigning for his party, The APC, he has been saying what he wants is to bequeath credible elections; citing Anambra, Ekiti and Osun election as examples”.

“Having failed in three previous elections and declaring that he won’t be ready to contest a fourth time, Asiwaju Tinubu and Chief Bisi Akande visited him at his Kaduna home to pull him out for a fourth; which became the successful contest. Together, they marshalled the strongest opposition to PDP’s grip on power and successfully defeated the incumbent President in 2015. At the Lagos primaries then, despite all the billions and maybe trillions spent by Atiku Abubakar to defeat President Buhari, Tinubu and other like-minds ensured that Buhari emerged as the presidential candidate of the APC”.

“On a good day, this is the hour to pay Asiwaju Tinubu back in like manner; having been there for President Buhari when it mattered most and indeed, the one time when he struck luck. I have seen President Buhari take care of his loyal friends; giving them political appointments and positioning them within his cabinet”.

“It would be ungodly and un-islamic to pay Tinubu in bad coin. In fact, in show of gratitude, this is the right opportunity for President Buhari to act out the old saying that one good turn deserves another. But for Tinubu and other like-minds, President Buhari’s aspiration to be elected as a Democratic President of Nigeria would have remained a pipe dream”.

“By providence, using the strategic intervention of Tinubu, his footsoldiers and some APC Governors, President Buhari was able to win a political feat that enthroned him in office as a democratically elected President. It looks clear and fair that this is the time to cede power to the South; for political balancing, stability, justice, and fairness. Apart from the opinion spoken about earlier, held by a few people, President Buhari is also widely reputed to be a man of justice and fairness and justice; and is now being looked upon, to heed he call and bid to connect”.

“Where he throws his weight and support during the coming elections will prove to us how much so he is. He needs to heed the call and bid. At the moment, there are several shu-shus making the rounds. One says that he has directed that all the outstandings owed to Atiku Abubakar by the Ministry of Aviation and Ministry of Transport be paid to Atiku with immediate effect; to allow the PDP candidate, access to funds for his campaigns”.

“President Buhari needs to prove to all of us that he means well for Asiwaju Tinubu; and this is germane.

Thankfully, his wife, Aisha Buhari is showing support thus far; mobilising women to key into the campaigns. Power belongs to God but men and women are the instruments used in making that happen. Aisha Buhari, unlike Dolapo Osinbajo, has been very active in this whole campaign; in show of appreciation for the role that God used Asiwaju Tinubu to play in her husband’s political aspiration. Such reciprocal acts of gratitude will go a long way to invest some morality in the political process and amass the support of other key people”.

“It is often said that politics is dirty. It is not politics but human conduct which should be above board in getting the best out of the process that is usually faulty. Asiwaju Bola Ahmed Tinubu is a qualified candidate; he is not wanting or lacking in character, morals and or trust. His history is clean, clear and accomplished. Whether spoken in hushed tones or in plain terms, President Buhari owes Tinubu a show of gratitude; and the only way to exhibit this is by reciprocal support at this time”.