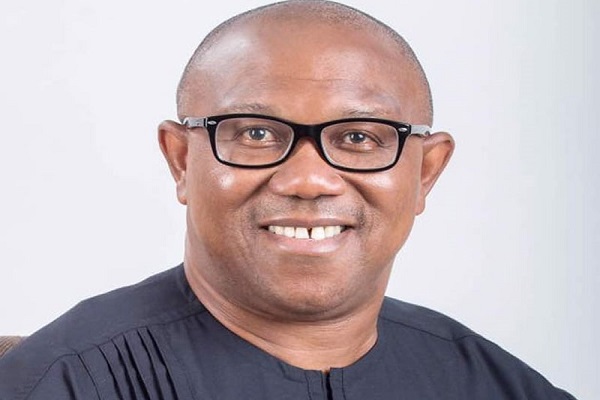 The viral video purporting the endorsement of the presidential candidate of the Labor Party (LP) Peter Obi was on Tuesday described  as false and self-concocted by the palace of the Olubadan of Ibadan land.

Reacting to the video where a member of the council was praying for Obi during a courtesy call on the monarch, the media aide to the Olubadan, Oladele Ogunsola expressed shock at how the LP candidate and the handlers could turn the prayers to an outright endorsement.

Ogunsola, in a statement said the palace could have ignored the viral video but for the torrents of inquiries by media houses seeking clarification before publishing and the need to counter social media trending of the foul report.

The aide told politicians to leave the palace out of their game.

He said: “The attention of the palace of Olubadan of Ibadanland, Oba Lekan Balogun has been drawn to the claim of endorsement of the Labour Party (LP) presidential candidate, Mr. Peter Obi by the monarch and his members of Advisory Council, a claim described as false and self concocted one to mislead the general public.

“It would be recalled that the Labour Party (LP) presidential candidate led his campaign team to pay courtesy visit on Olubadan last Saturday and some of the members of his Advisory Council joined to receive the August visitor at the Alarere residence of the monarch.

“In the offensive video being widely circulated by Obi’s handlers, High Chief Oyewole was seeing praying for the success of the party at the polls and one can not but wonder how did that become an endorsement or are Peter Obi’s sympathizers looking forward to the palace cursing him? God forbid.

“The palace could have ignored the report and dismissed it with a wave of hand, but with the torrents of inquiries by some of our credible media houses seeking clarification before publishing and the need to counter social media trending of the foul report without professional touch, this reaction becomes imperative.

“How could anybody would have in his or widest imagination assume that a presidential candidate of any political party would receive an open endorsement from a place like the palace of Olubadan? That must be a crude joke carried too far. It is preposterous to say the least.

“While discountenancing the claim of endorsement by the Olubadan Advisory Council, our politicians are counseled to please leave the palace out of their game. The campaign is just starting and the visits to the palaces are part of the itinerary of the candidates and how would they feel should the gates of palaces be locked against them?

“For the umpteenth time, let it be emphasized that Olubadan and his cabinet members do not and cannot belong to any political party and they would never express preference for any candidate or political party in the public no matter the degree of temptation. The palace of Olubadan belongs to all just as the occupier of the exalted stool remains father of all as well.

“In the meantime, I commend my professional colleagues and their respective media houses who saw the oddity in such claim and sought for further clarifications following their putting the report in abeyance.

“I also appeal to the social media handlers to always think twice before rushing out with report as the season we are in presently does not call for undue sensationalism.”