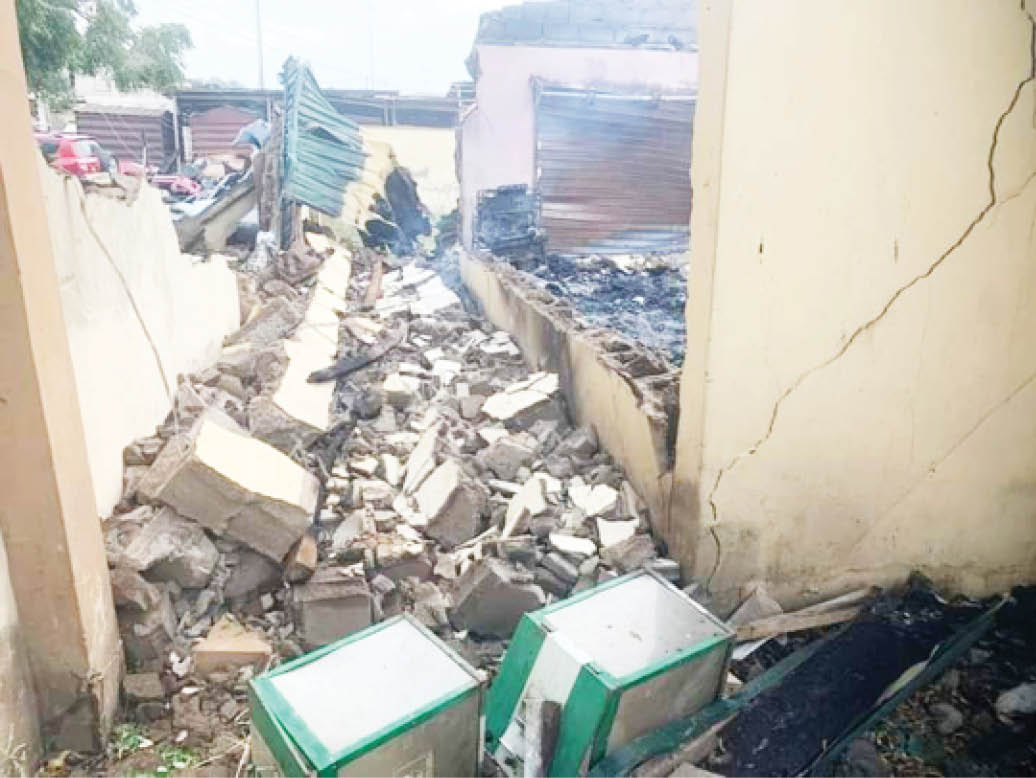 The headquarters of the Independent National Electoral Commission (INEC) along Port Harcourt Road, Imo State, came under attack on Monday by gunmen suspected to be members of the banned Indigenous People of Biafra (IPOB).

This is the third attack on the commission’s offices in less than two weeks after earlier attacks on its offices in Orlu LGA on December 1 and Oru West LGA office on December 4.

IPOB has repeatedly denied having hands in the attacks on INEC offices, saying it had no interest in the 2023 general elections.

Our correspondent gathered that the hoodlums numbering more than 10 attacked the offices of the electoral body at 3 am.

More than three offices on the premises of the commission were torched before a reinforcement team from Imo police headquarters dislodged the hoodlums, three of whom were reported killed.

Two others were captured alive, while the police are said to be on the trail of other suspects.

The attack may not be unconnected with the Monday sit-at-home order by the Indigenous Peoples of Biafra (IPOB) to protest the continued incarceration of their leader, Nnamdi Kanu.

The attack on the electoral umpire’s head office may hamper the smooth distribution of permanent voter cards, our correspondent has reliably gathered.

At the Owerri municipal office of the commission, no officer was in sight. It was the same at Nwangele and Onuimo LGAs.

Meanwhile, the police spokesman in the state, Michael Abattam, while giving an update, said four people were killed during the attack.

He said three of the gunmen were killed while a policeman lost his life and another was injured.

Abattam said, “They threw bombs at the roof of the INEC building in the attack, which occurred by 3am Monday, but unfortunately for them, they were resisted by our men who were guarding the place.

“They came in four vehicles and fully armed. While they engaged our men on the ground we reinforced. Noticing that we were stronger they ran away and abandoned one of their vehicles. We gave them a hot chase towards Onitsha Road. Fortunately, we neutralised three of them.”

However, INEC’s National Commissioner and Chairman, Information and Voter Education Committee, Festus Okoye, in a statement on Monday, described the attack as yet another systematic attack targeted at the commission’s assets.

Okoye also noted that the incident happened on the day the PVCs collection by registered voters was to begin ahead of the 2023 general elections.

“The attack affected the part of the building occupied by the Election and Party Monitoring (EPM) Department and one official utility vehicle (a Toyota Hilux pickup van) were burnt.

“The response of the security and emergency services (the Fire Service) curtailed further damage to the building and other assets of the commission. No critical election materials were destroyed. There were also no casualties involving staff of the commission,” Okoye said.

In another incident in Ebonyi State, residents ran for their lives, on Monday, when gunmen suspected to be members of the IPOB invaded Abakaliki, the state capital around 10am.

Markets, banks and filling stations which had opened earlier in the day, closed down as sounds of gunshots rented the air.

The gunmen, who reportedly wore masks, razed a section of Ahịa Ofú market located along the Abakaliki-Enugu highway.

The action of the group was said to be part of the enforcement of the five days sit-at-home order declared in the region.

However, the Police Public Relations Officer in the state, SP Chris Anyanwu, said there was no cause for alarm.

Anyanwu, who dismissed the reported killing and burning by the group as a rumour, promised to come up with details if any soonest.

Meanwhile, Ebonyi State government on Monday directed all security agencies, including “Ebubeagu’’ Security Outfit (the South East regional security agency) to neutralise any miscreant found with a gun or weapons.

The order is contained in a statement issued in Abakaliki by the Commissioner for Information and State Orientation, Mr Uchenna Orji.

The state government reiterated its unflinching commitment to the security of lives and property of inhabitants and urged the public to disregard the rumour of the purported enforcement of the `sit-at-home’ order in the state.

“It is false and nothing but a figment of the imagination of enemies of the state fanned by opposition forces to scare law-abiding citizens. It is noteworthy to mention that no house was burnt and no killing was recorded in Ebonyi or any part thereof,” the statement read in part.

Ohanaeze Ndigbo Worldwide yesterday called for the immediate arrest, and repatriation of the opposition leader of the outlawed IPOB, Simon Ekpa, to Nigeria.

Mazi Okechukwu Isiguzoro, Secretary-General of Ohanaeze Ndigbo Worldwide in a statement made available to Daily Trust in Abakaliki on Monday, accused Ekpa of being behind the killings and destruction of property in Enugu, Imo and other states.

He added that such action would serve as a deterrent to others who might want to consider being a menace to the public, particularly to the people of the South East.

“On this note, Ndigbo will liaise with relevant organizations, Finish Embassy in Nigeria, and Nigerians in Diaspora to seek ways to bring back Simon Ekpa to Nigeria to face prosecution and trials over the killings of south easterners, burning of public properties and the disturbances of public peace.

“Therefore, Ndigbo calls for the immediate arrest, and repatriation of Simon Ekpa, to Nigeria,” the statement said.