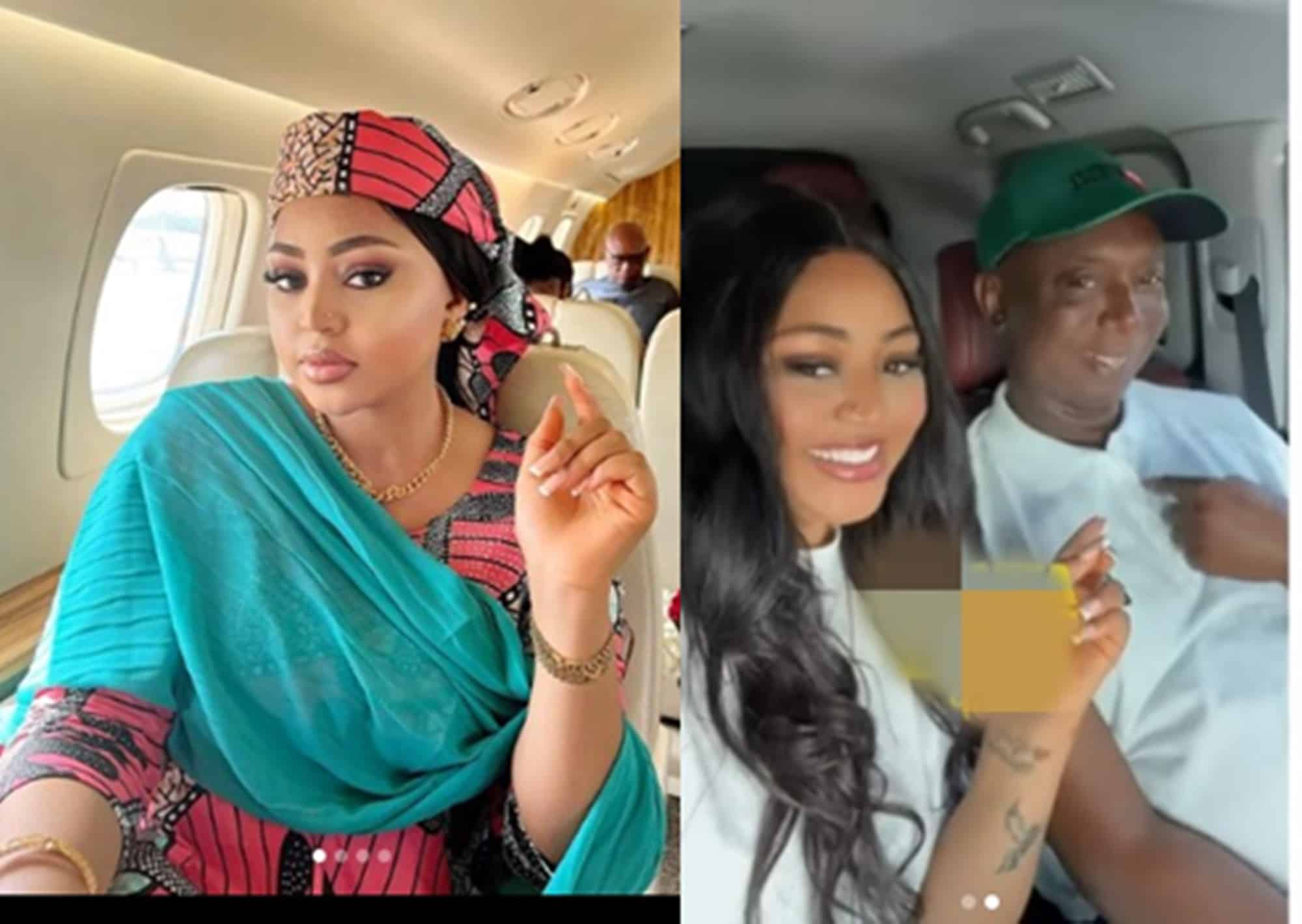 Nollywood actress Regina Daniels has made some surprising revelation about her billionaire husband, Ned Nwoko.

The stunning light-skinned actress in a recent video clip, along with her hubby, revealed some unknown truth about her husband.

In a question and answer time out, Regina who confessed to be more annoying and quarrelsome disclosed that her husband is more protective, cleaner, eats less, sleeps more and loves harder than her.

In the clip, Regina was seen chatting and laughing with her husband when he made mentioned of his looks.

In response, the movie star stated that his new look is an evidence of good living.

Giving her credits, Ned stated that she is the one who cooks for him.

Regina Daniels laughed off his statement as she revealed that she doesn’t cook for her husband.

According to her, people do not even know that she doesn’t enter the kitchen.

Concurring with her, Ned stated that Regina doesn’t cook for him, but she enters the kitchen to cook for herself.

Recall that Regina Daniels, had finally replied those who have been mocking her for marrying Nigerian politician and businessman, Ned Nwoko who is 61 year -old.

The marriage, which was contracted in April 2019, was widely criticised on social media because of the 38-year age gap between the couple.

Replying her critics, via an Instagram video, Regina Daniels asked them to ‘Shut the f**k up.”

Regina opens up on her marriage

Recall that Regina Daniels had earlier shed more light on why she married the Ned Nwoko as his 6th wife.

She said: “I don’t think I could have married someone of my age because I am quite stubborn, very stubborn, my head is not down but with my husband that is not the case because I respect him a lot,” she noted.

The 22-year-old actress had revealed this in a YouTube video interview conducted by Ifedayo Olarinde, popularly called Daddy Freeze.

During the interview, Daddy Freeze also spoke to Mr. Nwoko about his love story with Regina.

He said, “Some people thought I met her (Regina) through her mother. We met, fell in love and got married within three weeks.”

When asked if she was not bothered about the public uproar that trailed her marriage, Regina said, “The only thing I was worried about when he proposed was how I was going to tell my family and not what the public will say or think. I have learned a lot from him. I call him ‘baby’. I used to cook but my husband has stopped me from entering the kitchen because we have cooks and domestic staff.”