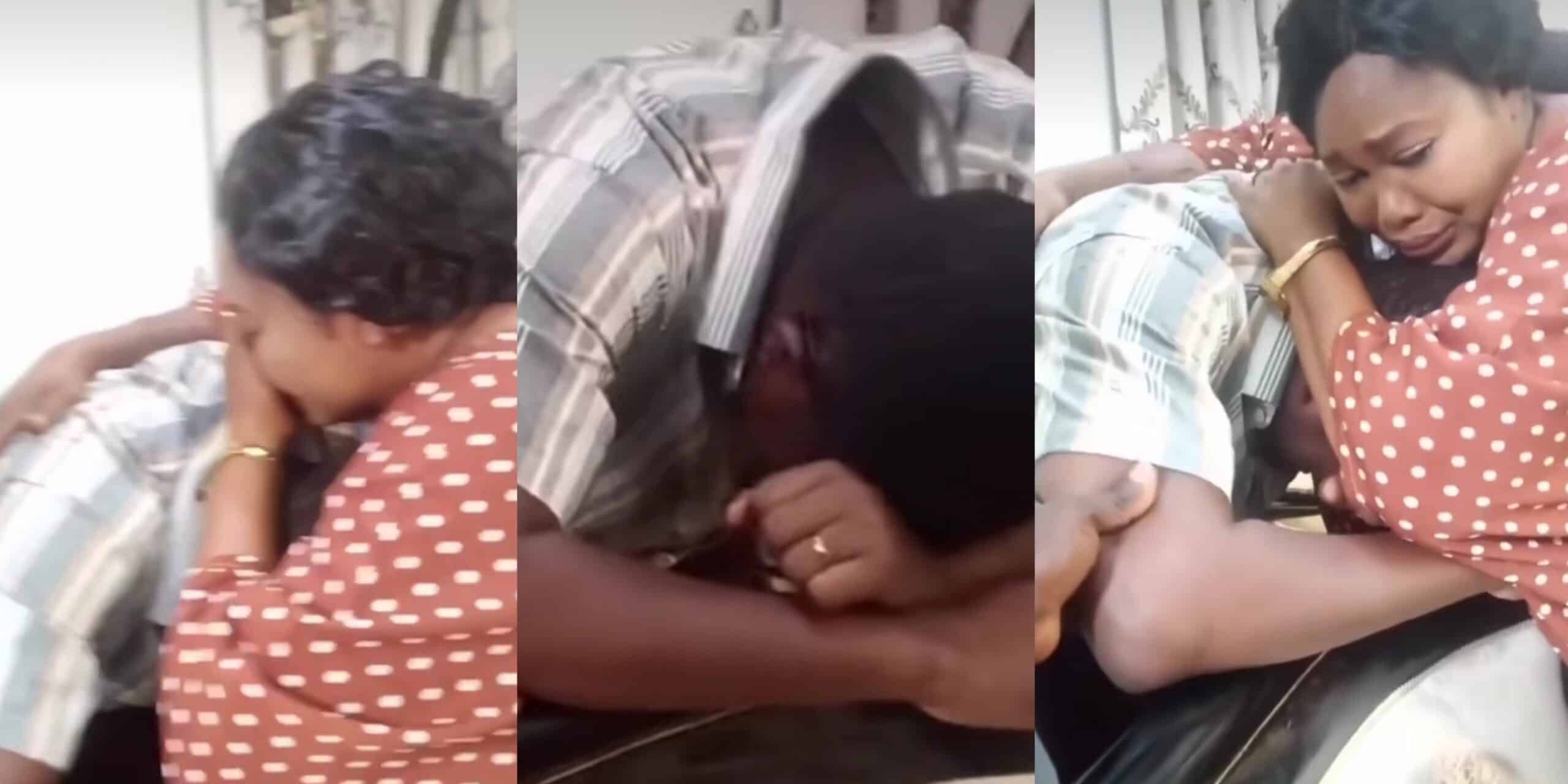 Nollywood actor, Muyiwa Ademola couldn’t control his emotions while on a movie set as he broke down into tears.

Sharing the touching moment on his Instagram page, Muyiwa noted how difficult it is separating acting from real life.

According to him, the cast of Igboran, couldn’t hold back their emotions as they all broke down into tears after filming a touching scene. The emotional scenario was ignited by actress, Omo Alausa, who stirred up the emotions of every one on set.

In a clip from the video, Toyin Alausa could be seen comforting the actor.

“There is a bridge you dare not cross in acting. Yes we are aware of this fact but sometimes we could not control not going near it.

We crossed the bridge tonight! We went too deep and we couldn’t return on time! @omoalausa1 ignited the fire and putting it out was difficult.

Everyone couldn’t control their tears including our director. This moment was even after we finished filming the scene and I was trying to console Mama @fisayomi_abebi and I slipped into again.

Separating acting from our real life sometimes become difficult hence this outpouring of emotions. This wasn’t acting, this was us getting humbled!!

This isn’t the first time, Muyiwa Ademola is in an emotional movie set.

Recall that Muyiwa Ademola had consoled Veteran actress, Mama Rainbow, who couldn’t hold back her tears while shooting a movie scene.

The talented actress wept uncontrollably as she brought her role to life and it took a village of her junior colleagues on set to calm her down.

The 79 year old Mama Rainbow, had to transform herself into her role and she couldn’t hold back the hot tears that rushed down her cheeks due to the touching scenario.

The scene was so touching that the actress wept profusely.

According to Muyiwa Ademola, they had to calm her down for hours before she could regain herself.

He noted how many of them have to cross the bridge to the world beyond in order to give justice to their roles.

He stated that often times, getting back into one’s true character becomes difficult.

“We were just working through the limes and Mama could not control her tears. It took so much effort to calm her down. We sometimes cross the bridge to the world beyond in order to give justice to our roles and getting back becomes quite difficult”.

KFN recalls that Muyiwa Ademola had melted the heart of his colleague, Bimbo Oshin, by not only surprising her but showing her love for her 50th birthday celebration.

Bimbo Oshin had celebrated her first birthday, on Sunday, July 24, without her husband Dudu Heritage in 22 years.

Still remembering her husband, Dudu Heritage, who died in September 2021, Bimbo Oshin, who turned 50 had a quiet birthday celebration with her family and loved ones.

Deciding to shower love on her, actor Muyiwa Ademola showed up at her home with a surprise birthday cake delivered himself.

Muyiwa, better known as Authentic, posted a video of himself presenting the cake to Bimbo, who got emotional and thanked him. 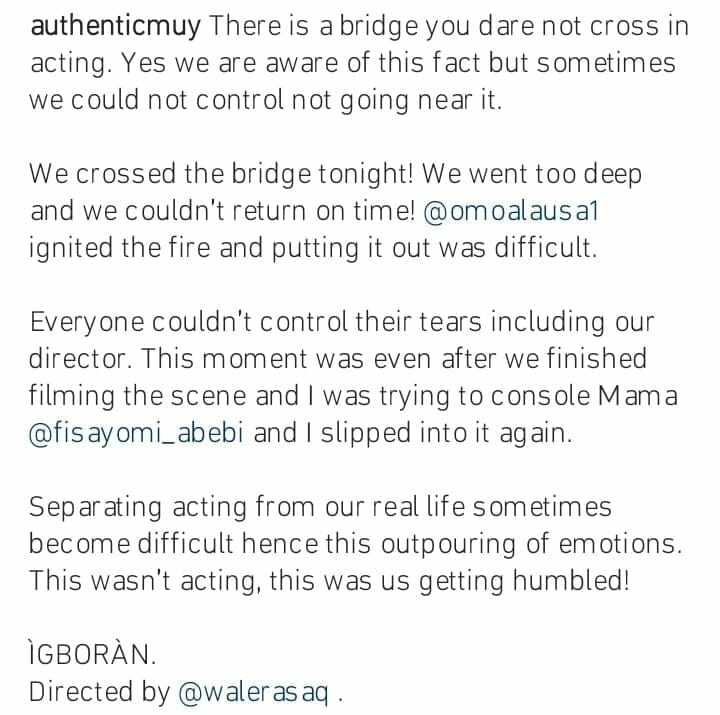