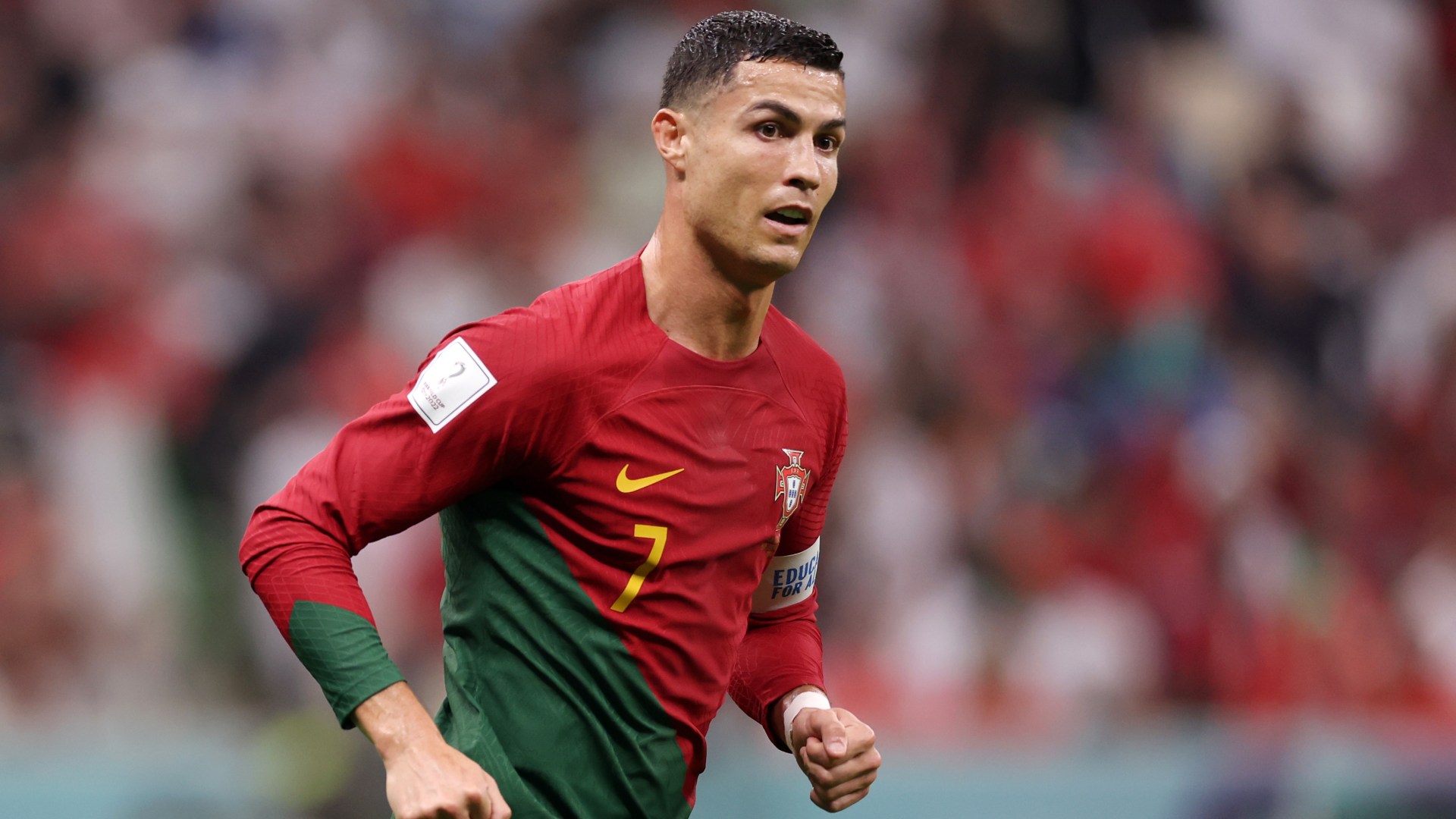 Cristiano Ronaldo is no stranger from standing out from the rest when he steps out onto a football pitch. 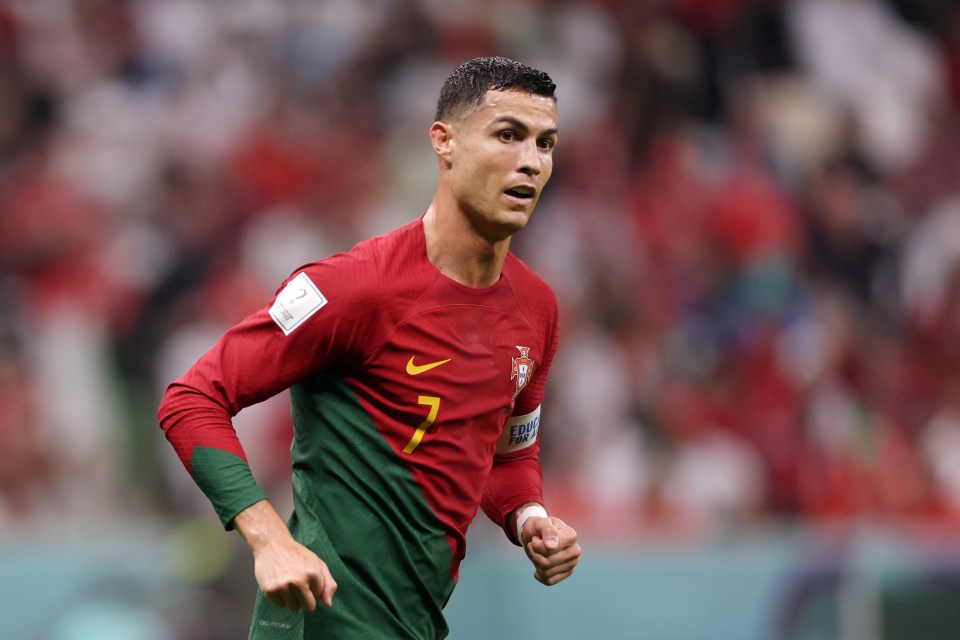 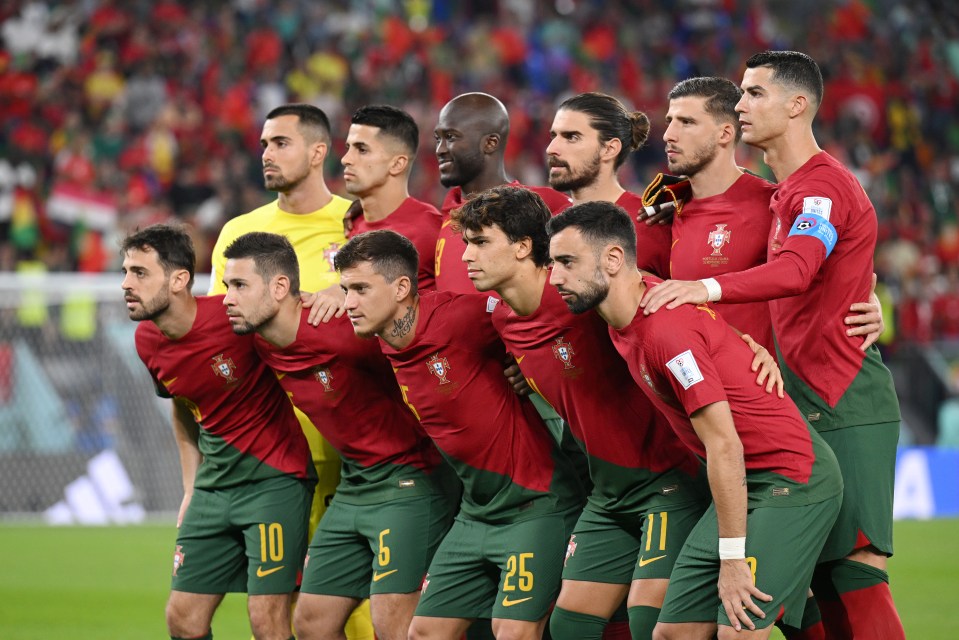 The Portugal captain’s signature look stands out from his teammates

While he waited for his time to shine, Ronaldo donned the appropriate short sleeve and bib combo needed to warm up in the Qatari heat.

Yet fans noticed that when he was introduced as a second-half substitute he was the only Portuguese player with long sleeves.

It’s been part of a trend Ronaldo has adopted for the past decade following stints at Manchester United, Real Madrid and Juventus.

Ronaldo burst onto the scene, with many of his formative years wearing short-sleeved shirts for club and country.

Now he stands out for his less-traditional attire which he wears regardless of the weather – which eliminates the chance that he’s just feeling the cold as he gets older! 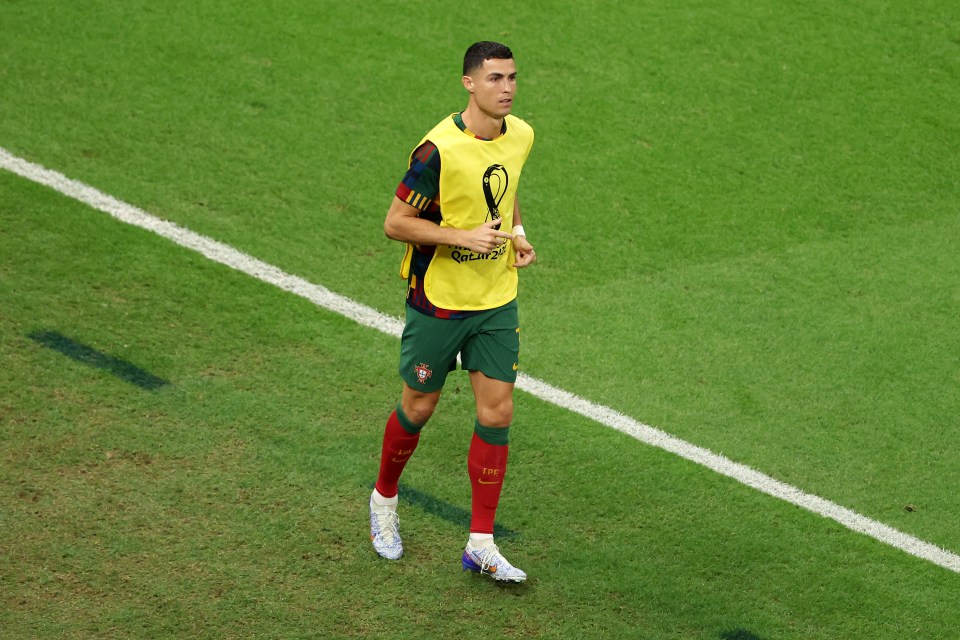 There is no official reason as to why Ronaldo prefers the added warmth by wearing long sleeves so let’s run through some of the more likely.

Weather conditions aside, it’s possible as Portugal captain that Ronaldo wears long sleeves so his armband has better grip during games.

However, as mentioned, the five-time Ballon d’Or winner also sports the look at club level where he rarely acts as skipper.

Now onto the two most probable reasons, starting with Ronaldo’s strict diet and physique that has kept him at the top for so long.

Part of what has aided him with that is his recovery after games and avoiding injuries – both of which long sleeves can aid with. 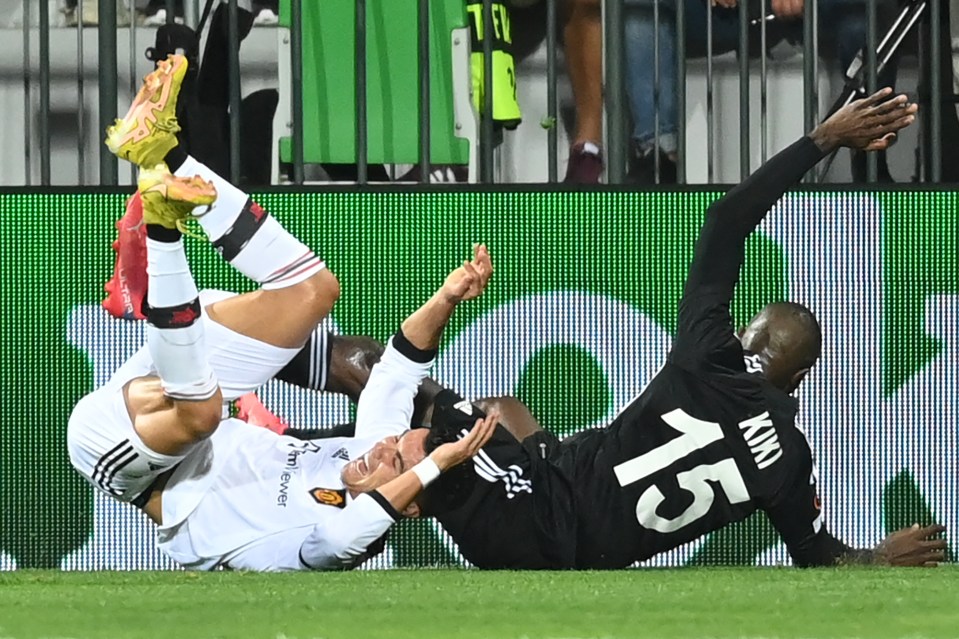 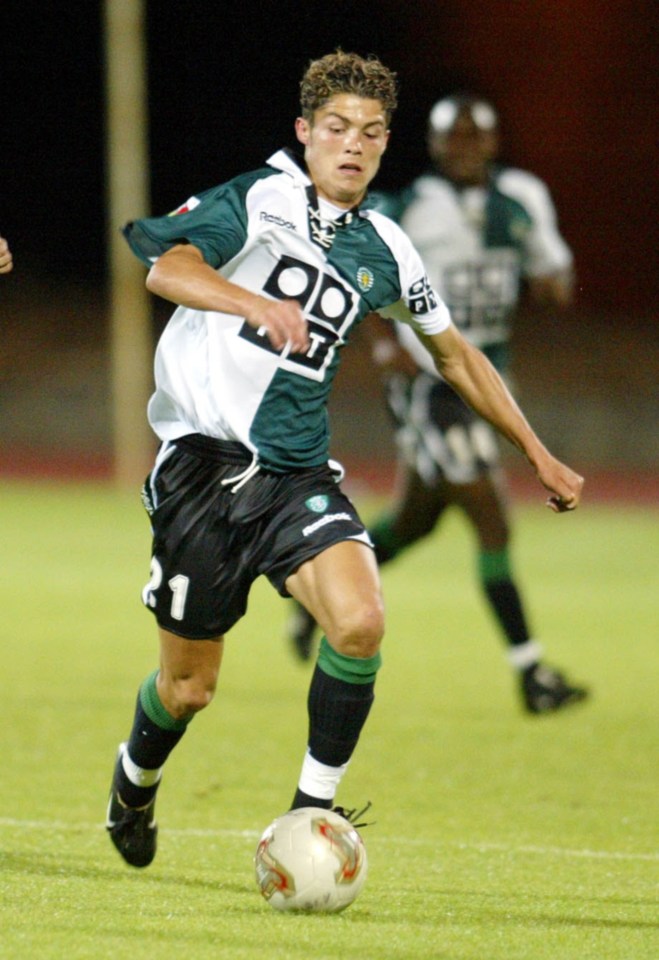 The long-sleeve Nike jerseys that Ronaldo wears compress the arm muscles which increases blood flow to help his recovery and also better protects his arms from minor cuts and bruises when he hits the ground after being fouled.

The other possible explanation for his long sleeve preference might simply a superstition or a fashion choice.

The CR7 brand is one that has taken over the sporting world from his celebrations to his signature look.

In recent times, Ronaldo has broken his trend on occasion – wearing short sleeves during a game in Euro 2020 for 45 minutes. 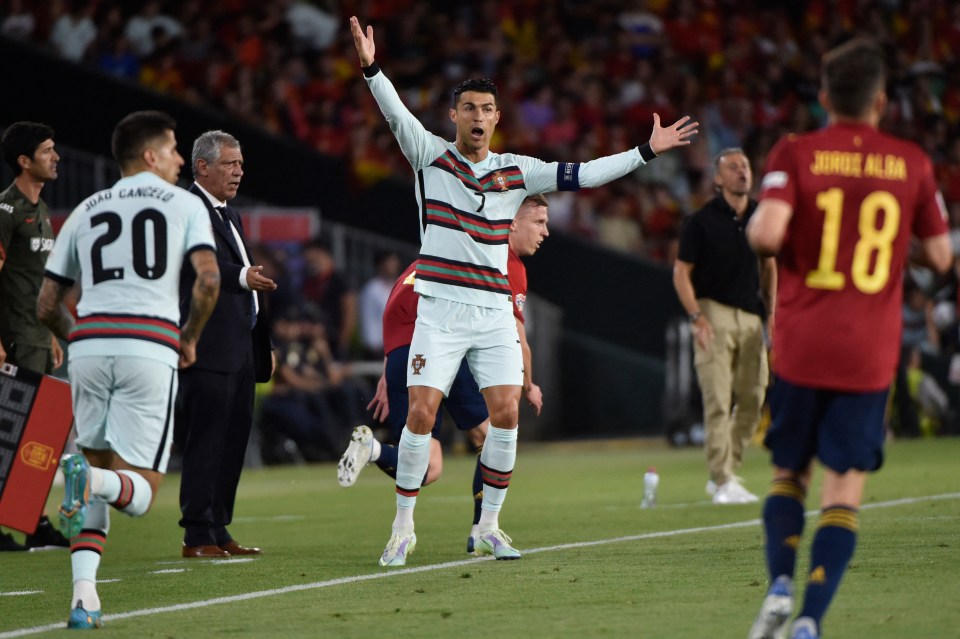 Ronaldo’s preference could be down to maintaining his signature look 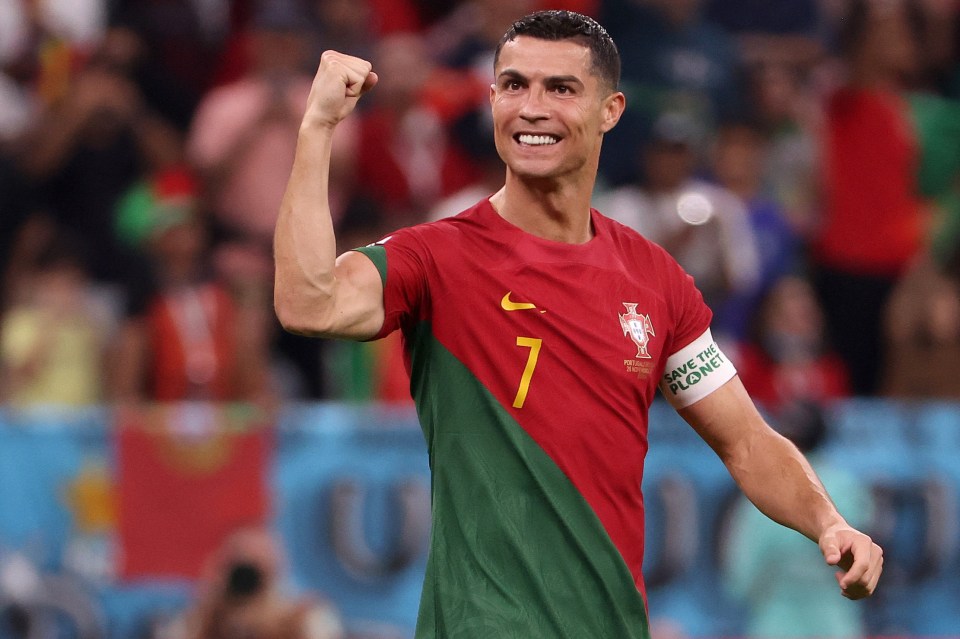 But sometimes he’s forced to accommodate to weather conditions

The forward started a first half group-stage game against Germany in his signature long sleeved attire.

But the above 30 degrees Celsius in Munich meant Ronaldo disregarded injury fears, or worse fashion crimes, by emerging after the break in shorter sleeves.

Portugal went onto to lose 4-2 that day and considering Ronaldo wore short sleeves for his country’s Euro 2004 and World Cup 2006 tournaments – which both left him in tears – and longer ones for their Euro 2016 triumph it may even be a superstitious thing.

Whatever it is, Ronaldo continues to be a trend setter everywhere he goes…