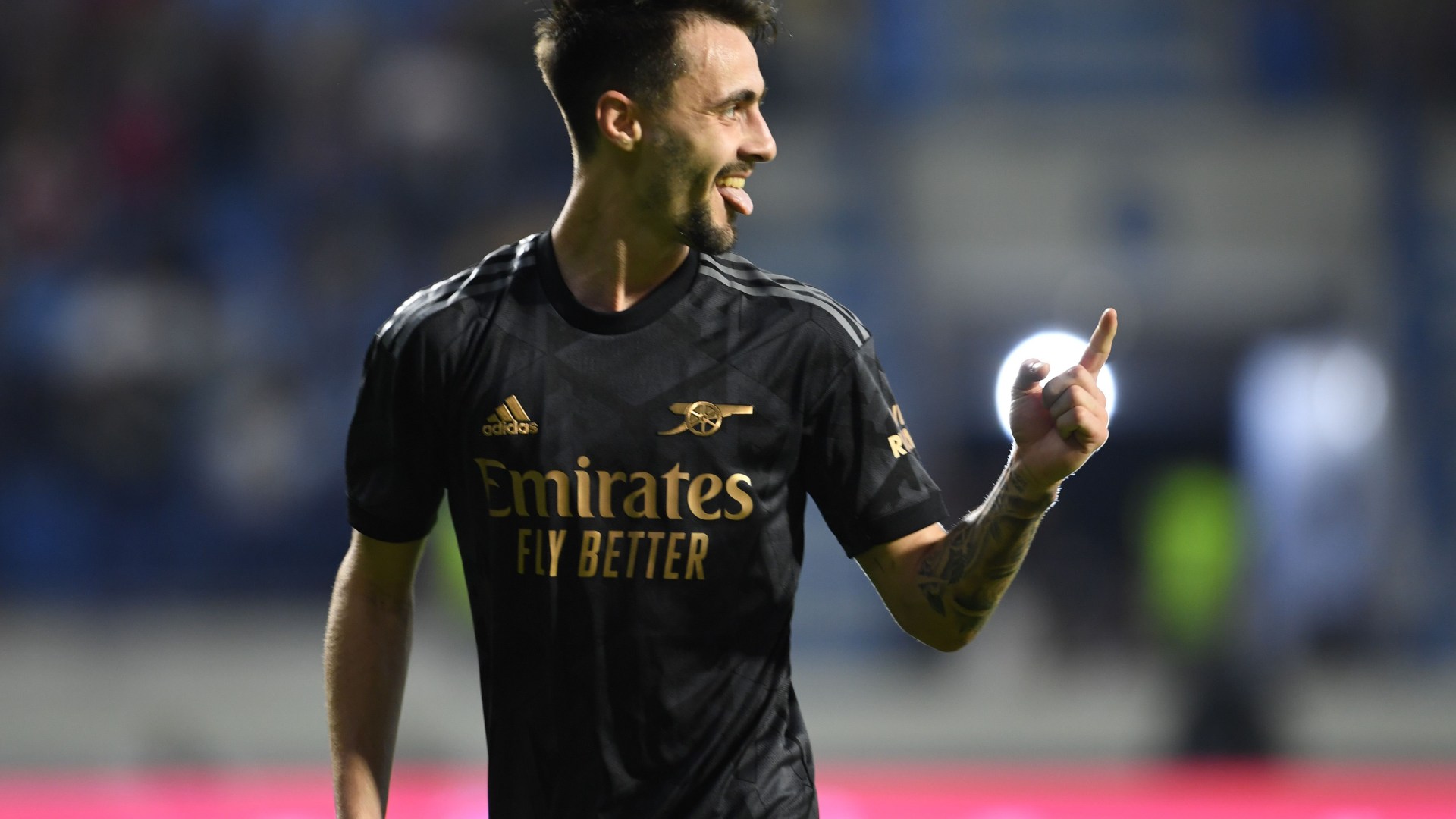 Arsenal turned on the style as the Premier League leaders prepared for a return to football, scoring three confident goals in their friendly win over Lyon.

Summer signing Fabio Vieira managed the pick of the bunch, completing the 3-0 win with a stunning strike before the team were forced to play a penalty shoot-out. 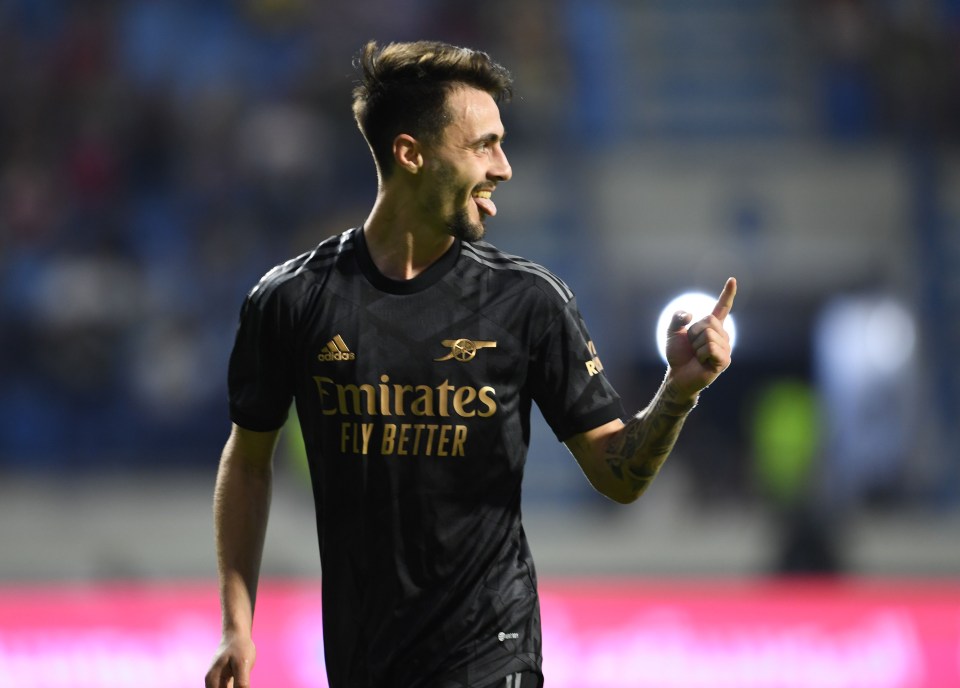 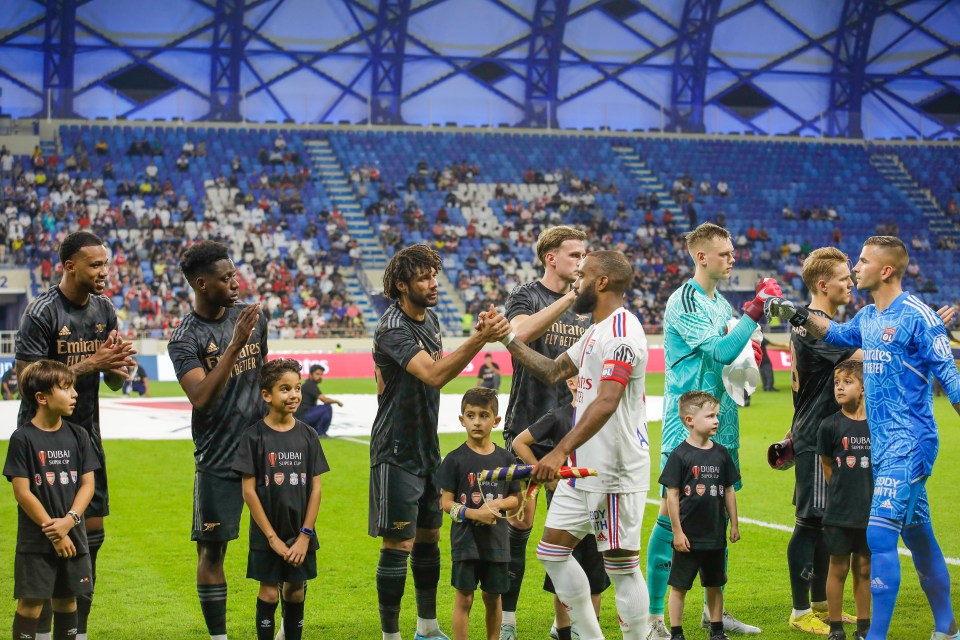 They won that too, though, as third-choice goalkeeper Karl Hein was able to shine with four saves out of five to gain an extra point in what’s been dubbed ‘The Dubai Super Cup’.

But Vieira, a £34million purchase from FC Porto, was the star of the show, with his first-half rocket the highlight of the match.

It came after an impressive box-to-box passing move showed the Gunners have no rust left from their table-topping start to the season.

The 22-year-old will have pleased Mikel Arteta ahead of their season resuming against West Ham on Boxing Day, but his early involvement may have been even more important.

Just six minutes before his goal, the Portuguese assisted Eddie Nketiah to make it 2-0, with the striker’s role in Arsenal’s trophy charge increasing in importance.

The Gunners lost star striker Gabriel Jesus to a knee injury which he picked up for Brazil at the World Cup, and he could end up missing up to three months after surgery. 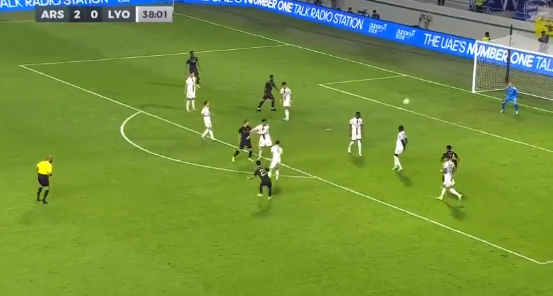 Vieira’s goal was a beauty 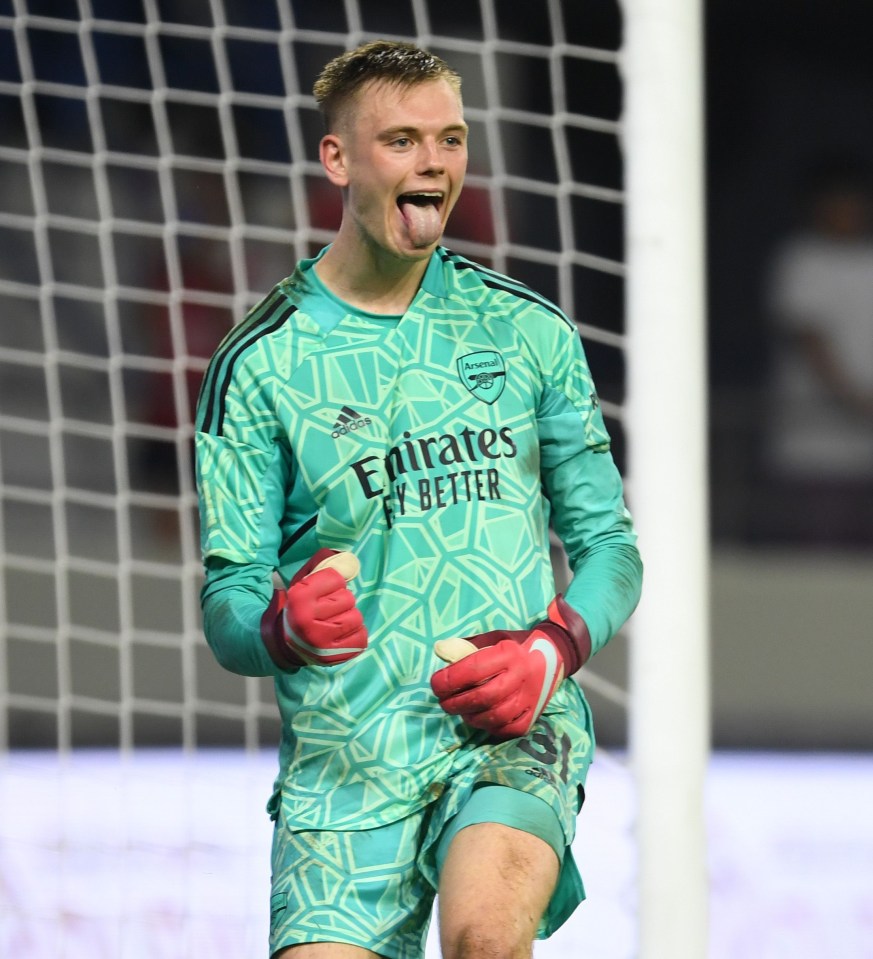 That means Nketiah could be crucial as his side attempt to hold off Manchester City, with Arteta unable to offer an update on Jesus.

Speaking post match, he was asked if he knew when the striker would be back, and said: “No. We know that he needed some intervention in the knee and we have to take it day by day, week by week and see where that takes us.”

When asked about plans for the January transfer window, Arteta continued: “What it affects is who we are as a team because he gives us so much.

“What we can do after that when we know the timescale better and when we can have him back we will look at the options and try to make the right decisions.” 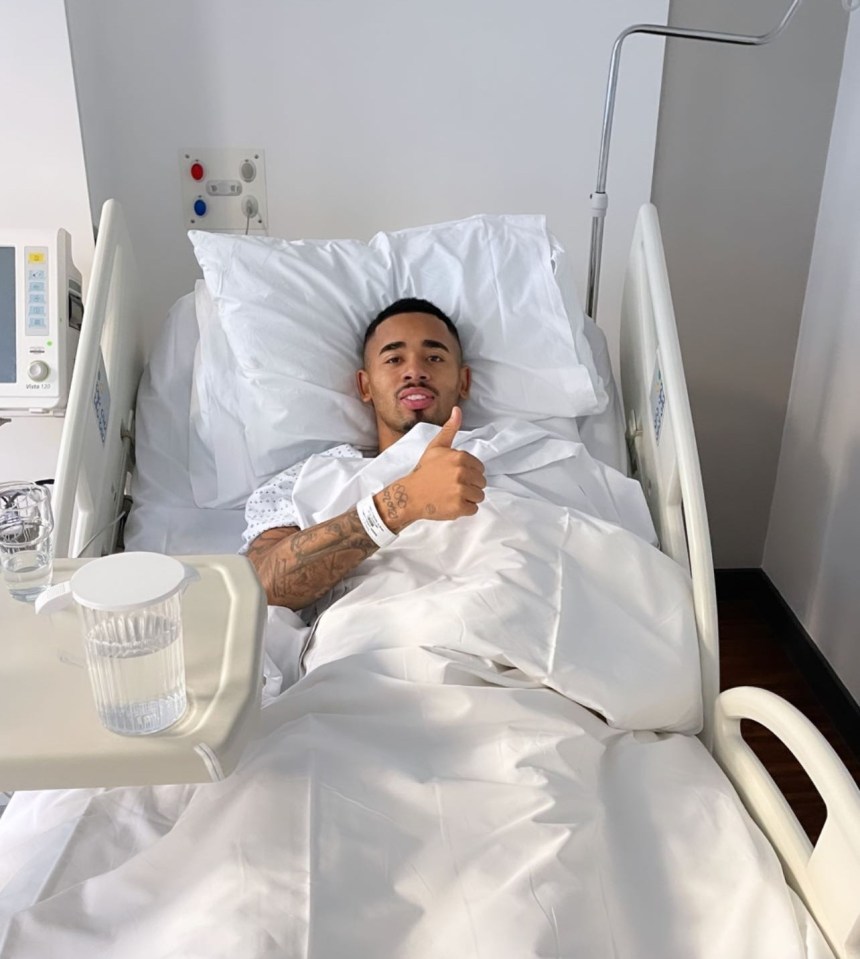 Jesus’ injury is a big problem for Arsenal 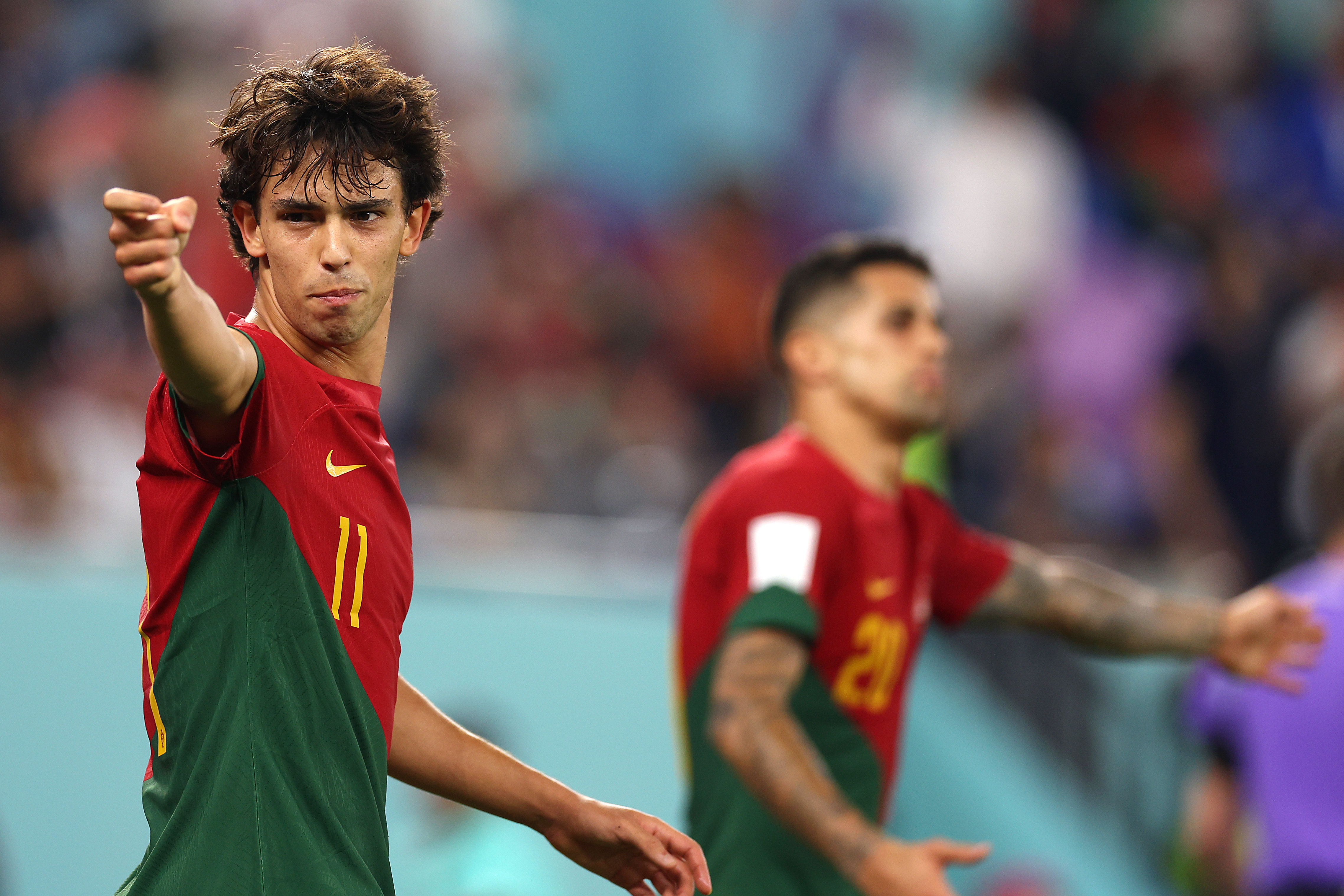 Could Joao Felix be the solution?

Before the game, Arsenal were one of the names linked with Portugal’s Joao Felix after Atletico Madrid’s CEO admitted the star striker will be allowed to leave if the right offer comes in.

The other goal in the game was scored by Gabriel Magalhaes from a corner, with Arsenal now set to face AC Milan and Juventus before returning home.