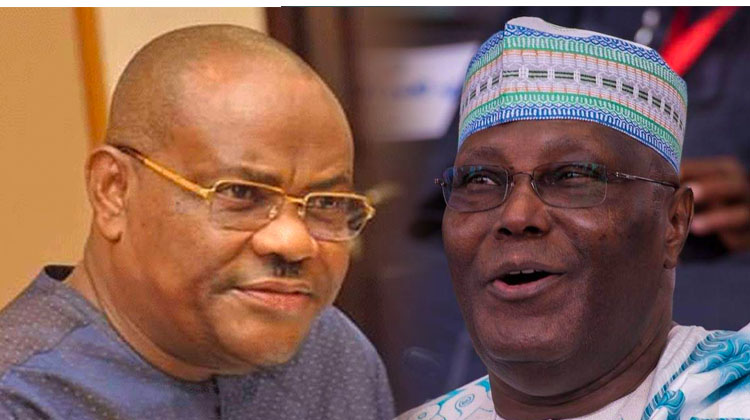 The former vice president and presidential candidate of the Peoples Democratic Party (PDP), Atiku Abubakar, has extended goodwill message to the Rivers State governor, Nyesom Wike on his 55th birthday.

The former vice president prays that “all lines fall in pleasant places” for the governor.

He wrote: “As you turn 55 today, I pray that all lines fall in pleasant places for you. Enjoy your special day. -AA”

Wike had contested during the PDP presidential primary won by Atiku.

However, the duo’s relationship went sour after Atiku picked the Delta State Governor, Ifeanyi Okowa, as his running mate instead of him (Wike).

The crisis was compounded by Wike’s call for the national chairman of the party, Dr Iyorchia Ayu, to step down.

The call, championed by Wike and his allies, is based on the grounds that the PDP presidential candidate and the national chairman should not be from the same region (North).