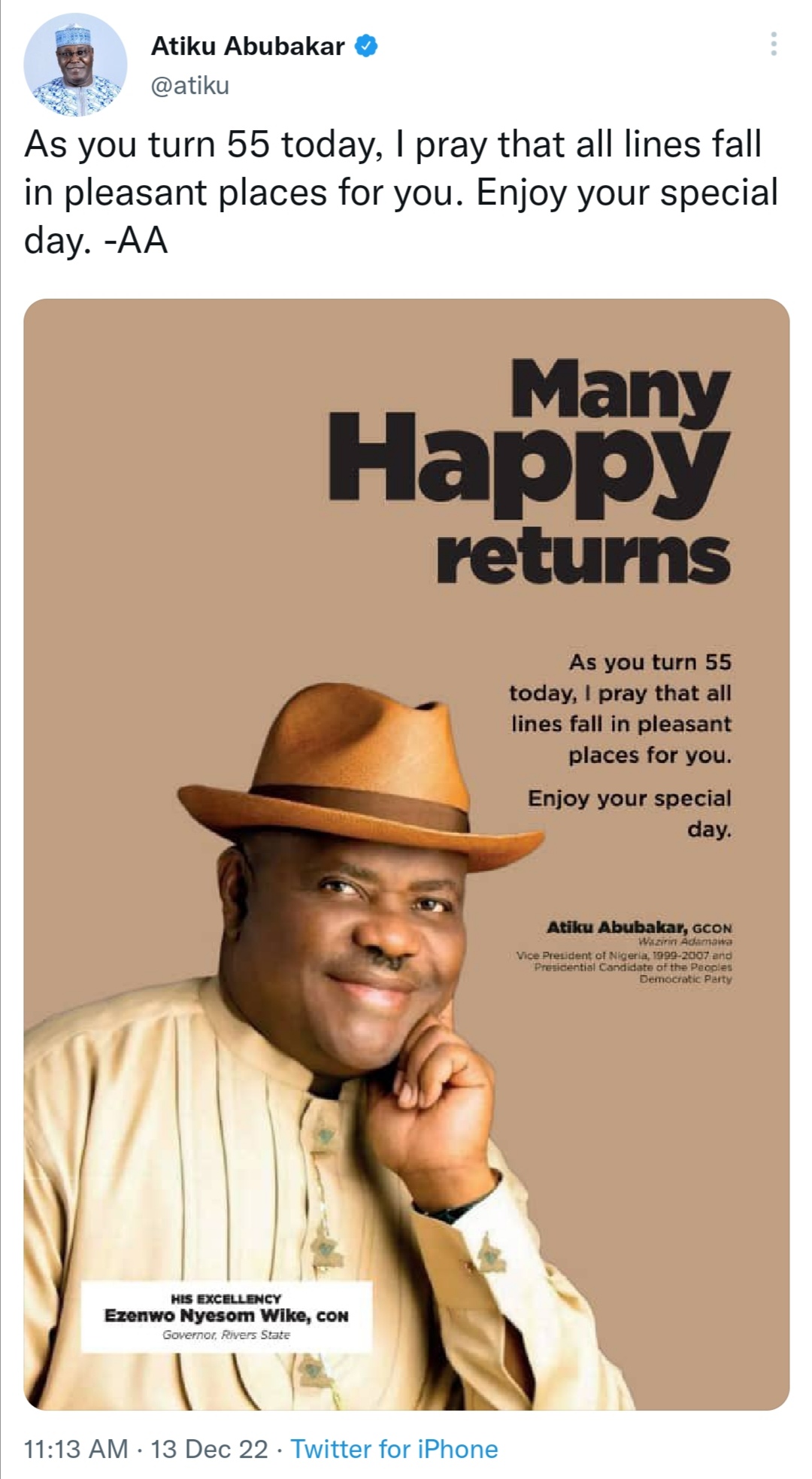 Despite the conflict between the duo, the presidential candidate of the People’s Democratic Party (PDP), Atiku Abubakar has celebrated governor Nyesom Wike of Rivers State on his 55th birthday anniversary.

Atiku congratulated Wike, in a statement via his verified Twitter handle on Tuesday and may be extending an olive branch to his political arch-rival.

“As you turn 55 today, I pray that all lines fall in pleasant places for you. Enjoy your special day,” he posted with a bold, smiling photo of the Rivers governor.

Following the PDP presidential primary in May where Wikelost out, he has been at loggerheads with Atiku over the chairmanship of Iyorchia Ayu. Wike with four other PDP governors known as the G5 or the Integrity Group have insisted that Benue-born Ayu must step down for a southerner as a precondition to support the 2023 ambition of Atiku.

Reports showed on Sunday that the director general of Atiku’s Campaign, governor Aminu Tambuwal of Sokoto State visited one of Wike’s ally and a G5 member, governor Samuel Ortom of Benue State in a move to resolve the crisis.

Later the same day, Atiku, on Channels Television’s The People’s Townhall, said has met Wike five times to resolve the issue but there is no end in sight. Ortom and Wike subsequently shunned Atiku who was in Benue on Monday for campaigns.