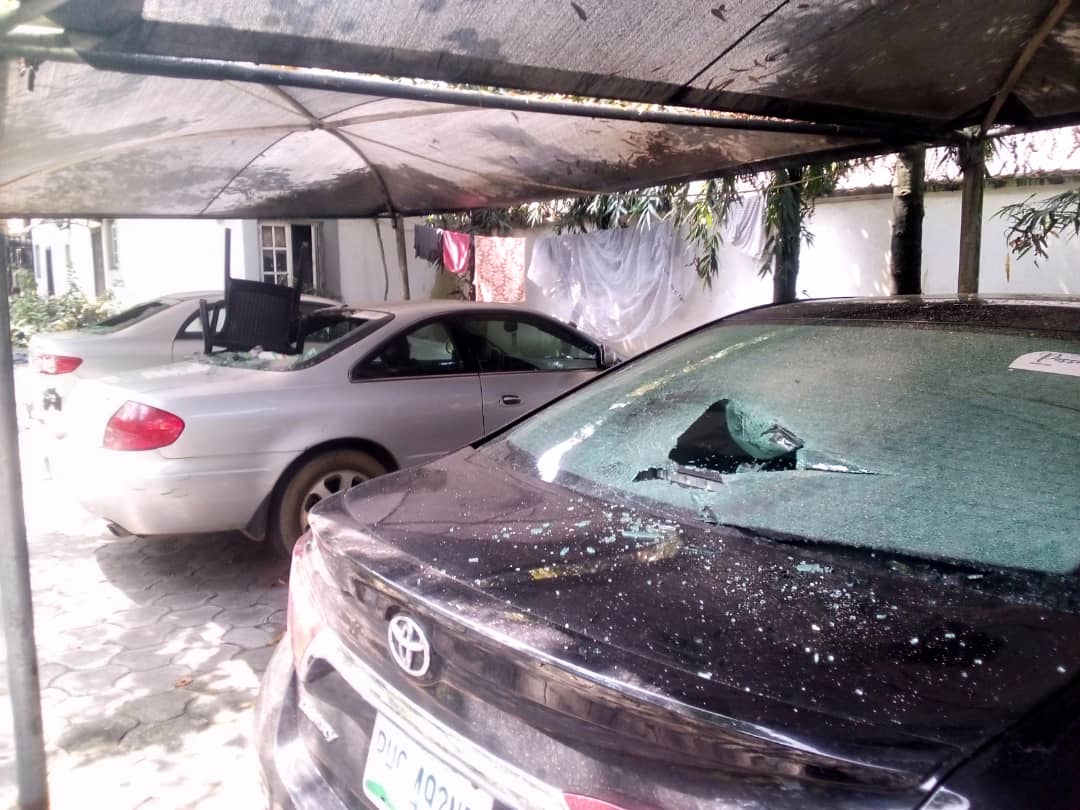 Rivers State Commissioner of Police (CP), Okon Effiong, has said the attack on the residence of the Chairman of the Peoples Democratic Party (PDP) Presidential Campaign Council in the State, Lee Maeba, by suspected thugs, may have been purposely orchestrated.

Effiong said this as unknown gunmen on Wednesday night shot and wounded Rhino Owhokire, a supporter of the PDP presidential candidate, Atiku Abubakar, in Ikwerre Local Government Area of the State.

The CP, who spoke while addressing journalists in Port Harcourt, the state capital, said he found it questionable that only old and rickety cars were destroyed in Maeba’s compund while the luxurious cars were left untouched.

He also found suspicious Maeba’s claim that the thugs jumped through the gates into his residence, pointing out that when the former lawmaker’s gates were analyzed, no damages were found.

Effiong said: “About 9 or 10 security personnel are in his compound. Apparently because he was satisfied with what I did, as soon as the Deputy Commissioner of Police got there, investigation commenced.

“He was asked to make a statement. To him, that isn’t the procedure but as we speak from that day till today, he hasn’t written a statement. I called him the next day and told him we needed to see his statement but he was waiting on his lawyer.”

Meanwhile, a short video posted on social media showed Owokhire bleeding profusely from his mouth while another picture showed a bullet hole on his car as he escaped death

The Rivers State Police Command was yet to react to the latest incident at press time.