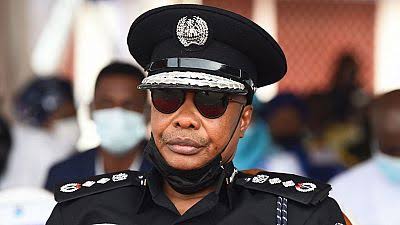 The Police Chief who was represented by Dandaura Mustapha, Deputy Inspector-General in charge of operations, spoke on Friday when he appeared before the House of Representatives ad hoc committee investigating attacks on the facilities of the Independent National Electoral Commission (INEC).

Baba said the attacks on the offices of the electoral body increased after the ban on political campaigns was lifted.

“When INEC finally lifted the ban on campaigns, the campaigns commenced, and what we realised initially was inter and intra-party disputes.

“We realised that members of political parties were destroying billboards, posters, campaign offices in some parts of the states. We quickly alerted the commissioner of police in charge of the commands and gave them clear directives that it is the right of every political party to go to all the nooks and crannies of society and campaign.

“It is a constitutional right so on no account should a state governor or any state actor prevent political parties from moving about to do their campaigns.

“We now come to the immediate attack on INEC facilities. Of recent are the ones that took place in Osun and Ogun, Ebonyi, Imo, and Enugu.

“What we discovered is that — we all know in this country — it is a well-known fact that in the south-east geo-political zone, we have issues of secessionists — the IPOB and ESN.

“These groups are bent on stopping elections from taking place in the south-east.

“They have been doing it, especially now that the ban on campaigns has been lifted. The election is approaching very fast and they are putting much pressure to see that this election does not hold in the south-east political zone.

“In the south-west, we equally have the pro-Yoruba secessionists that are equally bent on succeeding and not allowing election to take place in their areas, hence the attack on INEC in Osun and Ogun of recent.

“There are other ones that are sponsored by politicians and other stakeholders. There is also an issue of failed and desperate politicians who are bent on stopping INEC from conducting this election.

“The failed politicians are those who could not come back (win election) through any political parties, and as far as they are concerned, ‘let everything spoil, let everything scatter’.

“They are using that opportunity to sponsor illiterate followers of the party and hoodlums to make sure that this general election does not hold and should not be successful.

“On the part of the desperate politicians, they feel that since they cannot stop INEC from taking all these measures (to stop election rigging) let them sponsor hoodlums to make sure that this election should not be a successful exercise.”

According to Dandaura, the IGP met with political party leaders and INEC representatives in November, during which it was emphasised that politicians should caution their supporters to “desist from the hooliganism” of disrupting the campaigns of their opponents.

The IGP also met with the operational officers of security agencies in Abuja and discussed measures to be taken to safeguard the facilities of INEC.