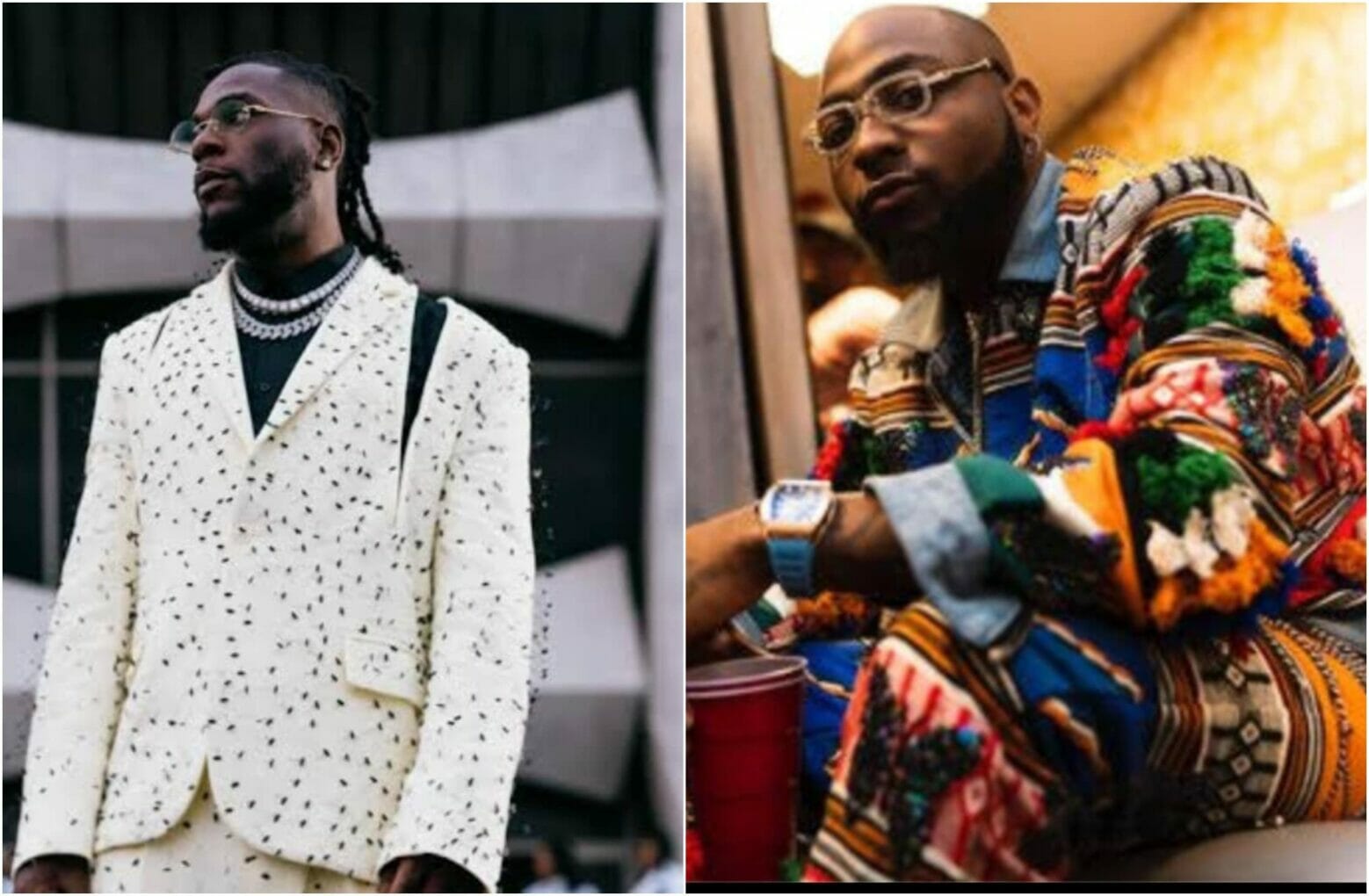 Burna Boy’s every move since ascending the throne of music appears to be one of constant disrespect for his contemporaries in the music industry and attempting to make anyone other than himself, less.

This is surprising coming from someone who calls himself an African Giant and claims that the battle he is fighting is not limited to him but about respect for the African artist.

Even if it’s nothing new, Burna Boy frequently appears to criticize other musicians on social media, notably Davido.

On an Instagram post following Davido’s declaration of himself and Wizkid as the “2 best of all time,” a fantastic illustration may be seen.

Burna is so confident in his ability and industry that he posts a remark that reads, “Everyone knows you cannot play football…but your daddy purchased the football team.” He doesn’t like to be left out of any discourse, especially one that implies greatness.

We all agree that Davido’s privilege brought on by his father’s name cannot be removed from his story; evidence of it opening doors or facilitating access is evident throughout his rise; however, to make that the focal point of his story and success in this era, more than ten years after he began this journey, is wildly unfair and is not a Davido problem; rather, it is a “Burna Boy” problem.

Yes, Davido’s father is mad rich, however, many people have refused to look beyond the surface of how he risked his father’s support for his career.

In order to pursue his passion, Davido truly put his father’s support at stake in the beginning. Although he didn’t need the deal, he also gave Flytime owner Cecil Hammond his demo CD in the hopes of getting signed. It was also a move by someone who was willing to put in the work, disregarding his father’s large money account, to approach Modenine, who was the more well-known artist at the time, and ask him to record on a beat he developed.

Should we talk about the Wizkid and Wizkid FC shade from Burna Boy?

Burna Boy attacked the members of Wizkid FC after quoting a video footage of Professor and Literature Nobel Laureate, Wole Soyinka speaking on the removal of history from curriculum of schools in the nation.

The singer responded with a photo of a Wizkid FC member identified as @Mista_Mdee and wrote;

“I said this same thing a while ago but Wizkid Delusional Twitter fc said I was lying. Maybe if your true history was taught in your schools Wizkid would have a smarter Twitter FC instead of idiots like this.”

Oh, wat, let’s talk about how Burna and Wizkid teamed up against Davido on social media.

News Centric news reported earlier that Wizkid had sent a message to his colleagues in the industry on how to address him.

Reacting to it, Burna Boy concurred with Wizkid on him being the father of the music industry.

He, stated that he was the uncle to Davido in the industry.

“Lmao, normally Wizkid na every Naija artistes popsy for sure. But I be Uncle to Davido for the Music thing!!! Yes I said it!!!”.

I don’t understand why Burna Boy has to be this condescending to pass his message. Is it a desperate move to stay relevant? Why do these supposed rich kids should be squeezed to lessen the impact of their background on their quick growth and privileges. It is the responsibility of society to study the widening class disparity, but it would help if we stopped condemning people.

Davido has earned his success on his terms and according to his desires, and he merits the respect that goes along with it.