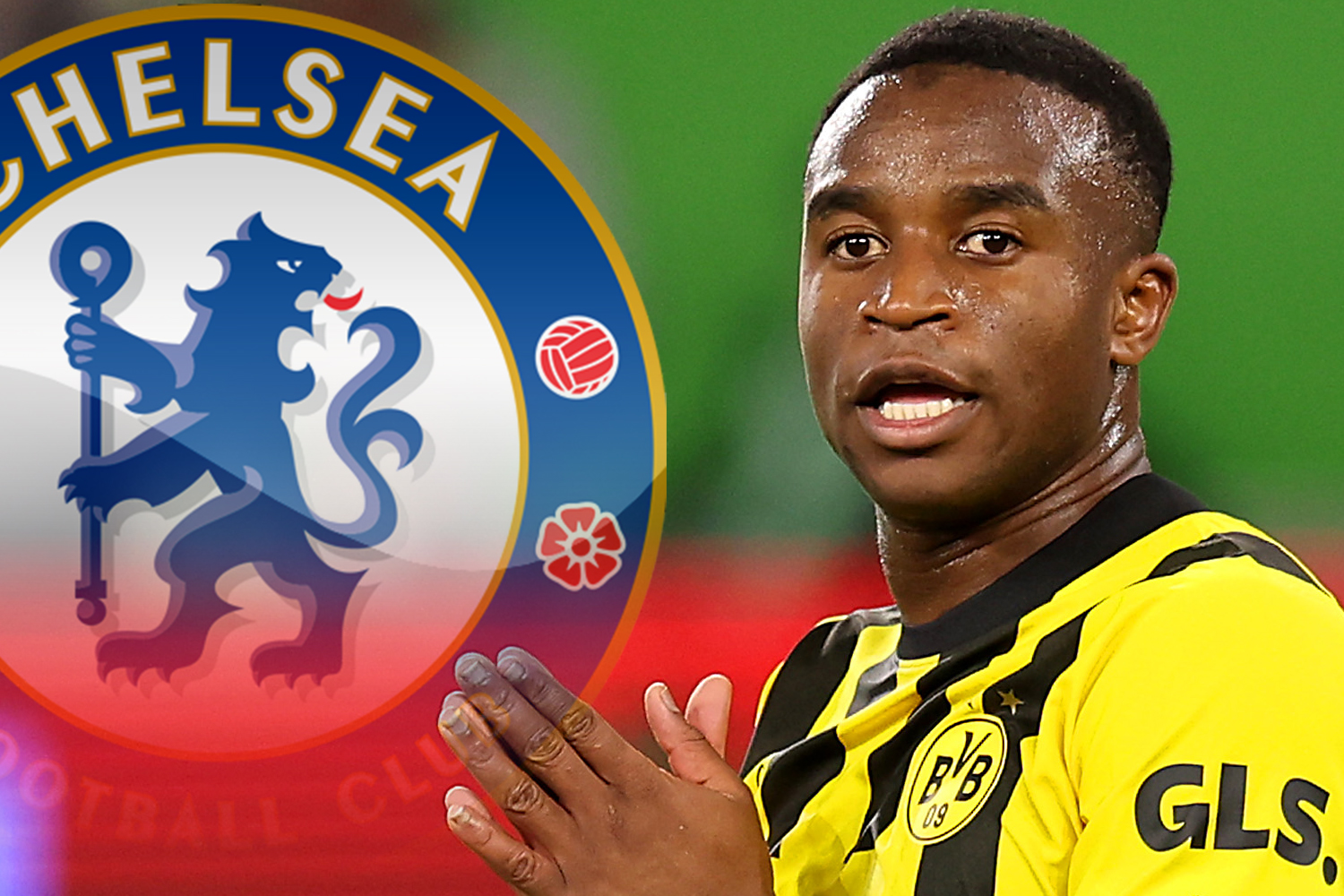 Chelsea are one of several teams eyeing a sensational swoop for Borussia Dortmund wonderkid Youssoufa Moukoko, according to reports.

The 18-year-old has been earmarked as one of the stars of the future and was even picked in Germany’s Qatar World Cup squad. 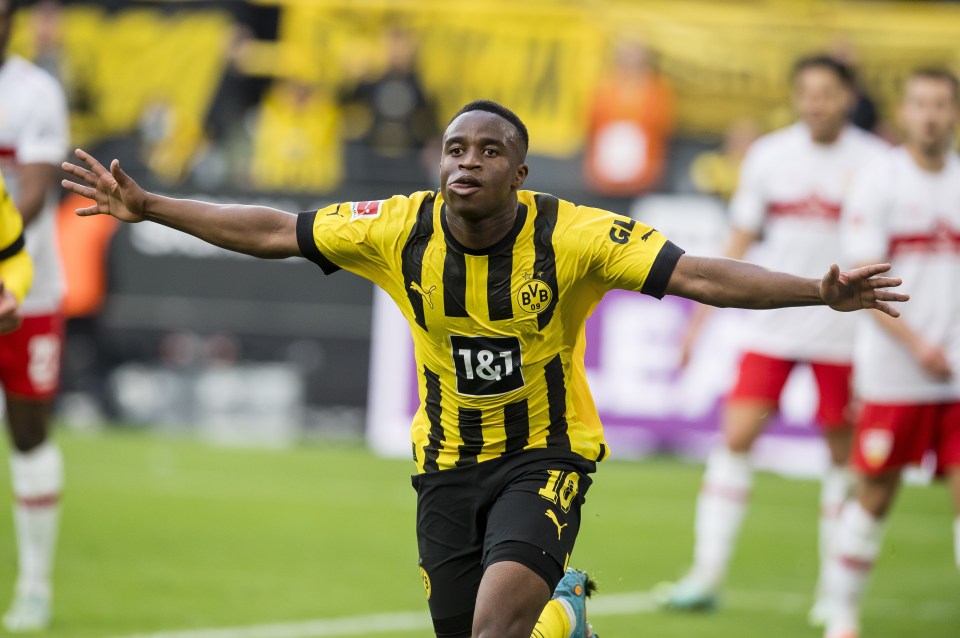 Moukoko is a target for Chelsea, Man United and Liverpool

Following a breakout season with Dortmund, many teams are keen to secure his services, with his contract up at the end of the campaign.

According the The Athletic, Chelsea are understood to be in pole position to land the highly-rated teenager.

The report claims while a deal is ‘certainly not done’, other Premier League clubs are also interested in Moukoko.

Chelsea could opt to secure the player on a free in the summer, but a January move has not been ruled out.

The Blues are in need of reinforcements after their downturn in form before the World Cup.

Manchester United and Liverpool have also been credited with an interested in the teen. 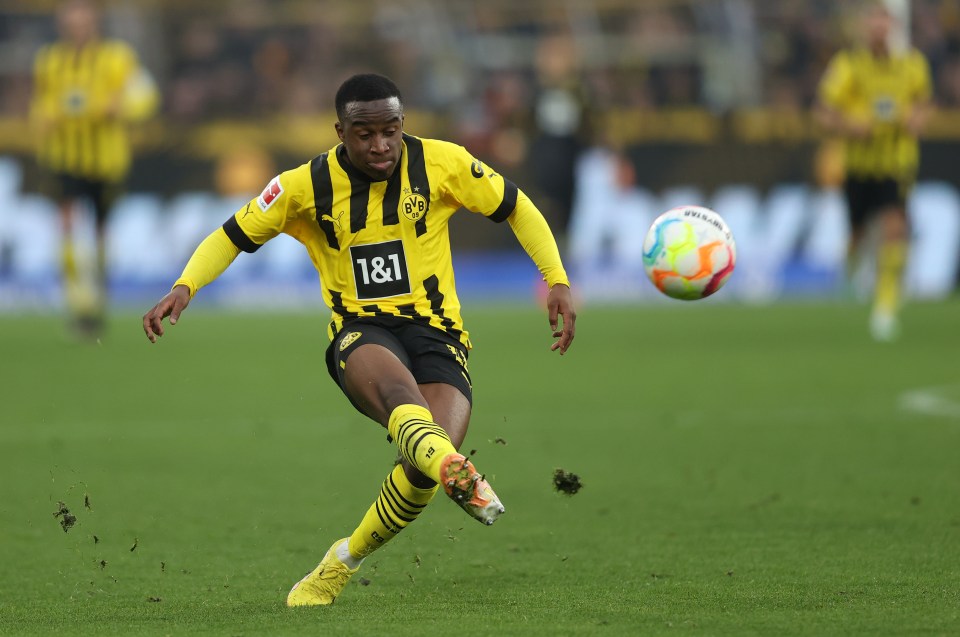 Journalist Fabrizio Romano added that teams will push to sign him in January should no new contract be agreed.

He wrote on Twitter: “Moukoko deal. BVB have still chances to extend his contract, player has great relationship with Terzić & club — but timing is crucial, they’ve to act within December with good proposal.

Moukoko became the youngest player to represent Germany last month, after coming off the bench during his country’s shock World Cup defeat to Japan. 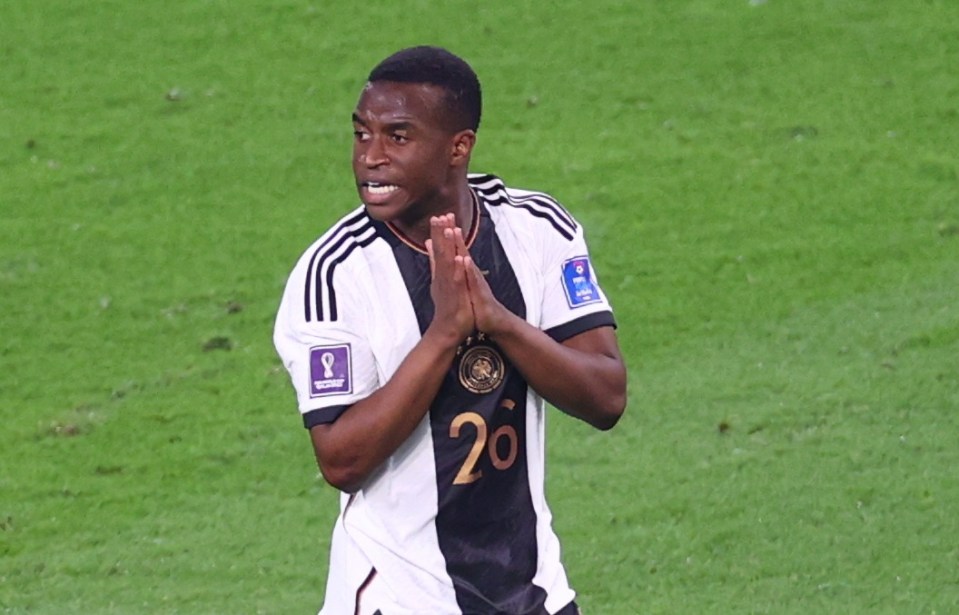 Moukoko made one appearance at the World Cup

Sebastien Haller’s testicular tumour has saw the 18-year-old step up to the fold, with the ex-West Ham striker missing the first half of the campaign.

Moukoko has impressed, managing six goals and three assists in 14 appearances in all competition for Dortmund.

Chelsea must act fast if they are to secure the youngster, with both United and Jurgen Klopp’s Reds waiting in the wings.