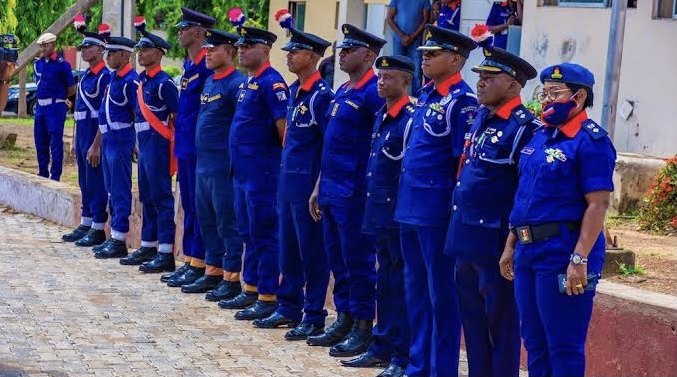 The Nigeria Security and Civil Defence Corps (NSCDC) has inaugurated command heads of its anti-corruption unit as part of its resolve to promote transparency in its operations.

Ahmed Audi, NSCDC commandant general, said at the event in Abuja that the Anti-Corruption and Transparency Unit (ACTU) would monitor the conduct of personnel during the 2023 general elections.

“They would enlighten both NSCDC personnel and civilians about the need for integrity, as well as the anti-corruption stance of the corps for the elections. No meaningful reform for growth and sustainability is possible where corruption reigns,” Mr Audi explained.

According to the NSCDC chief, from 2018 to date, ACTU has recovered over N120 million from various corruption-related cases.

He urged the new ACTU heads across all NSCDC formations to be the corps’ anti-corruption ambassadors.

“You must not leave any stone unturned in ensuring that NSCDC at your various commands is 100 per cent ethics and transparency compliant. Henceforth, you will be monitored not only by the corps but also by ICPC,” Mr Audi said.