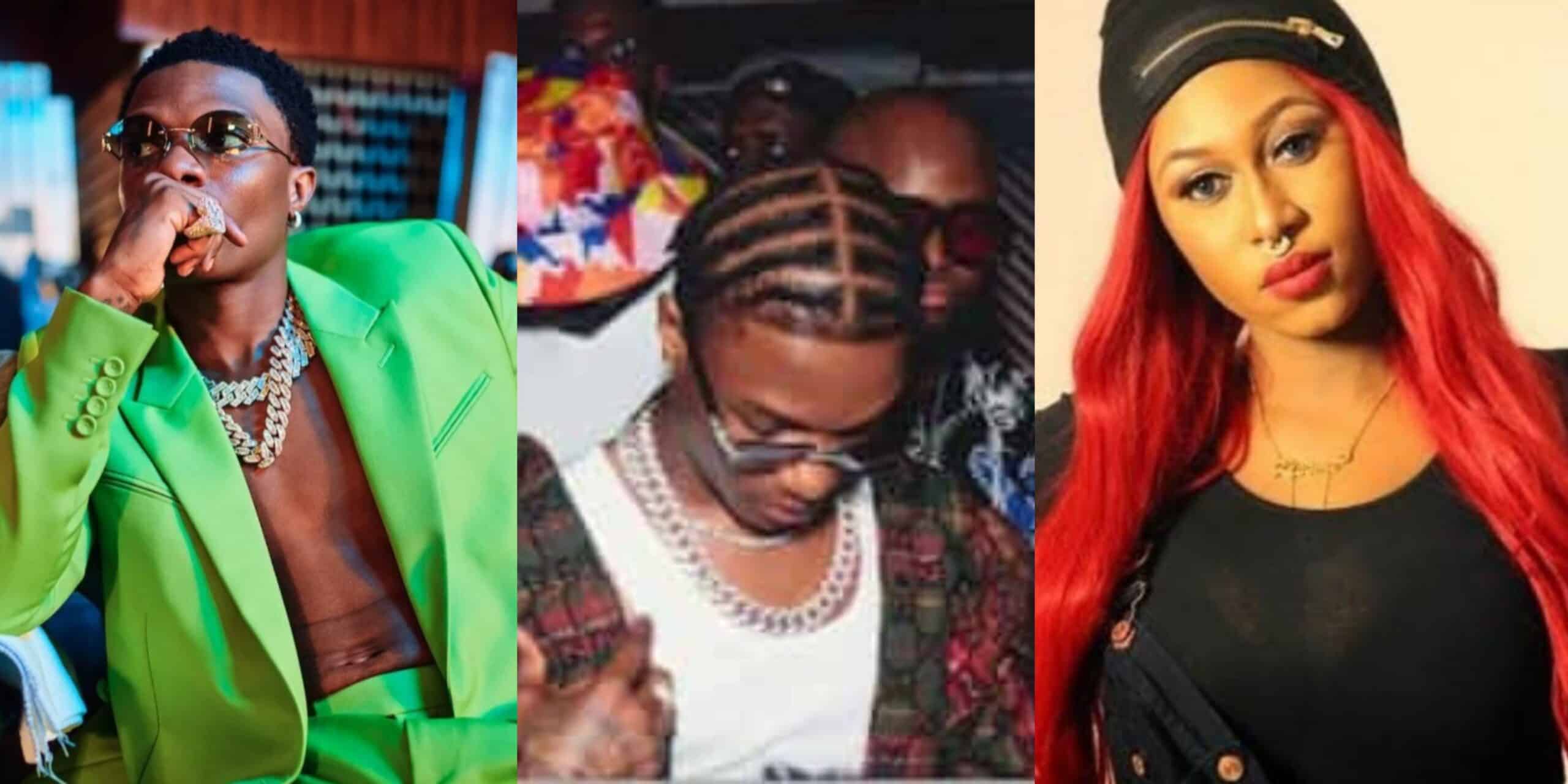 Award-winning singer, Wizkid has been making headlines following his failure to show up at his concerts in Ghana and Abidjan.

KFN reported that the singer disappointed his Ghana fans on Saturday when he failed to show up to his live concert.

To add to it, Wizkid also failed to show up to his concert in Abidjan on Sunday, December 11th.

The artist was supposed to perform in two countries Ghana and the Cote D’Ivoire but did not show up for the concert. According to reports, Wizkid was billed for two shows in Abidjan as well as Contonou in Benin but attended only one.

Disappointed with him, many African lovers of music have filthy dragged him for forsaking his root.

On a blog’s comment section, few noted how Cynthia Morgan’s prophecy was coming to reality.

Recall that Morgan in November, released her November prophecy, and had called for prayers on Wizkid’s mental health. Read more here.

Well it seems like the prophecy is being fulfilled as these past incident is unlike Wizkid.

One Makalisia wrote, “When Cynthia Morgan told you guys to pray for Wiz ment health, sole of you mocked her.

One Osariemen Gift wrote, “Cynthia Morgan u for keep that prophecy to urself o

One Eniola Joseph wrote, “Na who weave hair for macahala? Hold the person well he don change his factory settings

One Chiamaka Anita wrote, “Wizkid would soon end his career

One Ray berry wrote, “At this point Wizkid should take the back seat like Don Jazzy and focus more on grooming you g stars in his label…”There is time for everything, a time to be on the spotlight and a time to push others to the spotlight. Evey good dancer should know the best time to leave stage”.

One Uju Nwa Mandy wrote, “His fans should come and defend him again?

Wizkid fails to perform in Ghana

Kemi Filani news reported on Sunday, December 11th that some fans had called out Wizkid for not showing up and for a poor outing at his concert in Ghana.

Wizkid was billed to perform at the Accra Sports Stadium on Saturday night for a show dubbed ‘ Wizkid Live In Ghana’ but he failed to show up.

However, the musician had finally appeared with a tweet on his social media to give his apology to consumers who are unhappy in his inability to show up for his event after several hours of angry tweets flooding in from fans who were there at the event venue to watch Wizkid live in performance.

He shared a post that read, “Love you Ghana 🇬🇭” . 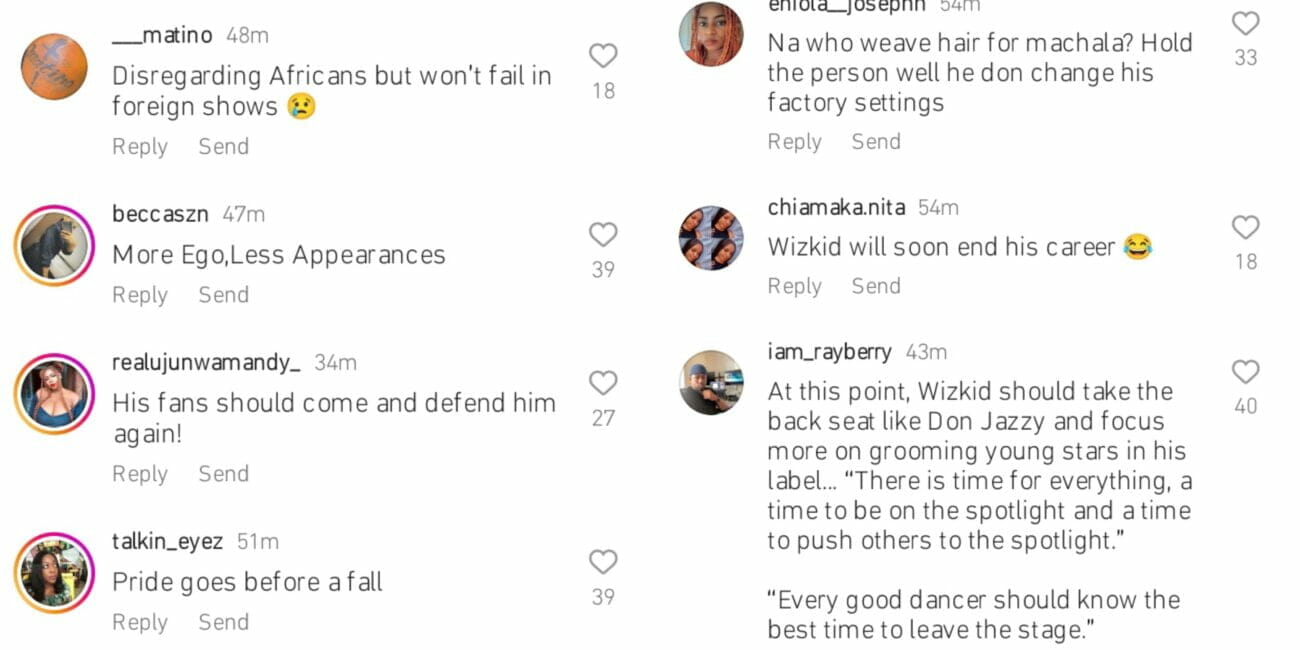 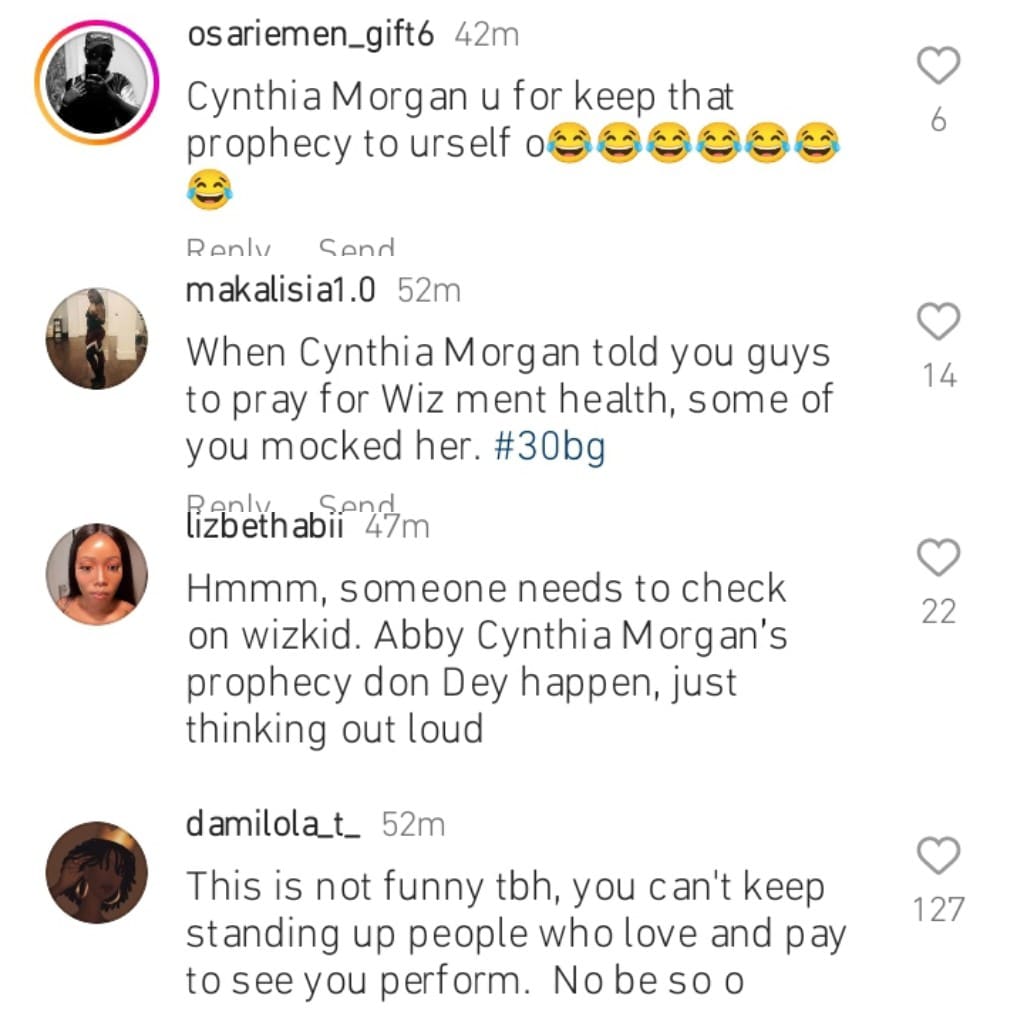