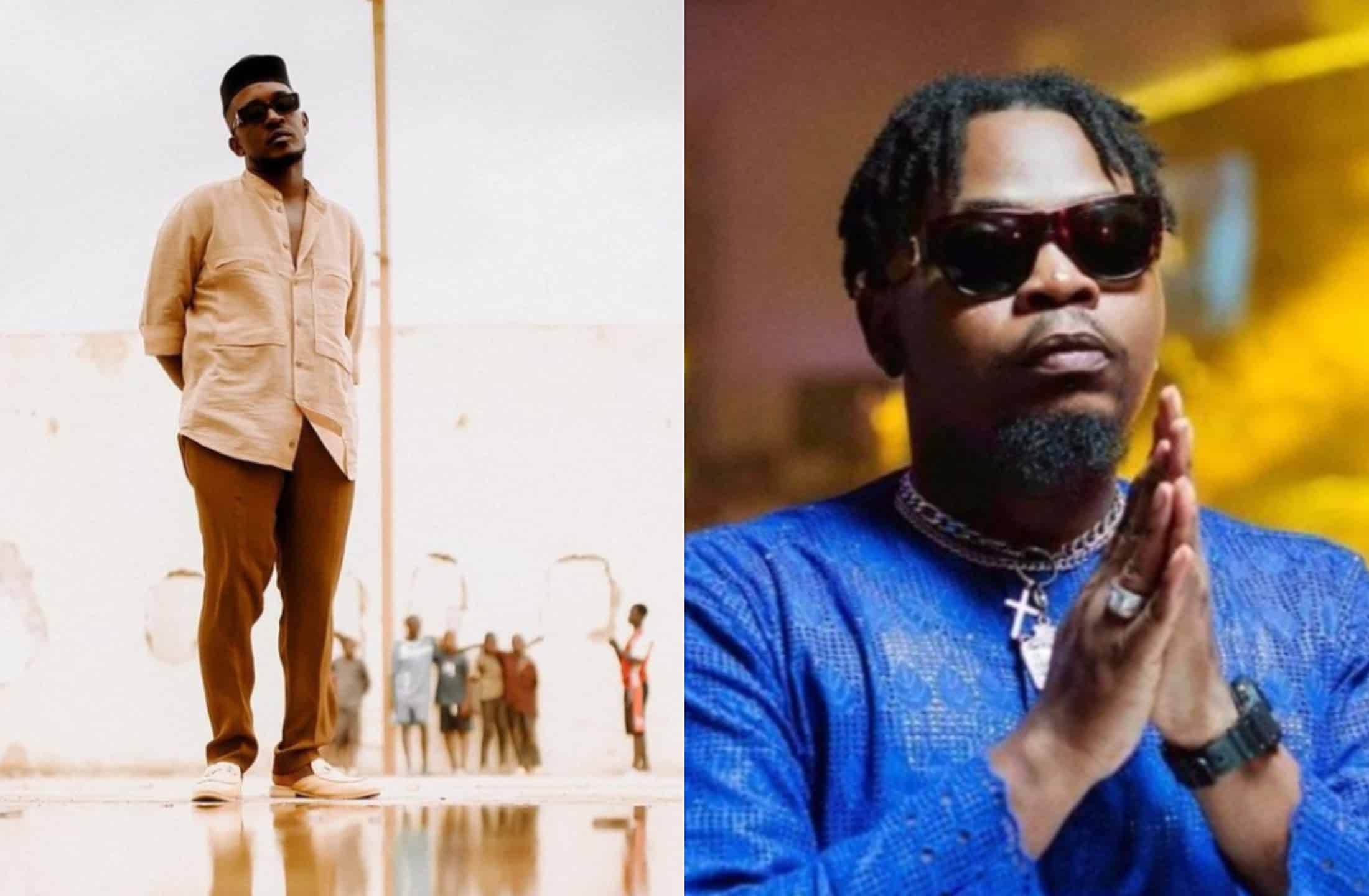 Diss records and the evolution of Hip-Hop (Indigenous Rap) in Nigeria: Names like Jay Z, Nicki Minaj, Kendrick Lamar, Lil Nas X, Cardi B and others now indicate that the rap genre has shown itself deserving of its position as one of the top music genres in America.

Hip-hop has long been misunderstood, and there have been arguments about who is selling out and who is keeping it authentic, old school versus new school, and whether or not beef promotes violence or improves rap skills.

These arguments will continue indefinitely, but to be clear, hip-hop is a culture that includes deejaying, beatboxing, breakdancing, and graffiti art in addition to rapping and emceeing.

Emergence of Rap in Nigeria

In the 1980s, hip hop made its way to Nigeria. Since then, it has witnessed a vast ascent, moving from more commercially appealing sounds to lyrical prowess given primarily in native languages. We investigate the significance of indigenous rap as a form of expression in disadvantaged society as well as the development of hip-hop in Nigeria, and the emergence of diss tracks.

Rapper Ibrahim Salim Omari, a member of the American rap group Sugar Hill Gang, fled to Nigeria in the 1980s. He released “I Am an African,” often known as the nation’s first rap song, in a genre predominated by other musical genres and styles, such as highlife, fuji, and afrobeats. Despite the genre’s failure to gain traction in the nation, it planted the seeds for the hip hop generation to emerge two decades later.

The American hip-hop wave intensified when it approached Nigerian shores in the early 1990s. The crossover of the music genre was inevitable given the growing availability to international media and entertainment. The accompanying fashion trends at the time that were linked to hip hop and rap served as an additional draw. A generation of bar-spitting Nigerians wearing oversized T-shirts, Timberland boots, and fitting hats were influenced by artists like Tupac Shakur, The Notorious B.I.G., Ice Cube, and later Jay Z and Nas as they ruled the airwaves. Rappers like Rasqie, Black Reverendz, and Maintain rose to fame by covering some of the sexiest hip-hop tracks of the day. Rap wasn’t regarded as a commercially viable genre, though, until The Remedies came along in 1998. Remedies, a trio made up of Eedris Abdulkareem, Eddie Remedy, and Tony Tetuila, released the single “Sakomo” with the support of the record label Kennis Music to widespread acclaim. They became household names and marked a pivotal moment in Nigerian hip hop thanks to subsequent singles and an eventual album that enjoyed some measure of financial success.

After the transition from military to democratic governance, cultural interchange between America and Nigeria grew significantly as the 2000s came into focus. Rappers in Nigeria followed the trends of their counterparts elsewhere as the music genres expanded concurrently. With songs like “Elbow Room” and “Baraje,” rappers like Mode 9 and Ruggedman received a ton of radio play. The audience was present, and the record labels were providing some support, so it was clear that hip hop had cemented its place in the Nigerian music industry at this time. Rappers in the nation were more or less cult figures in comparison to their pop and afrobeats counterparts, despite the fact that there had been significant growth. When M.I. Abaga debuted in 2008 with his album Talk About It, everything changed.

A rapper had for the first time achieved the ideal harmony between superior lyrics and mass appeal. He broadened the appeal of rap music by incorporating pop elements into his songs through his hooks and flows while adhering to traditional hip-hop principles like rhymes and punchlines. He simultaneously won over fans who adored mainstream music and hip-hop culture.

Usher in the 2010s. Rap had entered a slow decline, the past decade’s success was tapering out, and the country’s ears were tuned towards a new generation of afrobeats superstars (read: Wizkid and Davido). The only saving grace for hip hop was Oladapo Olaitan Olaonipekun, popularly known as Da Grin, a young rapper from Ogun State. At this point, the country was in the midst of political turmoil while battling the Boko Haram terrorist sect’s emergence, unemployment, and a steadily dwindling standard of living. Among the youth from the lower levels of society, there was growing unrest at the poverty and rawness of life at the grassroots. Channeling this anger, Da Grin became the voice of the streets, speaking up about life in the ghettos and the hardship faced there. The selling point for this brand of hip-hop was his insistence on rapping in his native language.

Rap, which was already a vehicle for protesting social injustice, was transformed into the most relevant content by Da Grin’s native flow. He was a source of illumination, narrating their tales in their native tongue. His 2010 album CEO (Chief Executive Omota), which included the hit single “Pon Pon Pon,” was well received by critics, received numerous awards, and received a ton of airplay on radio stations across the nation. Even though he died in a car accident later that year, his career gave rise to a generation of rappers who were not afraid to forgo the pressure to spit bars in English in favor of embracing their vernacular and creating great songs with it. The heir to Da Grin’s reign, Olamide, was foremost among them. Olamide, a young rapper from the Lagos State suburb of Bariga, epitomized ambition and talent; his lyricism and punchlines, mixed with powerful rhythms, set him apart from the competition and propelled him fast into the public eye. His debut album Rapsodi was released in 2011, one year after Da Grin’s, providing additional evidence that indigenous rap was not a passing trend but rather a genre that was here to stay.

Rappers from the Eastern region of Nigeria were beginning to make a name for themselves while all of this was going on in Lagos, the core of the nation’s music industry. Igbo rappers were the true forerunners of the local rap scene, but they lacked the good fortune to successfully break into the mainstream. Igbo rappers gradually but surely entered the industry by building on the foundations set by Nigga Raw, MC Loph, and Ruggedman and taking advantage of the mainstream success of Igbo acts like Flavour. Chibuzor Nelson Azubuike, better known by his stage name Phyno, finished this takeover in 2012 with the release of his song “Ghost Mode” with Olamide.

The song was a triumph for Nigerian hip hop, featuring two of the best MCs in the nation alternating between Igbo and Yoruba for four minutes. The song, which became an instant hit and contemporary classic, as well as the buzz it generated, catapulted Phyno to the top of Nigerian music.

The emergence of “beef” and the birth of diss tracks

Rap’s newest gladiators, Vector and MI, are echoing the cries of “war” and creating what is possibly the genre’s longest-lasting buzz in recent memory. Their quarrel has a complicated history that dates back almost a decade, evolving from subtle jabs to an open conflict driven by passionate social media coverage.

Rap feuds had already existed in the industry prior to Ruggedman, who may have elevated his status with his iconic diss track, Ehen, before receiving a “Death Blow” from Modenine. For instance, Eedris released “Wackawickee emcees” in response to Tony Tetuila’s “Omode Meta” when he was a member of another group.

The Trybesmen vs. Remedies fight, a group of Ghetto P cats, Tuck Tyte, Six O, and Ruggedman vs. Modenine, A-Q vs. Timi (a former member of the Trybesmen), Terry Tha Rapman vs. Azadus and then Zaaki Adzee, Vector vs. Reminisce, the epic Sinzu vs. Godwon fight, M.I.

Rap has never been constrained by industry norms, regardless of streaming figures, chart places, or the number of Grammys you have in your cabinet covered in dust. You occasionally have to put your ability and lyrical agility to the test if you want to be the greatest in the game.