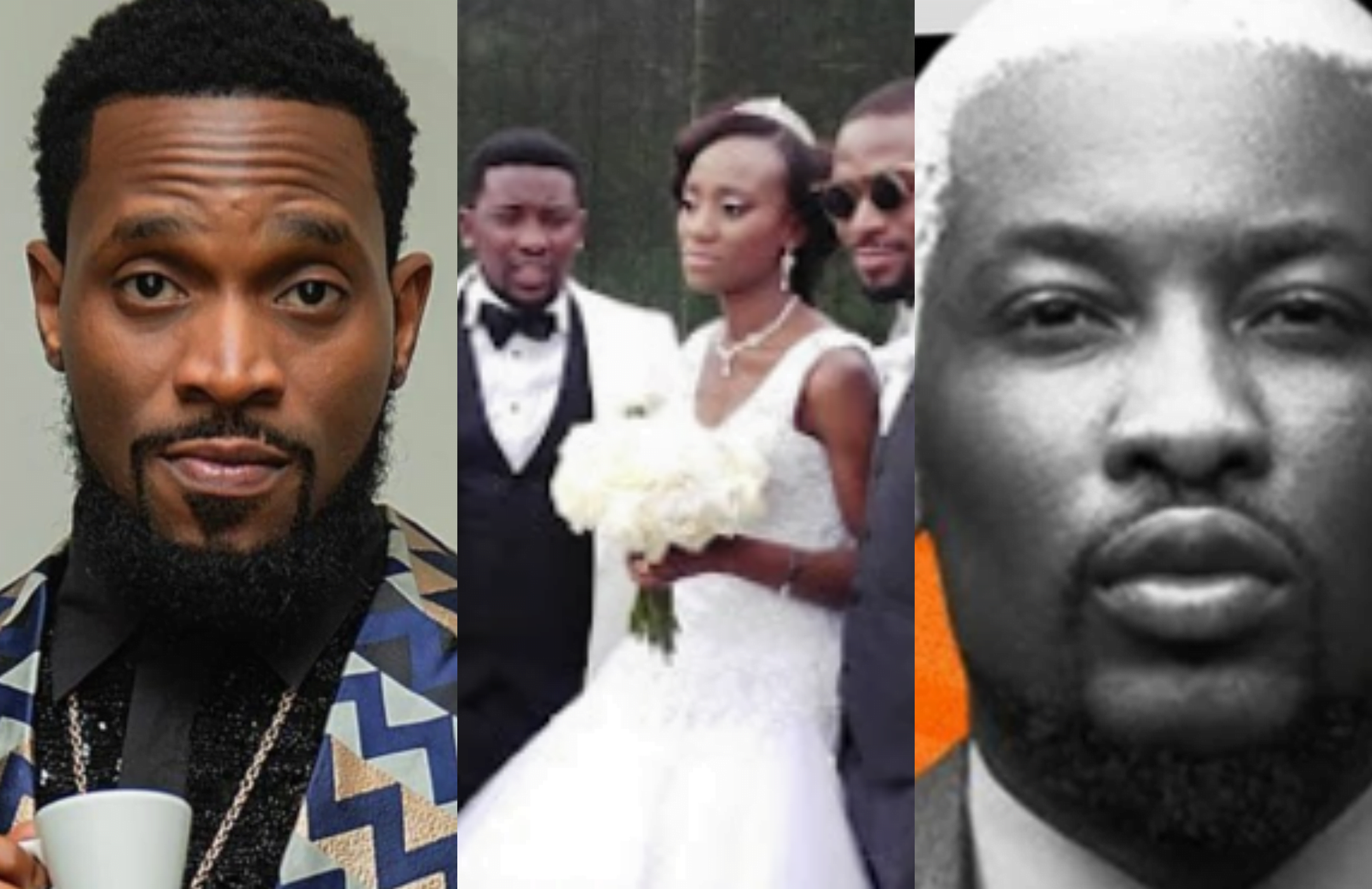 Popular Nigeran celebrities, Omotunde Adebowale, better known as Adaku in popular sitcom, Jenifa’s diary and other celebs have taken to social media to beg OAP Dotun. This comes after took to his social media page to drag his wife and her brother, Dbanj.

Dotun whose full name s Kayode Ojuolape Oladotun is married to Dbanj’s sister, Taiwo. Kemi Filani News earlier reported that he took to his Instagram page today, December 16, to accuse DBanj of trying to pervert the course of justice. Dotun and Taiwo got married in 2013 and have two children together.

Reports making the rounds online is that Dotun’s wife filed for separation from the Cool FM’s host over ”forced abortion, domestic violence, and emotional abuse.”

According to court documents signed by Omotayo’s lawyer, Pelumi Olajengbesi, the Managing Partner of Abuja-based law firm, Law Corridor, it was alleged that the OAP forced his wife to abort her third pregnancy as a married woman. The court subsequently granted the divided custody of the children which Omotayo did not oppose pending the final determination of the suit in court. The publication in its report, stated that Dotun, on December 14, 2022, allegedly stormed Omotayo’s Abuja residence with some policemen and forcefully broke into her premises, assaulted her gateman and staff. It said Taiwo hid and refused to disclose are actual whereabouts as Dotun continued hauling all manner of insults on her person.

According to the report, Omotayo petitioned the Deputy Inspector General of Police, Force Criminal Investigation Department, Abuja, for unlawful entry, intentional destruction, criminal trespass, and unlawful use of policemen by Dotun after that through her attorney, Olajengbesi.

The invasion left Omotayo in a “state of emotional anguish and fear of impending danger in the hands of the Defendant (Do2dtun) who remains volatile and unpredictable,” according to the petition, which was dated December 14, 2022 and stamped to show receipt by the office of the DIG.

Dotun responded to this event this afternoon via his Instagram page, saying it has been two years since he last spoke out about the “many lies” that have been said and “multiple attempts to corrupt the course of justice.”

He declared that he is prepared to expose DBanj and his family as being “wicked, deceptive, uneducated, and vile,” and accused the singer of using the media to promote lies.

”I have been quiet for the past two years…

Several lies have been told, several attempts have been employed to pervert the course of justice. It is shameful when legal practitioners that are supposed to be learned, rather than submit themselves to the jurisdiction of the Court, choose to conduct the practice of the law like social media bloggers.

Anyways, @iambangalee of life, I have heard and read the spurious lies you, your half baked lawyer and your family have fabricated with the press and the police and I promise you, I am ready for you. Since you have chosen to take the matter to the press, the entire world will now know how wicked, deceitful, ignorant and despicable you and your entire family are.

As for Taiwo,
Mummy wa, God will heal your heart one day. i won’t stop praying for you.”

Reacting to his post, Adaku wrote, “Please Dotun hold your peace I beg you don’t allow the enemy destroy what you have built …. Please not court of social media”

Matsecooks begged hm to take down the post and not wash his family’s linen out, “Dotun take down this post. Don’t wash family linens outside. Sending you hugs.”

One Dbaba_Original wrote, “Bro don’t let anyone tell you what to do…speak out if there’s need for one…People telling you to bring this down are the one that’ll mock you behind and say bad things….Speak up if you think it’s the best thing to do”

“This is wrong bro. It’s better to keep quiet sometimes o. Not everything the eyes see that the mouth should talk about. To avoid regrets tomorrow” One tonyonjefu wrote. 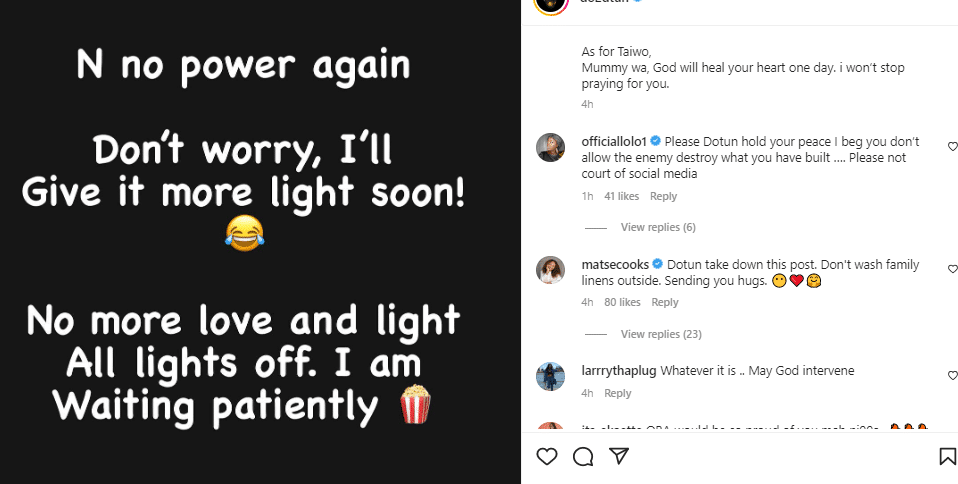