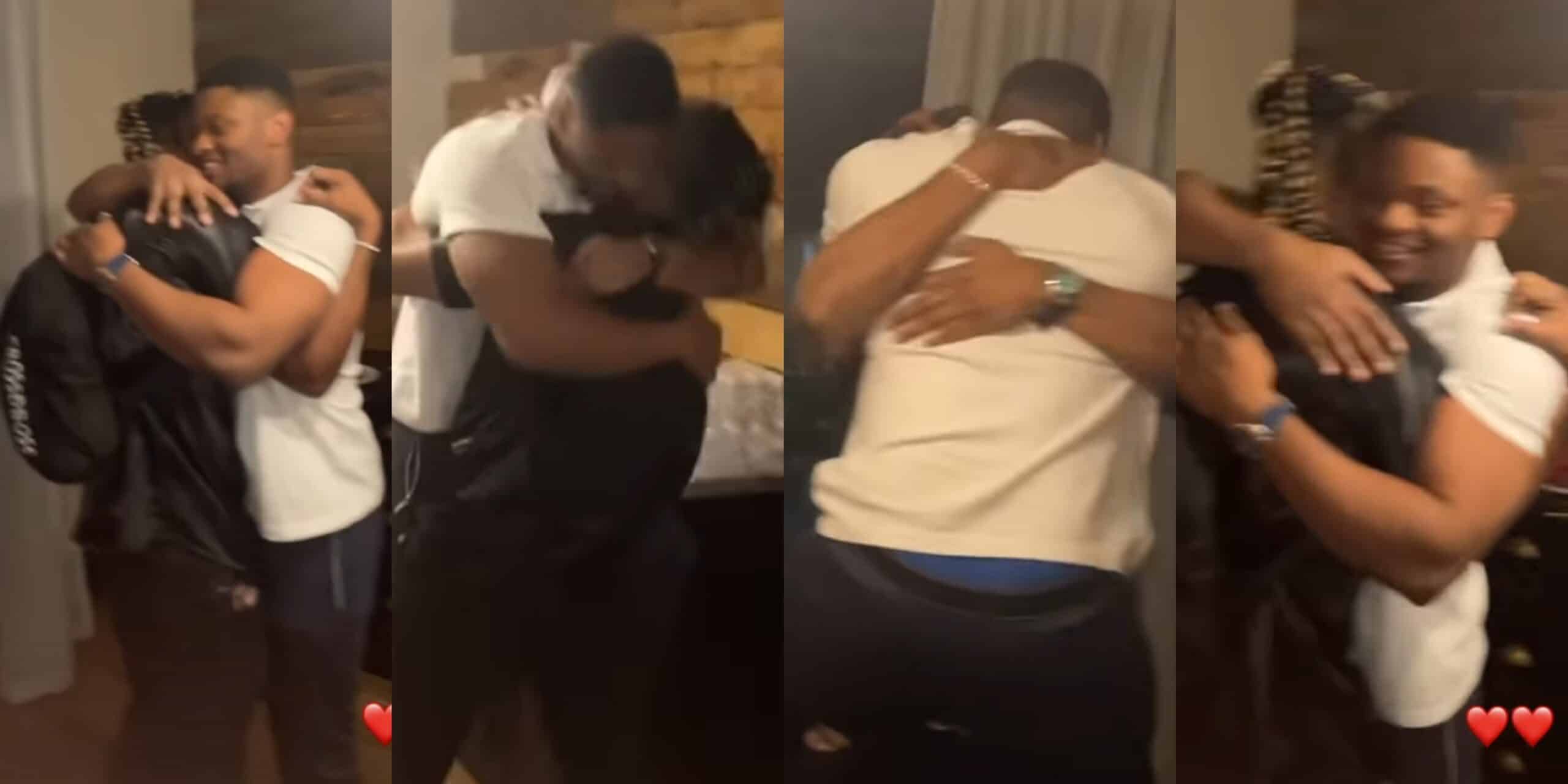 Big Brother Naija ‘shine ya eyes’ finalist, Cross Okonkwo almost broke into tears as he reunited with his brother after 15years.

Getting into the festive season, the Okonkwo’s family had a family reunion in South Africa,, with Cross in attendance. The BBN star couldn’t believe his eyes when he beheld his brother, who he hasn’t seen for over a decade.

In the emotional video, Cross could be seen screaming for joy on sighting his elder brother. The reality star ran to hug him and they embraced each other for minutes.

Sharing the video on his Instagram story, Cross revealed that he and his sibling had been apart for 15years.

“Happy to see u again buddy. I look good as fuck. GOD is amazing. 15 years later”.

Recall that mixed reactions had trailed the heartwarming reunion kiss between Cross and his mother.

A video that emerged on social media captured cross giving his mother a warm embrace after a long time of not seeing each other.

The video captured when Cross’ mother hid her face on her son’s return home and the moment he gave his mother a reunion kiss.

Mixed reactions are trailing this video as many query Cross for kissing his mother on the lips, claiming his wife’s feelings were not considered.

However, some admired the unique relationship between Cross and his mother, stating their love is incomparable. 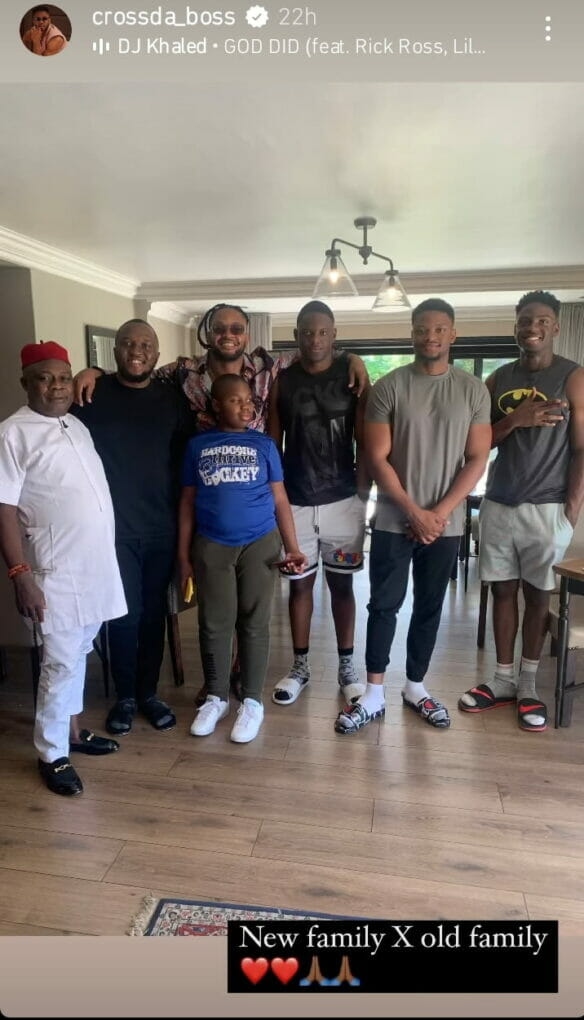