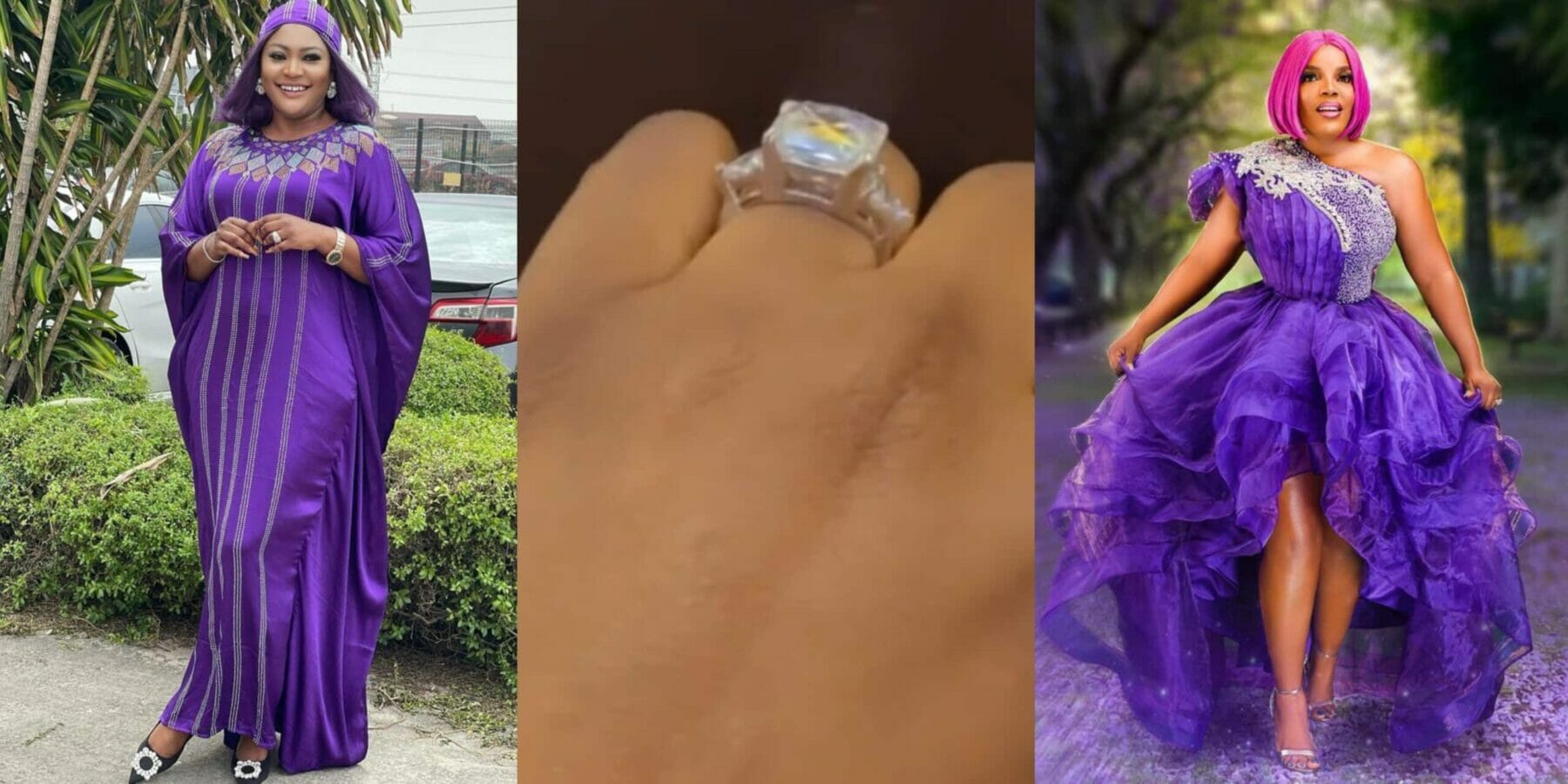 Nollywood actress Uche Elendu has issued out a statement on behalf of Empress Njamah to debunk reports of her being engaged.

Kemi Filani news reported hours ago that the actress was finally off the market.

In a new update, it seems the news of her engagement is faked, as Uche Elendu has issued out a PSA on behalf of the actress.

She revealed that the actress’s account has been hacked, hence the fake post. Uche Elendu further claimed that Empress is being blackmailed.

“Please disregard any post from @empressnjamah’s page. She is NOT engaged, and she did not put up that post on her page, a hacker took over her phones and is blackmailing her. Ignore every post please”. 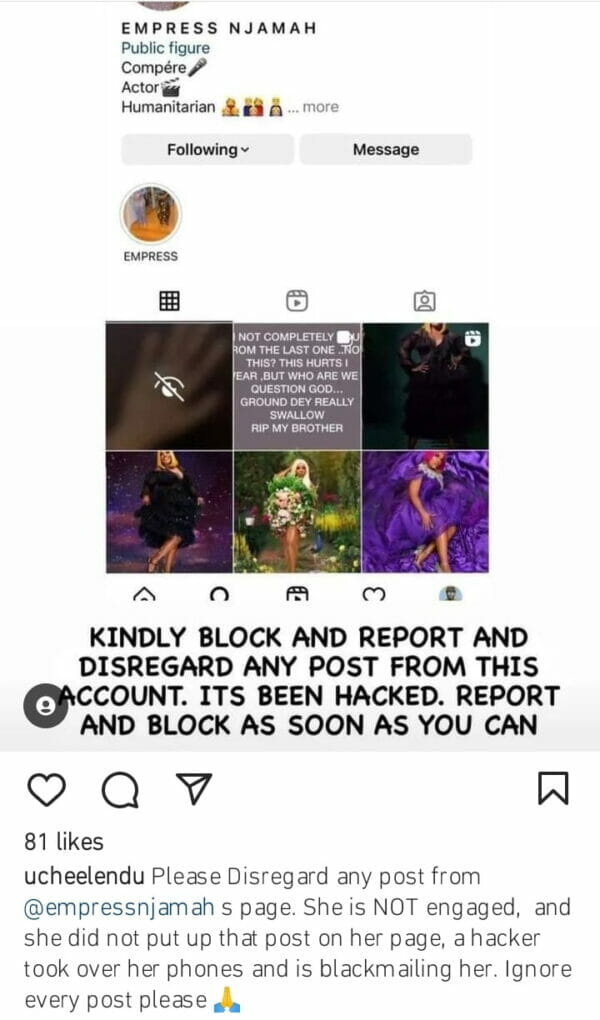 Empress Njamah as she finally gets engaged

KFN reported that it was raining congratulatory messages for, Empress Njamah as she finally got engaged.

The actress ended the year on a high note as she said yes to her boo.

Taking to Instagram, Empress showed off her engagement ring as she revealed that she is finally off the market.

She wrote, “Finally off the market”.

Since the news of her engagement broke out, her colleagues have being bombarding her with sweet messages.

The likes of Mary Njoku, Sotayo Ogaga, Ngozi Ezeonu, Warri Pikin, and more rejoiced with her.

Kemi Filani news recalls that Empress Njamah was once in a relationship with singer, Timaya.

However, things soon turned sour in 2009 after reports filtered in that they had broken up but not without drama. The two had called things quit over a car.

According to reports, Timaya had given Empress money to buy new car but she refused and kept driving his cars, which infuriated him. This pushed Timaya to call Empress a thief on a national daily, a rash statement, which in turn led to their beef.

However, the two had since settled their beef as Timaya had righted all wrongs with the movie star.

Reports of them burying the hatchet was confirmed when Timaya shared an old photo of himself and Empress enjoying drinks together at a date with the caption; Its always a pleasure seeing you my dear friend, EMPEE.