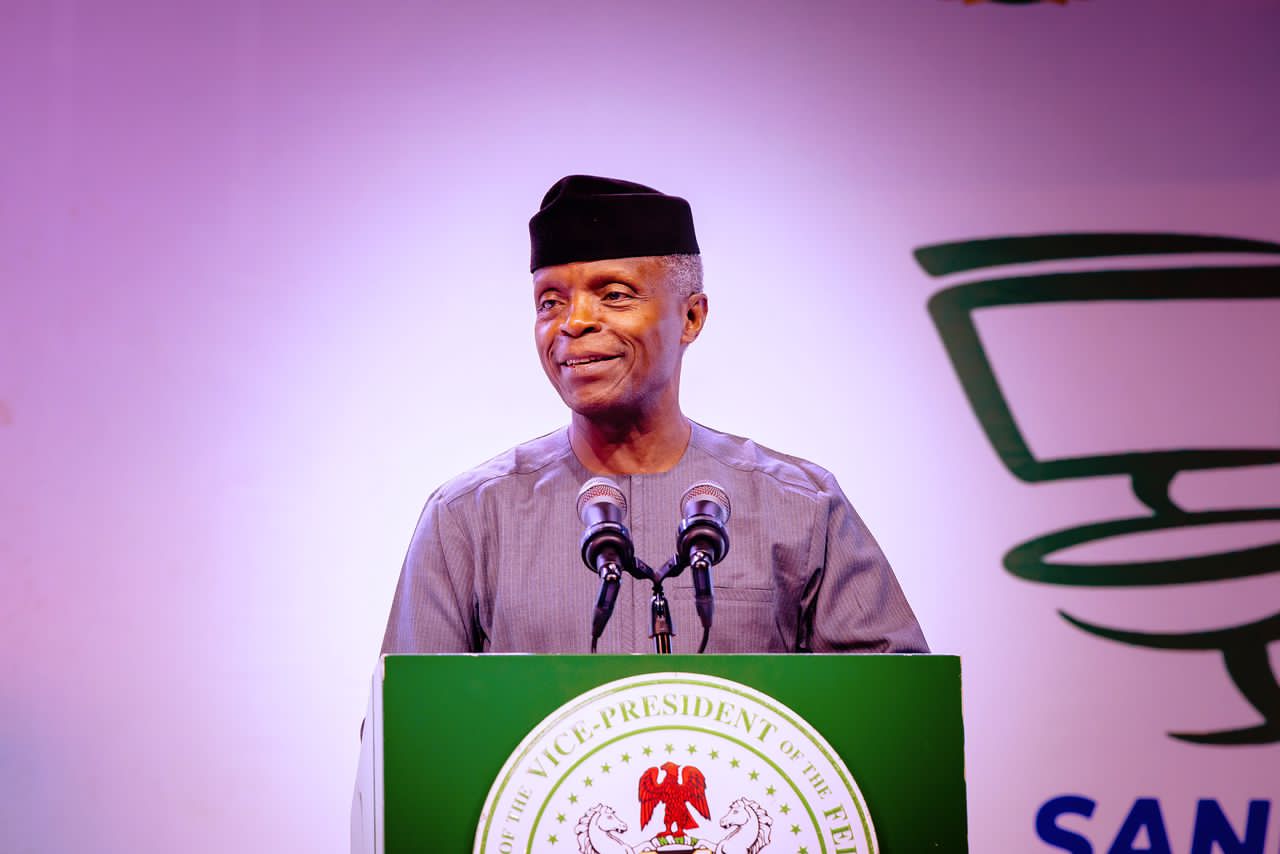 Vice President Yemi Osinbajo on Thursday in Abuja inaugurated the Board of Trustees for the National Institute for Policy and Strategic Studies’ (NIPSS) Endowment Fund and the institution’s Academic Advisory Committee.

Osinbajo said hydra-headed challenges at national and global levels, such as poverty, inequality, global warming alongside a world that is increasingly defined by technology, would require profound thinking and planning.

He said: “In the coming years, NIPSS will be called upon to interpret, predict and plan for a world literarily on technology steroids, challenged by poverty and inequality and in a mortal battle with disastrous warming. This is the hydra nature of the challenge.”

He said that NIPSS therefore should not be constrained by resources.

Osinbajo stressed the need for the adoption of new ways of funding research and related activities at the institution.

He tasked the new board of trustees and the institution to take up the challenge of finding solutions to contemporary issues.

Speaking further about the institution’s reliance on government’s budgetary allocations alone to fund research, he said “that is not how think-tanks are run.”

Responding on behalf of members of the two bodies inaugurated, the Sultan of Sokoto, Muhammad Sa’ad Abubakar, lauded the commitment of the vice president, particularly in handling national assignments.

The other members of the board, Oba of Lagos, Oba Rilwan Akiola; Prince Julius Adelusi Adeluyi, and Dr Kalu Idika Kalu, were absent at the inauguration.