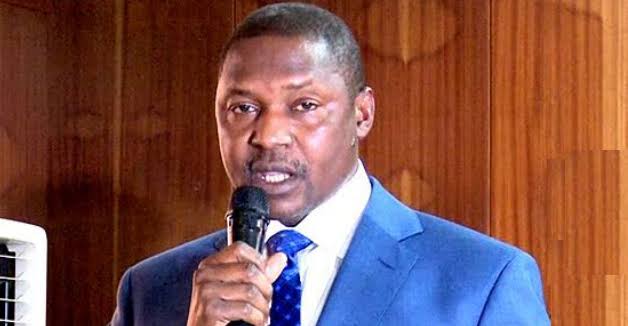 Abubakar Malami, the Minister of Justice and Attorney-General of the Federation (AGF), has revealed that the Federal Government would resume the prosecution of Boko Haram terror suspects currently being held in various military formations in Nigeria.

At a special court session on Monday, to mark the new legal year 2022/2023 for the Federal High Court in Abuja, Malami disclosed that President Muhammadu Buhari had approved funds for the mass prosecution of the suspects.

“I would like to use this opportunity to appreciate the recent special intervention granted by His Excellency, President Muhammadu Buhari, for the provision of funds and other logistics for the commencement of the second phase of prosecutions of Boko Haram suspects,” Malami who was represented at the event by the Solicitor-General of the Federation and Permanent Secretary, Federal Ministry of Justice, Beatrice Jedy-Agba, said.

“It is my considered advisory that the fast-track innovations that were introduced in the electoral cases should also be extended to certain cases which are of high economic or commercial importance in view of the ripple effects of delay in the conclusion of such cases,” Jedy-Agba added.