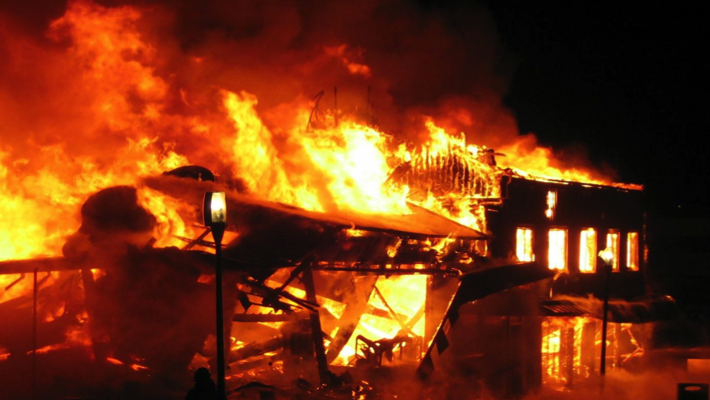 The incident is contained in a statement signed by the director/fire chief of Anambra Fire Service, Martin Agbili, in Onitsha.

He said at about 1:02 a.m. on Saturday, the Anambra State Fire Service received a distress call of a fire outbreak at No 4 Ajasa Street, Ose Main Market, Onitsha, where they sell chemicals.

“We swift into action, battled the fire, controlled and fought it to a standstill.

“The cause of the fire was unknown as nobody was there when it started. Although the fire destroyed about three shops, no life was lost during the heavy fire,” he said.

The fire chief said a lot were saved as they prevented the fire from spreading to other shops around the fire incident scene.

He stressed the importance of constantly switching off electrical and electronic appliances, especially when they are not in use.

He urged the residents to be mindful of the fact that Nigeria was already in the harmattan season and implored them to avoid anything which could cause a fire outbreak.