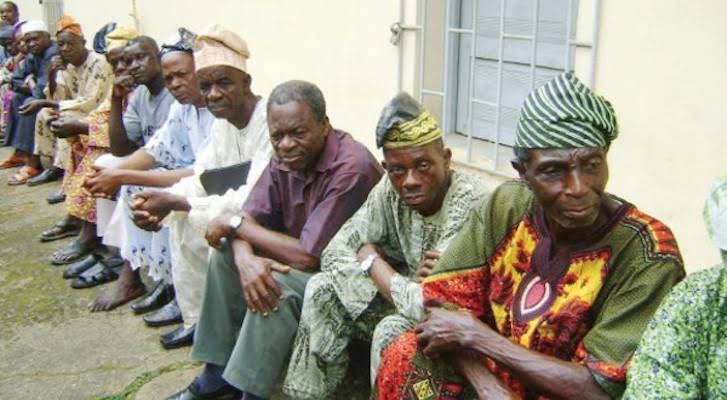 The Axios Senior Citizens Foundation, an NGO, has called on the federal government to create a body that will manage senior citizens.

Abdulraqib Jegede, Axios Administrative Secretary, made the call on Saturday in Abuja at the official inauguration of the foundation’s “Seniors Citizens Club”.

The club was established by the foundation to eliminate depression in elderly people.

Mr Jegede said elderly people face depression after retirement and being bored from staying at home doing nothing; sometimes leading to early death.

He said that one of our services of the Seniors Citizens Club was to bring the elderly people to make new friends, interact and enjoy themselves.

“As you all know from 60 and above they use to be at home doing nothing and this leads to depression, but the essence of this club is to bring them together, make new friends, learn new skills.

“Last month, we did a medical outreach for these people, and that was when we got the information of some of them who are here today; we are reaching out to them with the club officially so that they can come together to socialise.

“We want to bring them back to society instead of them staying at home doing nothing. With this foundation, they will be going out for excursions by visiting old schools, taking them out to any of the secondary schools or universities here in Abuja.

“This is for them to see the difference between when they were young by seeing young generation, with this club they will be learning how to cook, they will also be having an exercise section every Saturday.

“These people will also be having a physiotherapy consultation once in a month,” he stressed.

When asked about funding, including the medical outreaches it carries out, Mr Jegede said the foundation was self-funded by the organisation’s CEO.

He called on government, private organisations and individuals to assist the foundation “to help elderly people and take them out of depression as well as bring them back to the society.”

He said people’s lives should not end just like that after retirement and that is what Axios is doing. He, however, called for support in this direction.

Meanwhile, Jane Paul-Edeh, a Dietician/Nutritionist from Keffi Federal Medical Centre, took the senior citizens on a lecture on balanced diet and advised them to watch what they eat.

She told the senior citizens that their body could no longer perform the way it used to during their young age, adding that “there is a reduced function in the work of the body organs in their present age.

“At this age of yours, you must reduce fat intake, you need to be a little bit active, eat foods that will neutralise things in your body.

“There is a problem with dieting in the country; our meals in the night are usually swallows, but before now, it wasn’t a problem.

“If we eat this before the sun goes down, it will not have much effect, but right now because of technology and westernisation, we eat at night even at 10 p.m, you will see people still swallowing evening meal not minding the time.”

She, therefore, called for a nutrition policy, saying it is necessary for government to regulate feeding system from age 60 and above, the critical age at which body organs have already started diminishing.