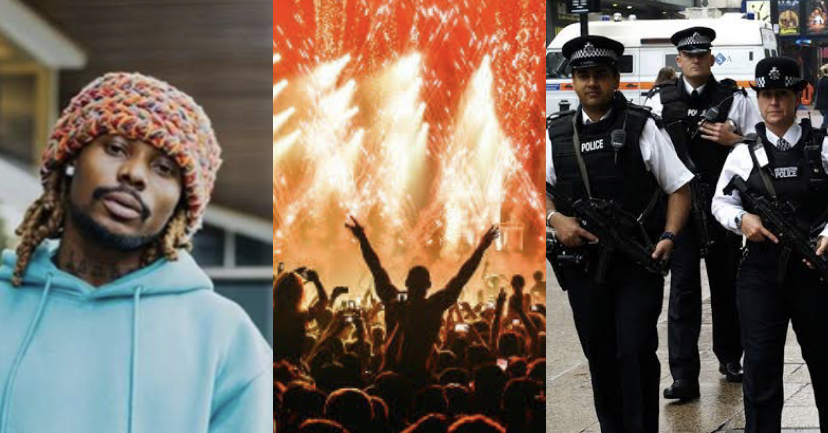 According to Sky News, the situation at the concert went awry after some fans locked out of the venue in freezing temperatures broke through the security and forced their way into the venue.

The incident led to the abrupt cancellation of the concert midway after thousands of fans were said to have breached security protocols.

Following directives from the Metropolitan Police, it was announced on stage that the show would not continue.

“You’ve got 3,000 people who have broken the doors outside, and because of security, the police have asked us to close the show. This is nothing to do with us… There are people who’ve breached the door. They have broken in and security are trying to help with it,” said the announcement.

The Metropolitan Police said at about 9:30 p.m. on Thursday, the London Ambulance Service, London Fire Brigade and cops were called to the scene of the concert in South London.

Eight people were taken to hospital, four in critical condition due to injuries from apparent crushing, while the other four were treated at the scene.

Met Police gold commander Ade Adelekan described the incident as “extremely distressing” and confirmed that the department had launched an investigation into the matter.

“This is an extremely upsetting incident which has left four people critically ill in hospital. My thoughts and prayers are with them and their families. A police investigation has been launched, and it will be as thorough and as forensic as necessary to establish exactly what happened last night,” said Mr Adelekan.

The police officer added, “The scene will be examined by specialist officers, CCTV will be viewed, every witness that we can make contact with will be spoken to and all other lines of enquiry will be followed. Officers are remaining in the area to provide reassurance to the local community in and around Brixton.”