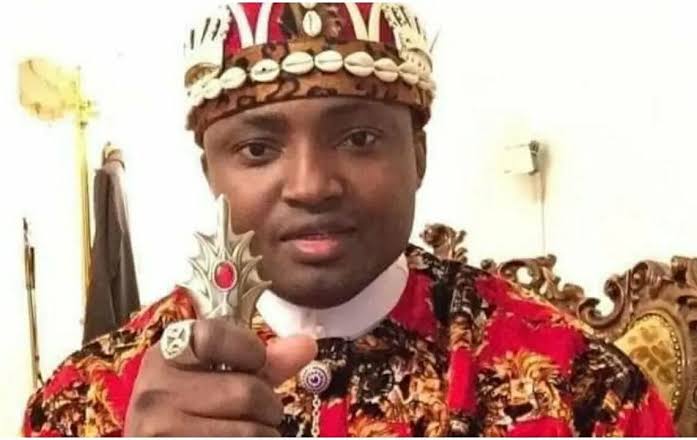 The governor of Ebonyi State David Umahi has on Thursday said that the Simon Ekpa group is a new bandit that terrorizes the Southeast region.

David Umahi lamented the continued killings and destruction of lives and properties in the region by the group, adding that “if Biafra is to be killing ourselves, to go to the market and start shooting people, to be declaring sit-at-home” order then, Ebonyi State can’t be part of Biafra.

The governor made this known while addressing stakeholders and party members of the All Progressives Congress, APC, during the Elders/Widows Party that took place at the Ecumenical Centre, Abakaliki, capital of Ebonyi State.

“Now, we have another bandit they call Simon Ekpa. Is this the Biafra we desired? To be killing ourselves and displacing others. That’s why we said in the heat of that crisis that Ebonyi State can never be part of Biafra. We are not Biafra.

“If Biafra is to be killing ourselves, to go to the market and start shooting people that have done nothing, to be declaring sit-at-home in our homeland and destroying the economy, for what reason? These things are strange to our culture.

“We have phones, and we call our people to call us on phone and tell us where these people are. The Police and Ebubeagu security outfit are on ground. I warn politicians who use these boys. They are the ones that go to court to sue Ebubeagu. They go to national television to condemn Ebubeagu.

“They have killed a lot of Ebubeagu people who are trying to protect our people. I ask all the local government people to give us information because we are ready to enter into the forest to flush out these bandits,” he stated.