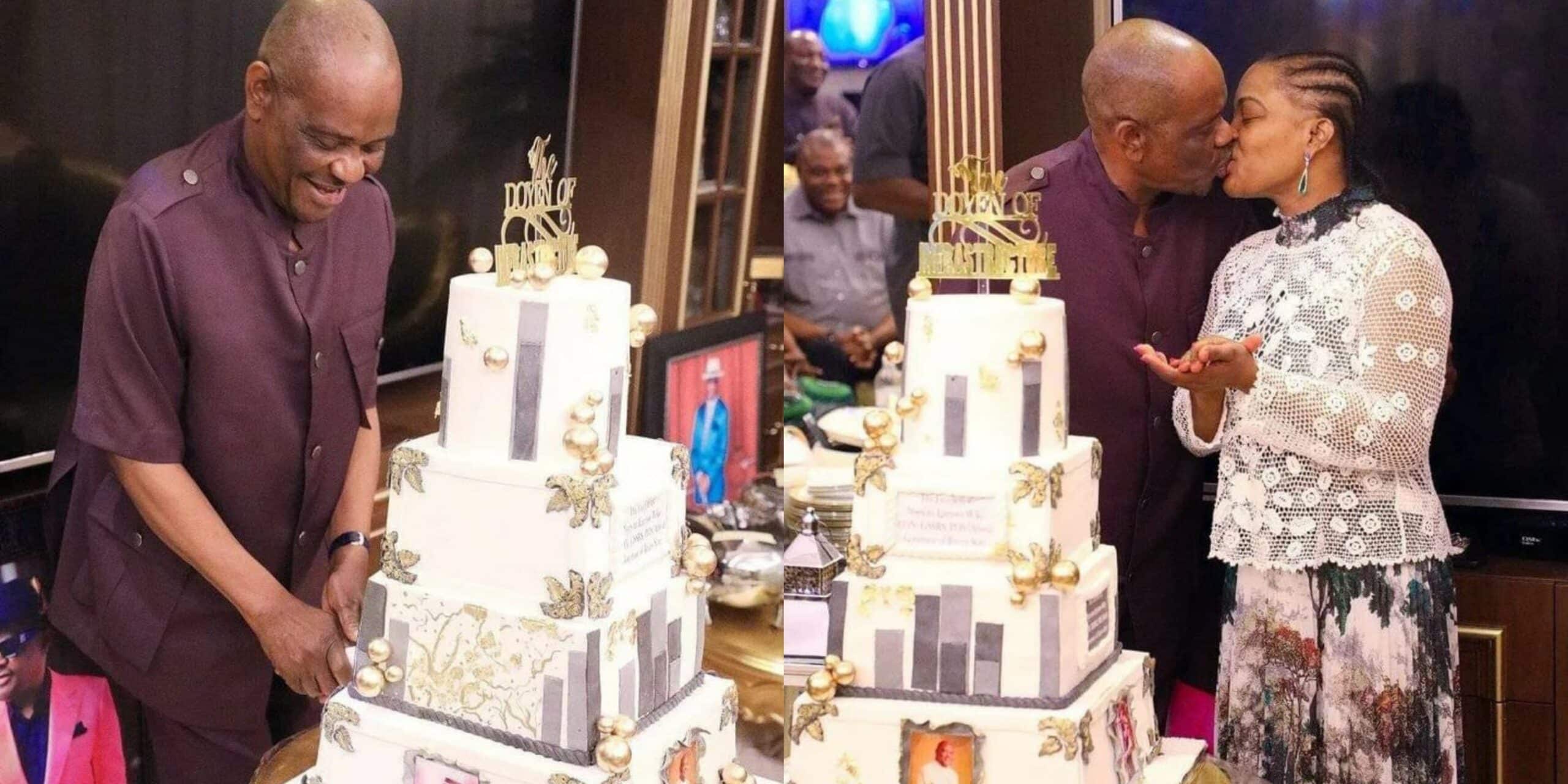 The governor had a low-key birthday bash at the government house, with his wife, Eberechi Wike in attendance.

In photos shared online by Linda Ikeji blog, the Governor could be seen cutting his birthday cake and kissing his wife. 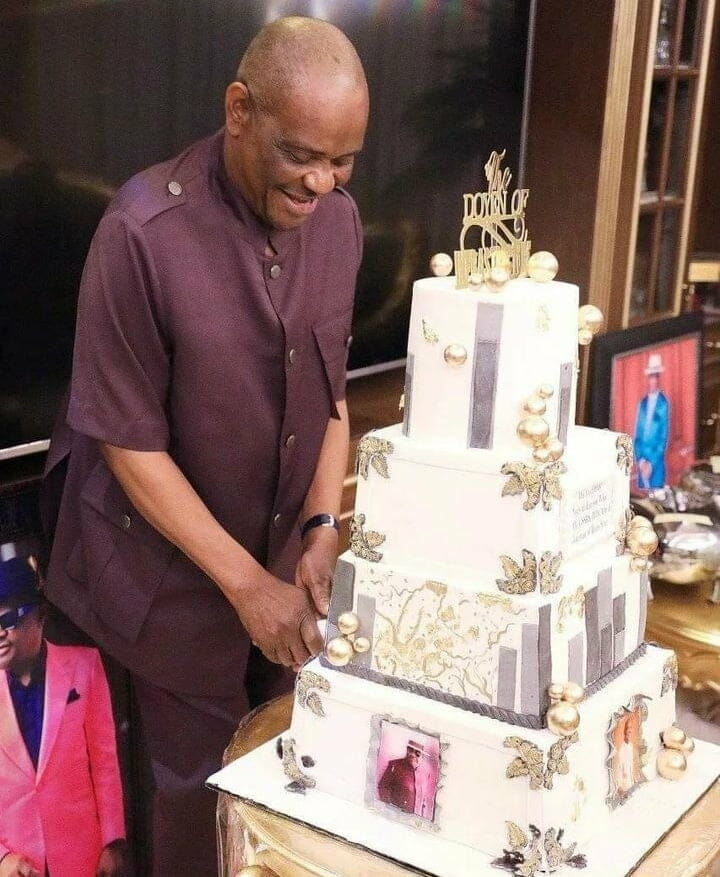 For his 50th birthday in 2017, Governor Wike and his wife, Justice Suzette, led members of his cabinet, political associates and friends to a thanksgiving service held in his honor at their family chapel.

According to LIB, in attendance at the thanksgiving service were Taraba state governor, Darius Ishaku, former chairman of PDP caretaker committtee Ahmed Makarfi, new PDP Chairman Uche Secondus and others.

The comic governor made this remarks while hosting a group of people.

Reminding his wife of her agreement, he repeatedly told her that she must take care of him.

Because I can’t be talking like this, all the strength you have to take care of me”, he said.

This isn’t the first time, the governor would be publicly letting his wife know of his feelings. 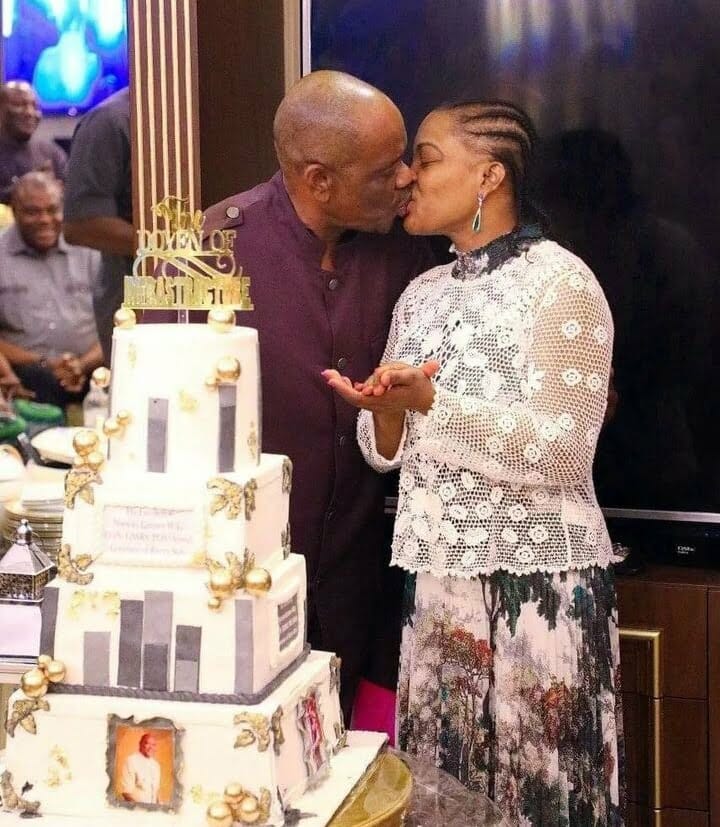 Recall that the Rivers State Governor, had revealed a romantic conversation with his wife, Eberechi Wike.

The governor, who spoke during a dinner/reception organized in his honour to celebrate the ‘Distinguished Award in Infrastructure Delivery’ recently presented to him, said he had delivered his campaign promises.

Wike, who claimed he no longer has a job as governor, revealed that he earlier promised his wife full attention saying, “you will kiss me till you get tired”.

The governor expressed delight that he had fulfilled his promise to the people of the state, stressing that he would be leaving the government house in 2023 with excitement.

He said, “So people should try to keep agreements reached with people. Agreement is agreement. When I agree with you, I will keep to it. That is why they are having problems there. They can sleep.

“I am going, and I am also happily going. I don’t have any regrets. In fact, I told my wife that now I have no job, you will kiss me till you get tired.”