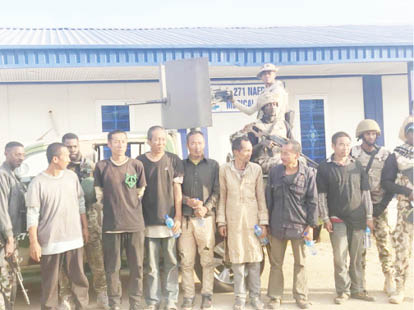 The Kaduna State Government has commended the Nigerian Air Force (NAF) for a clinical operation which resulted in the rescue of seven Chinese who were kidnapped in June by terrorists in a neighbouring state.

According to a report from the Nigerian Air Force, Special Forces under the 271 NAF detachments conducted the operation in Kampanin Doka and Gwaska areas of Birnin Gwari LGA, and successfully rescued the seven expatriates who have been conveyed to a secured facility.

The governor also commended the Chief of Air Staff as well as the Commander and men of the 271 NAF detachment for the daring operation by the Special Forces.

He said the citizens will be updated on further developments.