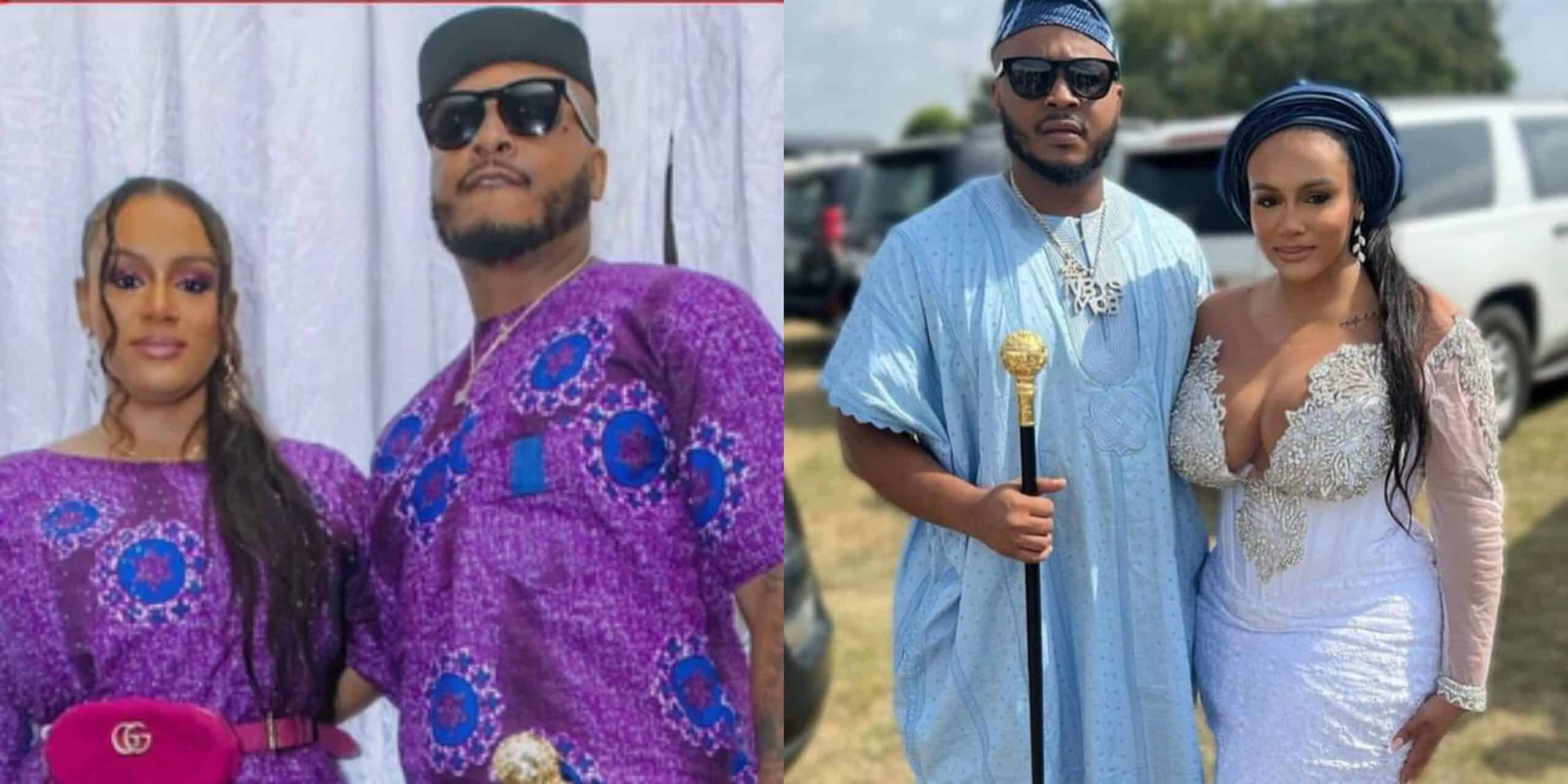 Korth Adeleke, the wife of Governor Adeleke’s son, Sina Rambo has continued to drag him and his family, as she announces her marriage has crashed.

The mother of one took to her Instagram story to drag the upcoming singer for being an infidel.

Korth claimed that Sina Rambo can’t provide financially for the family and would rather spend his money on weed. To add to it, he was disrespecting her mother.

“I am TRULY TIRED. NO, we can’t take this anymore. He doesn’t even respect my mum. She go talk her own later! Can’t even provide financially for the house. Fridge always empty. But can always buy weed o. Chai!! Na me mumu Sha!!!

“For y’all saying keep it private the marriage is OVER and that’s why I am finally saying all this. NO I’LL NOT SUCCUM TO ABUSE!! I’m not that girl. It’s ENOUGH!!”.

Sina Rambo’s wife calls him out for alleged domestic violence

KFN reported that Korth had hinted at marital crisis as she dragged Sina Rambo for alleged domestic violence.

In a series of posts on her Instagram story, Korth revealed how she had been feeding and taking care of the bills of Sina Rambo. She claimed that the Adelekes wealth is all a facade as she is the breadwinner of their family.

Dragging the upcoming singer and Governor son, she told him to pay her the money he owes her.

Korth, shared a disturbing video of the aftermath of Sina Rambo’s violent attack on her. The son of Governor Ademola Adeleke had destroyed her door and inflicted injuries on her.

“Make sure you watch this page tomorrow!!! Lol

Every evidence shall be presented. Somebody who I just sent 10k naira. Broke asses. I’m NOT an ass kisser and will NEVER BE lmao.

Later they will say Adeleke is my only achievement. Lmao!!! Sina pay me my money you owe me from America and Nigeria!!! Beg beg. How many people do you have to fight with over bills? Or until then jack you for neck again like it just happened. Damn Omo gov.

After having a caesarian section and him rushing me out the hospital because he couldn’t get no weed. Me, had Covid in labor, after my cs. I left the hospital this nigga ain’t help with no chores! 3days after cesarean you tell me to cook rice for you, can’t even make tea yourself! SMH! During pregnancy I was turned into a nanny! 9 months pregnant bending and cleaning house up and down because he can’t even pickup after himself. But truly, venting this now, I be mumu”.

The singer was officially married and off the market, as he walked down the aisle with his bride, Korth.

The music star had a private civil wedding ceremony held in Lagos on Friday, October 22, 2021.

Rambo took to social media to share the good news with members of the online community via posts on his Instagram story.

The event was followed by a lunch reception which was graced by mostly family members and close friends.

Sina in one of his Instastories shared a short clip letting the world know of his updated status as a newly married man with him and his wife posing in an open space for the camera.