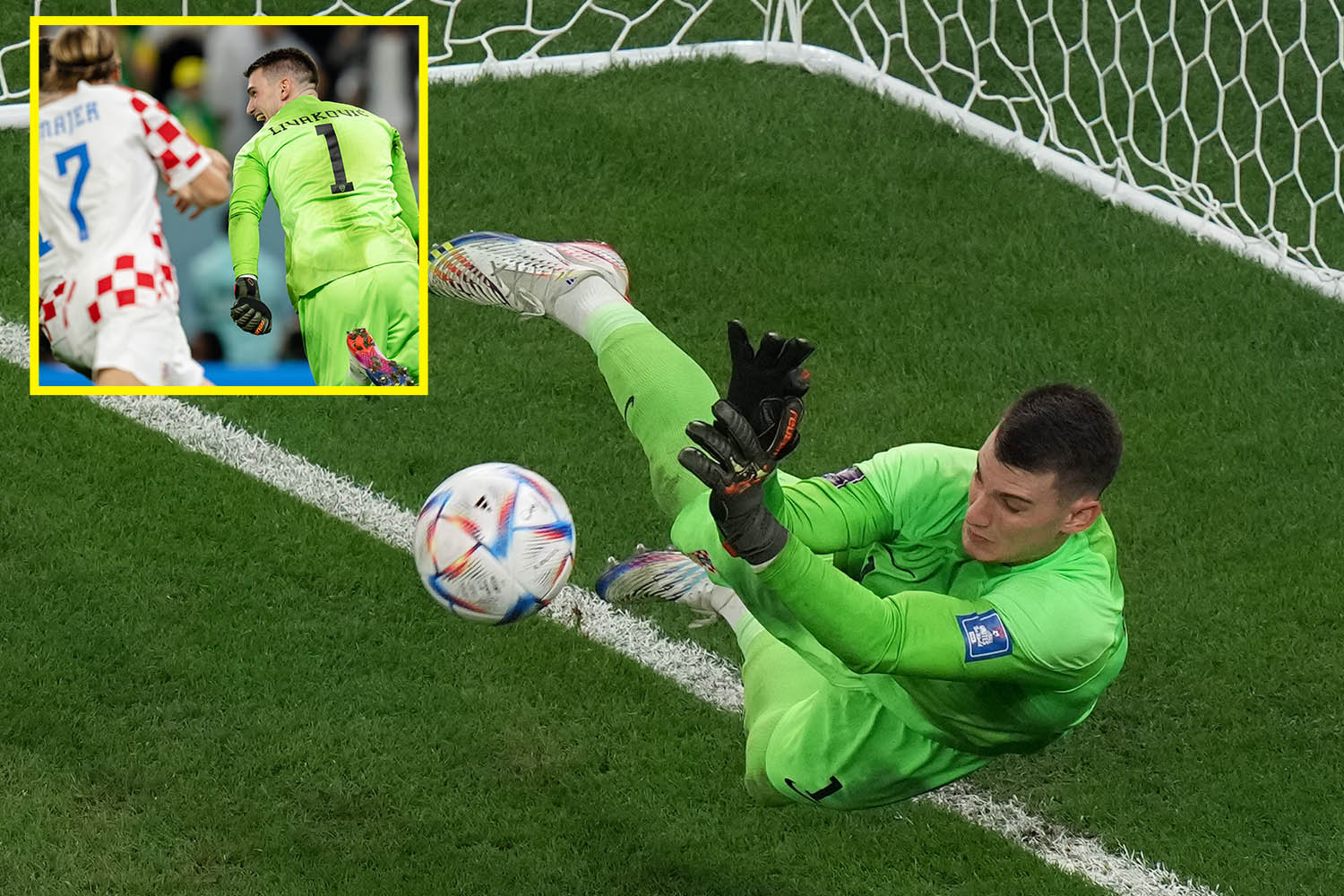 Croatia goalkeeper Dominik Livakovic was the hero again as he saved another penalty to help his nation beat Brazil and reach the World Cup semi-finals.

The Dinamo Zagreb shot-stopper had already stopped three spot-kicks in the Round of 16 against Japan – and he conjured up another to shock the South Americans. 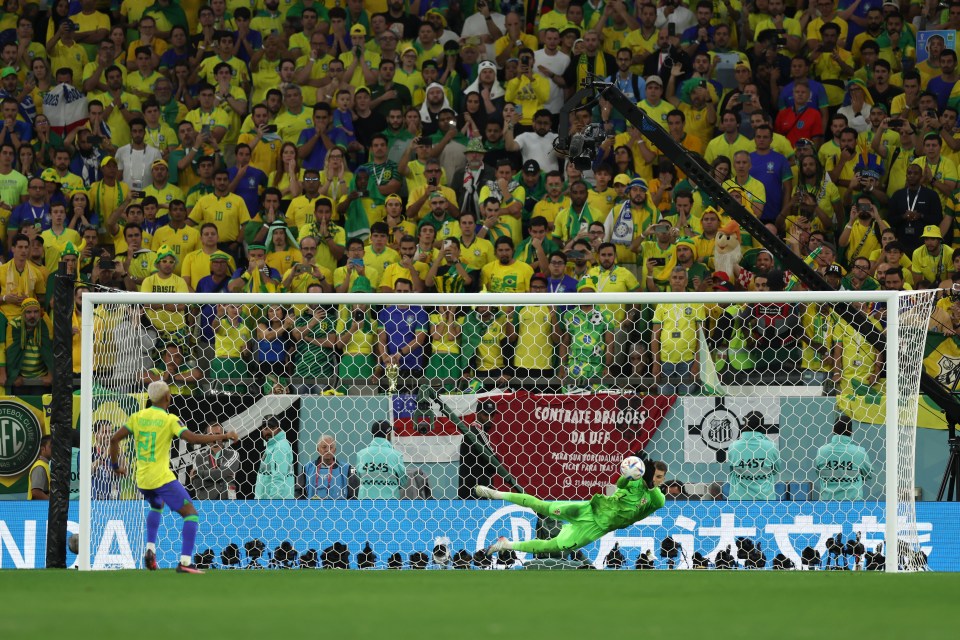 Livakovic was the hero once again 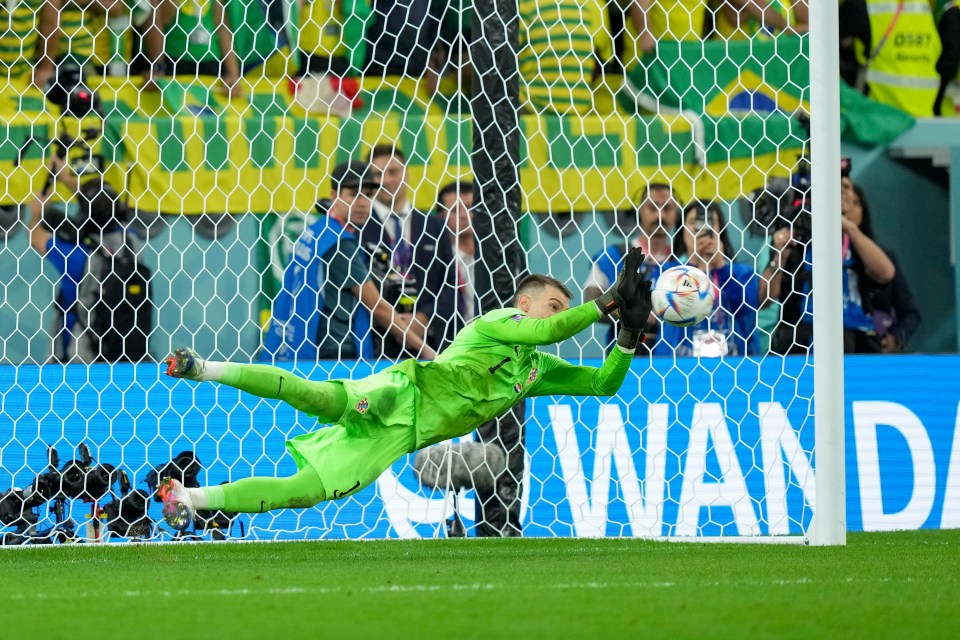 Livakovic will be regarded as a hero in Croatia

He set the tone of the shootout out by saving Brazils first penalty – taken by Real Madrid star Rodrygo, with Croatia already 1-0 up from the spot.

As Rodrygo struck the ball, Livakovic guessed correctly and dived down with two strong hands to beat the shot away from goal.

“Livakovic is the hero again for Croatia,” talkSPORT commentator for the game and former England striker Dean Ashton said.

“Who is this man? Dominik Livakovic. He’s got a spell on penalty takers!

“It was brilliant from the goalkeeper, he read it perfectly. It looked as if Rodrygo was going to whip it into the left-hand side.

“Instead Livakovic read he was going to side foot it the other way and made an easy save in the end.” 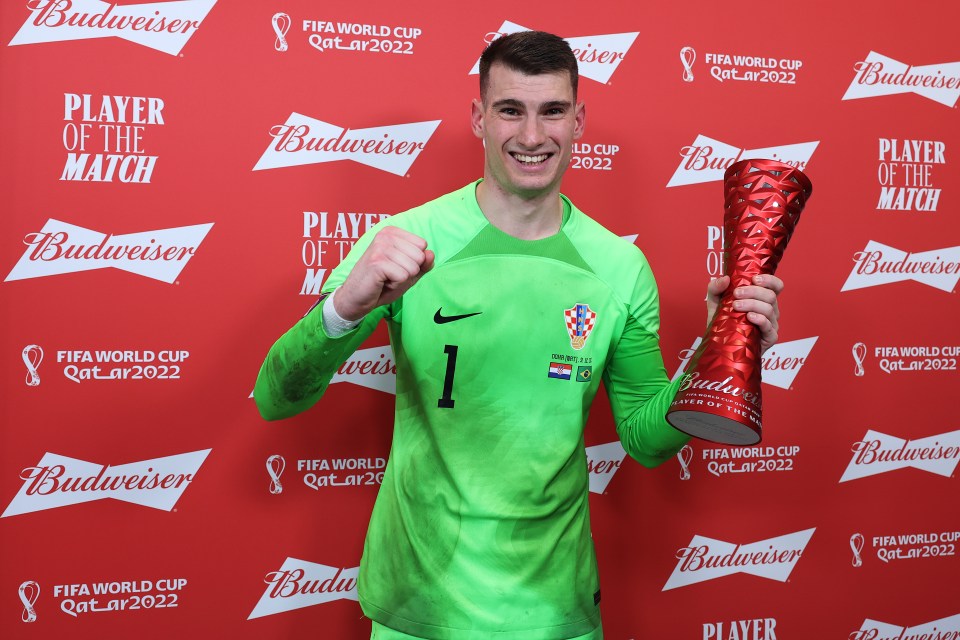 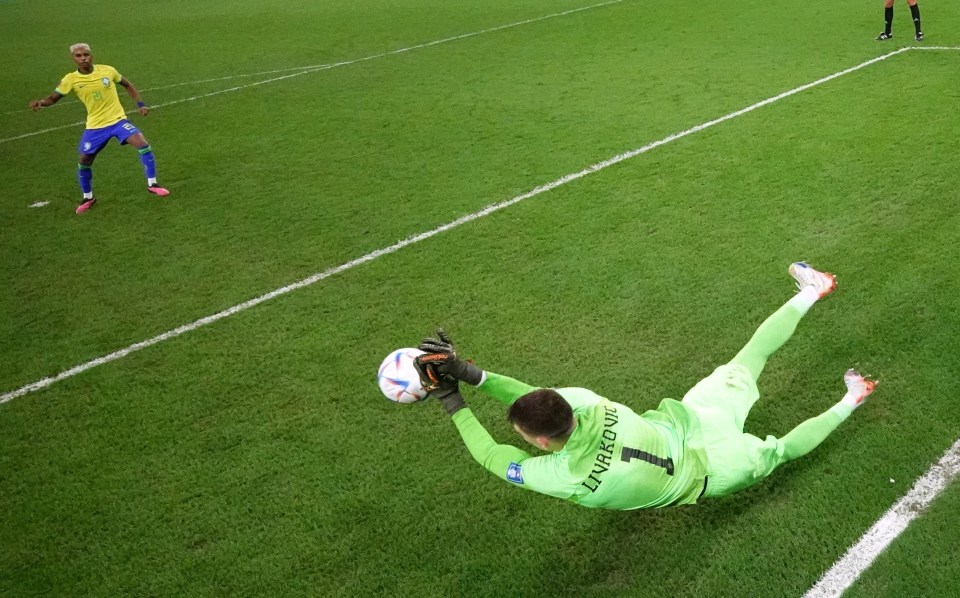 Rodrygo’s miss set the tone for the shootout

Croatia went on to score the rest of their penalties, with Brazil star Marquinhos failing to net the vital penalty and hitting the post.

In his club career, in normal time, Livakovic has saved 14 of 54 taken against him.

And even going into the tournament had conceded four of the five he’d faced this season alone – two of those being scored by Olivier Giroud.

But Livakovic is now set to go down in history for his stuning spot-kick abilities when it mattered most.

The shootout win means Croatia will now face the winners of Friday’s other quarter-final, Argentina v the Netherlands – live on talkSPORT.