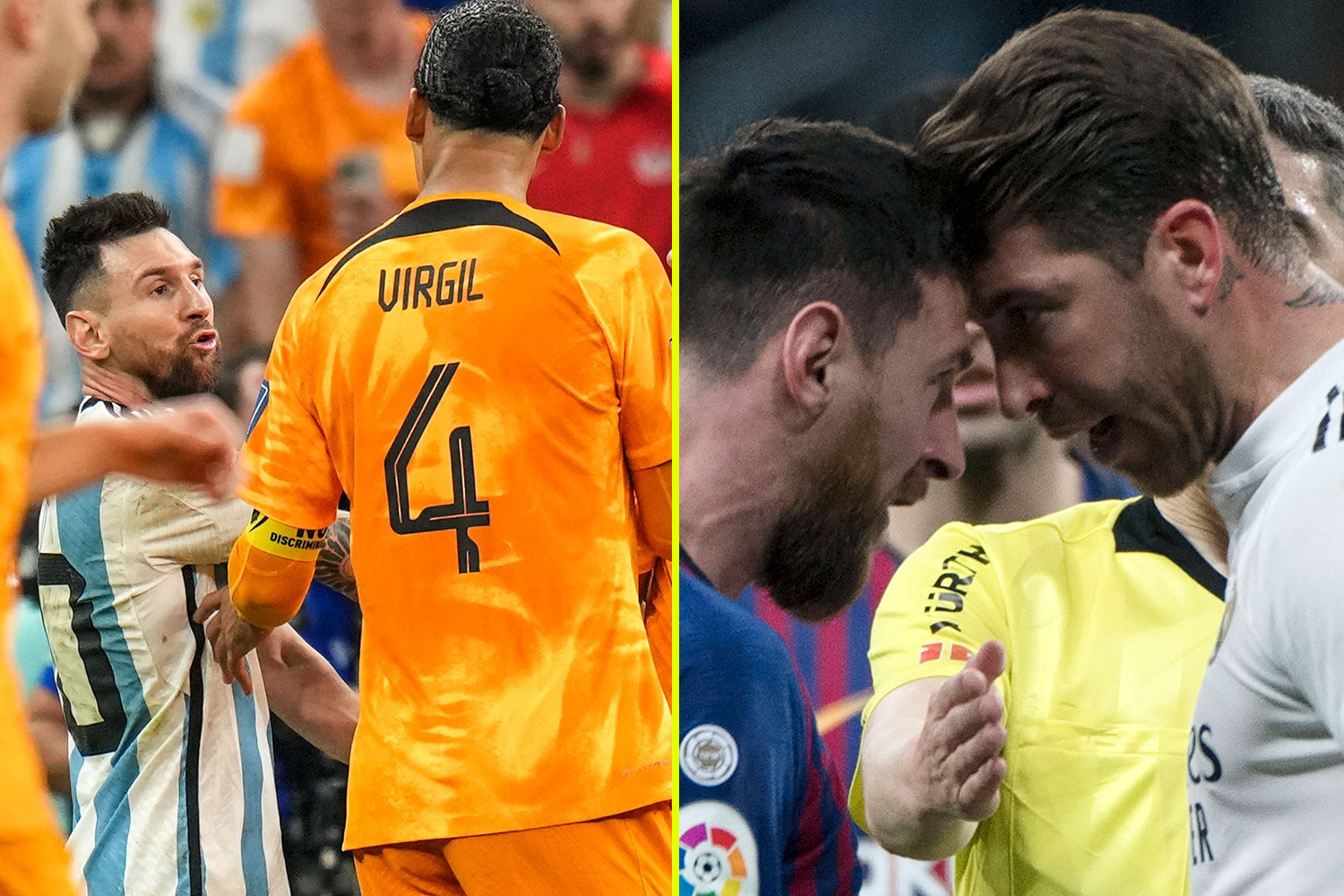 With the ball at his feet, Lionel Messi has tricked many into believing he is more alien than human.

But his temper shows that Argentina’s talisman is very much from this world. 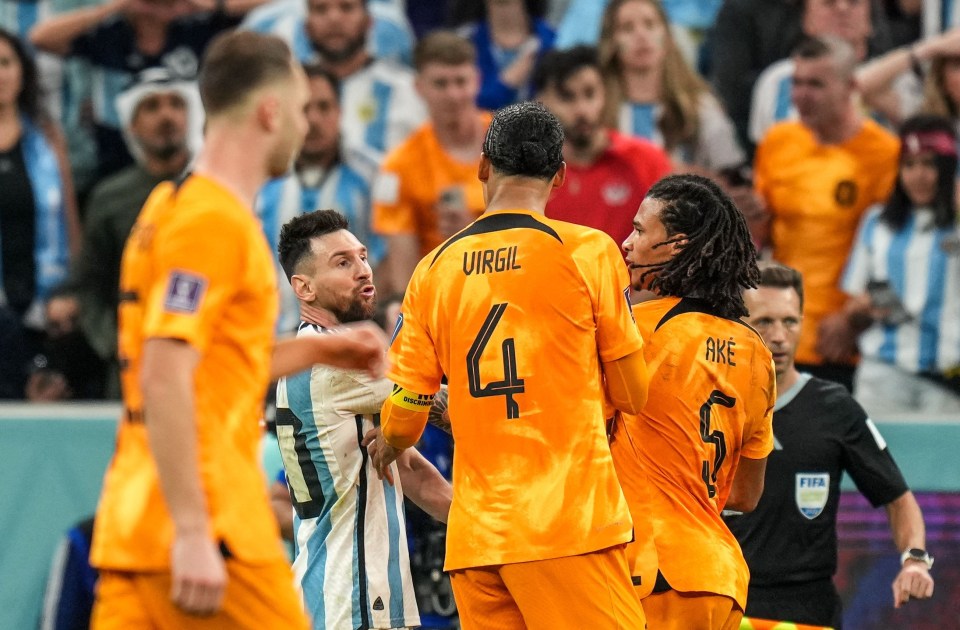 Messi was ready to rumble with the entire Netherlands squad, including manager Louis van Gaal

While Messi has produced football the world may never recreate, even the most average Sunday League player can relate to his frequent tantrums.

There was a suggestion his outburst in the dramatic victory over the Netherlands was out of character. It wasn’t.

Messi, the shy little introverted man, is quite the gobs**** in the heat of battle.

The seven-time Ballon d’Or winner told Netherlands manager Louis van Gaal to stop talking so much after celebrating his goal right in front of the Dutch bench.

Messi also clashed with big Wout Weghorst – who tried to approach him in the tunnel to offer a handshake after the Dutchman’s expert display of s***housery in Argentina’s penalty shootout win.

Messi responded: “Who are you looking at, stupid? Go ahead, you idiot.” 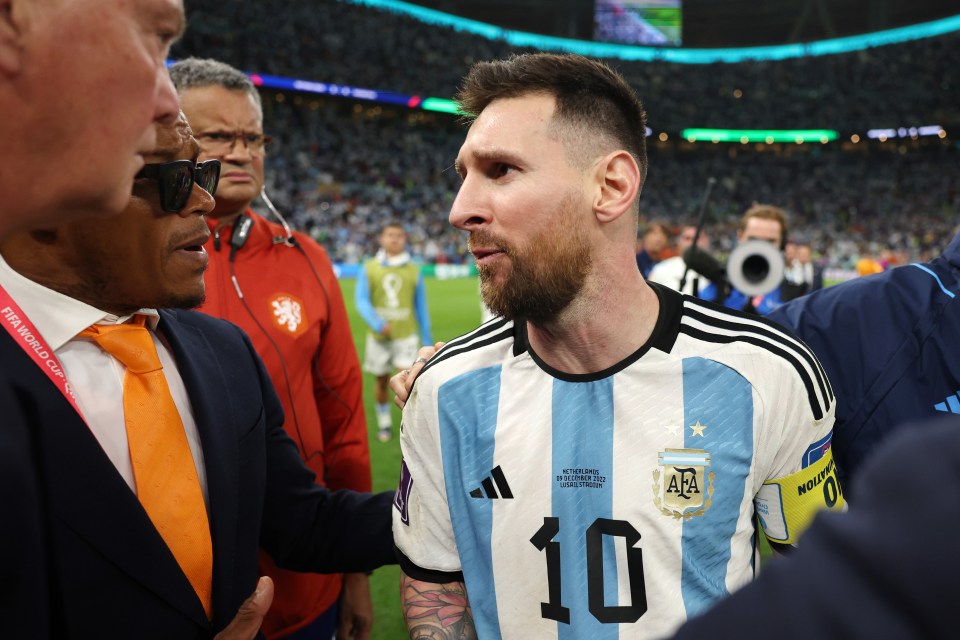 He even approached Van Gaal at full-time

It was an ill-termpered game and, sure enough, the Netherlands got under Messi’s skin.

But it really isn’t that hard to do. Back in the day, Sergio Ramos only needed to look at Messi for the Argentine to lose his cool.

During their time at Barcelona and Real Madrid, Messi and Ramos would clash regularly, kicking lumps out of each other and butting heads on numerous occasions down the years.

Messi’s iconic celebrations against Madrid were provocative, to say the least, and in 2011, the 35-year-old smashed a ball into the Bernabeu crowd, prompting the wrath of Pepe. 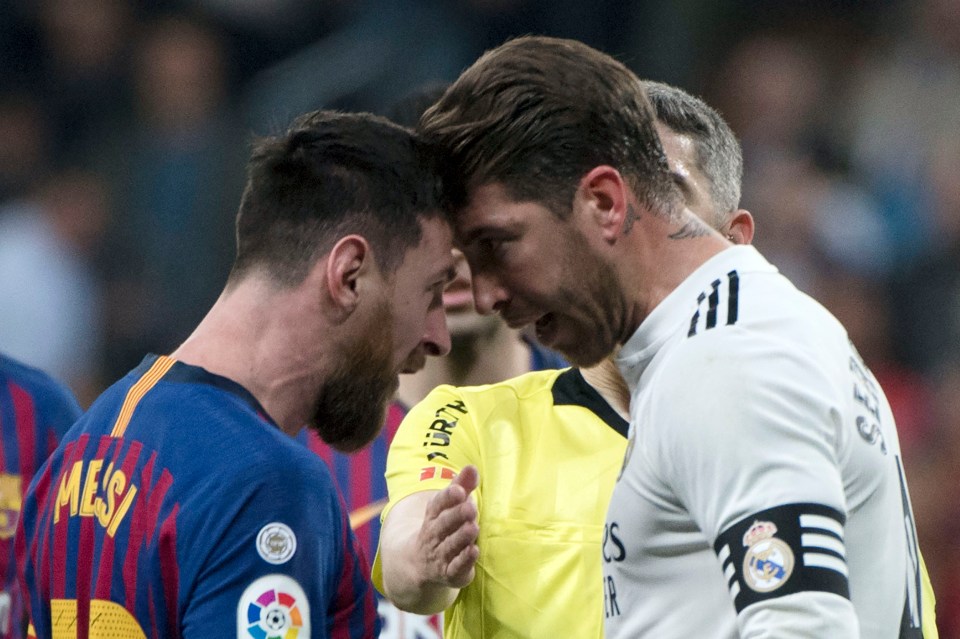 Messi once smashed the ball at the Bernabeu faithful

But it was not just El Clasico that brought out Messi’s angry side. Just ask Mapou Yanga-Mbiwa.

In 2015, Messi headbutted and throttled the Roma man… in a pre-season friendly!

He escaped a red card, but his hot-headedness has landed him in hot water multiple times.

The Paris Saint-Germain superstar has been sent off three times in his career and each one was for lashing out. 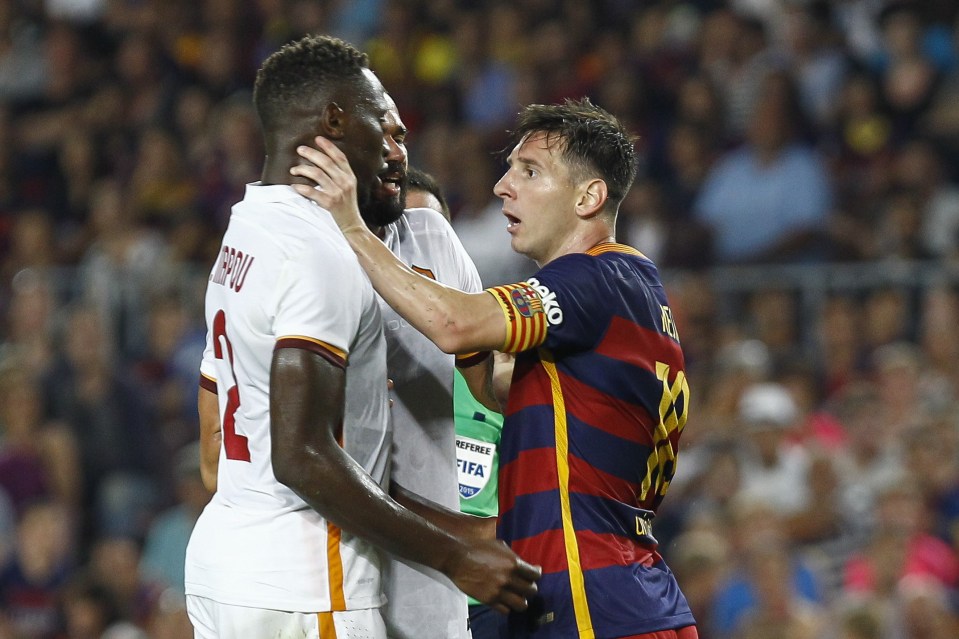 Despite his brilliance, there can be no denying Messi’s mean streak 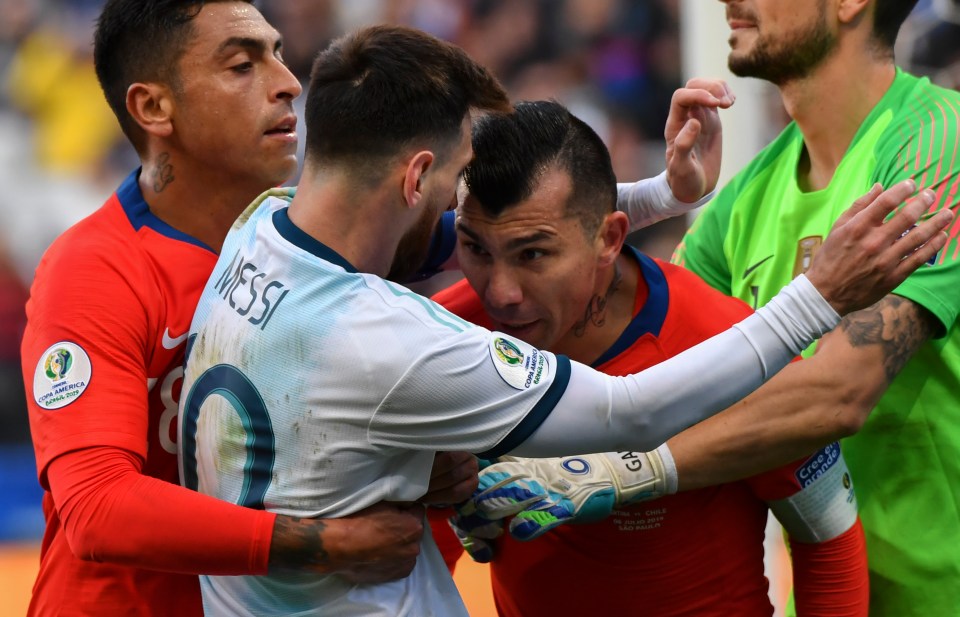 He just loves butting heads with the opposition

An 18-year-old Messi elbowed Hungary’s Vilmos Vanczak moments into his Argentina debut in 2005 and got shown a straight red card.

His next one would come 14-years later, but it was equally violent as Messi got involved in a scrap with Chile’s Gary Medel.

And his most recent red card came in 2021 when he struck Asier Villalibre over the head during Barcelona’s 3-2 defeat to Atletico Bilbao in the Spanish Super Cup final.

So you get the point, Messi is no saint.

Maybe that’s what two decades of being kicked for a living will do to you.

But if Croatia, who Argentina face in the World Cup semi-finals live on talkSPORT on Tuesday night were reminded of anything, it is that the even the greatest player of all-time is suceptible to a classic wind-up.