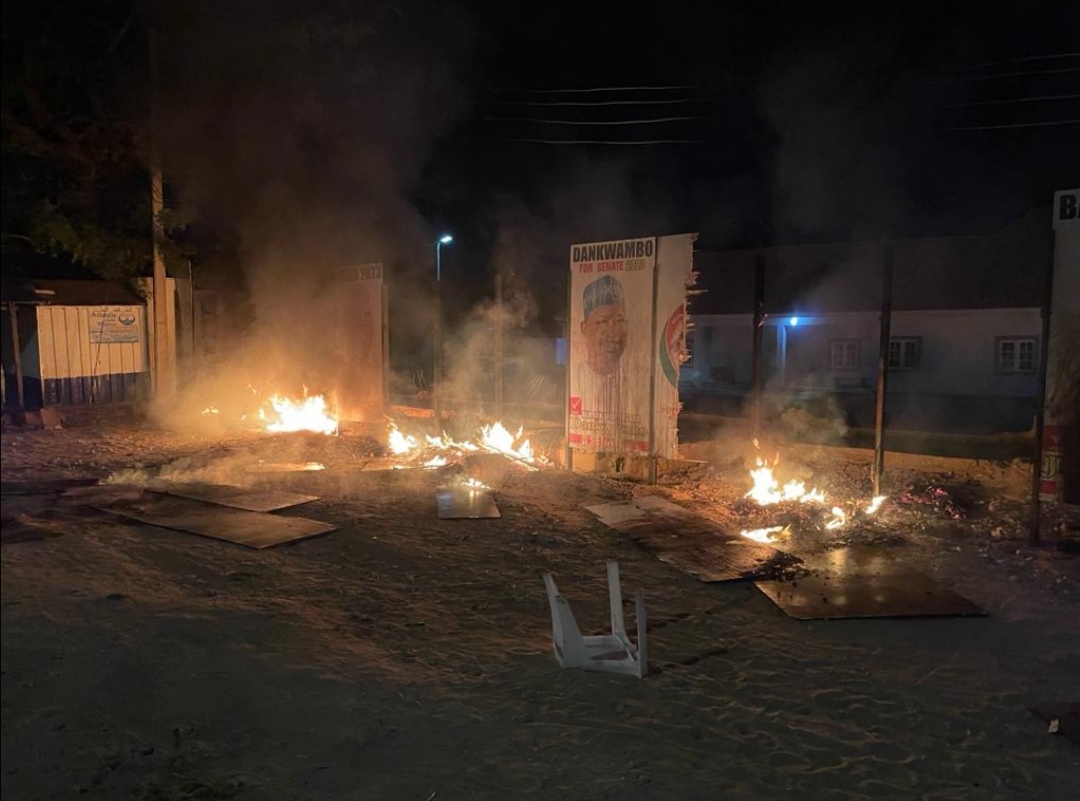 Junaidu Abubakar, deputy director-general of media, Atiku/Barde campaign council, in a statement said several properties were destroyed, adding that members of the All Progressives Congress (APC) were to blame.

“There was an attack on the building housing the Barde Campaign Organisation in the early hours of today by political thugs, suspected to be that of the sinking APC, setting ablaze the building and destroying properties,” the statement reads.

“The cowardly attack on this edifice, one of many in the last months further affirmed the present government’s stand on violence and destruction, a threat to the fragile peace of the state, which must vehemently be rejected by all and sundry.

“The PDP Governorship candidate, Alh Muhammad Jibrin Barde has on different occasions rejected violence and political thuggery, stressing the need to engage the resourceful Gombe youth in a meaningful pursuit.

“The Good people of Gombe State are hereby prompted to reject this act of oppression on the ballot comes 2023.

“The Barde Agenda rests on securing the lives and properties of the people, equal opportunities for the youth and women, rapid infrastructural development and providing a level playing ground for the opposition devoid of any undue oppression.”

“You have seen the pictures; yes the attack happened and we will get full details before going public,” he said.

“We have started an investigation because the attack happened in the night and it is too early to give details now.

“So just give me a little more time and we will get you the details.”