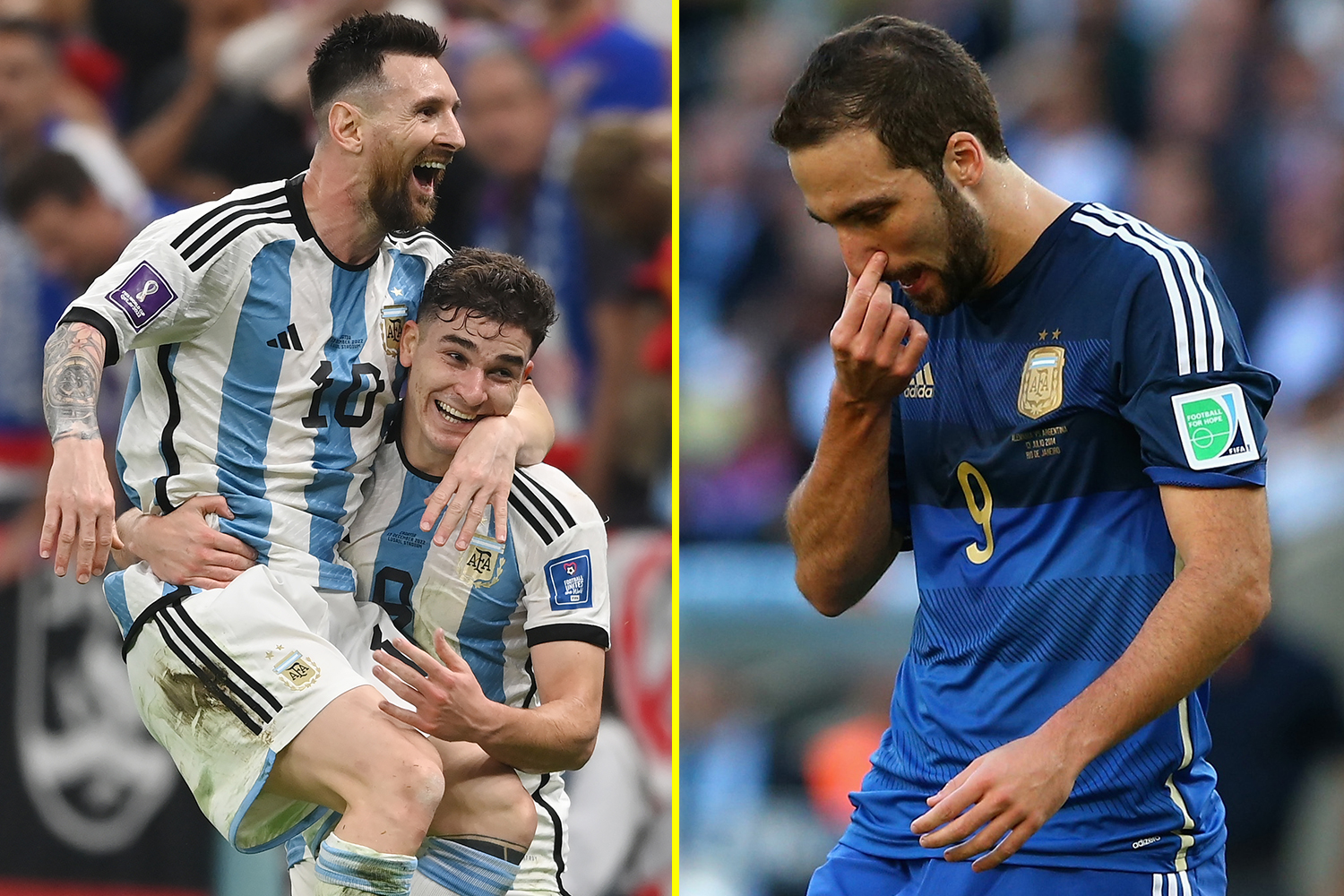 Gonzalo Higuain’s fluffed one-on-one with Manuel Neuer in the 2014 World Cup final will go down in Argentina’s football history.

The recently-retired former Real Madrid, Napoli and Juventus marksman was presented with a gift from Toni Kroos’ botched header in the first-half of their decider at the Maracana in Brazil, but failed. 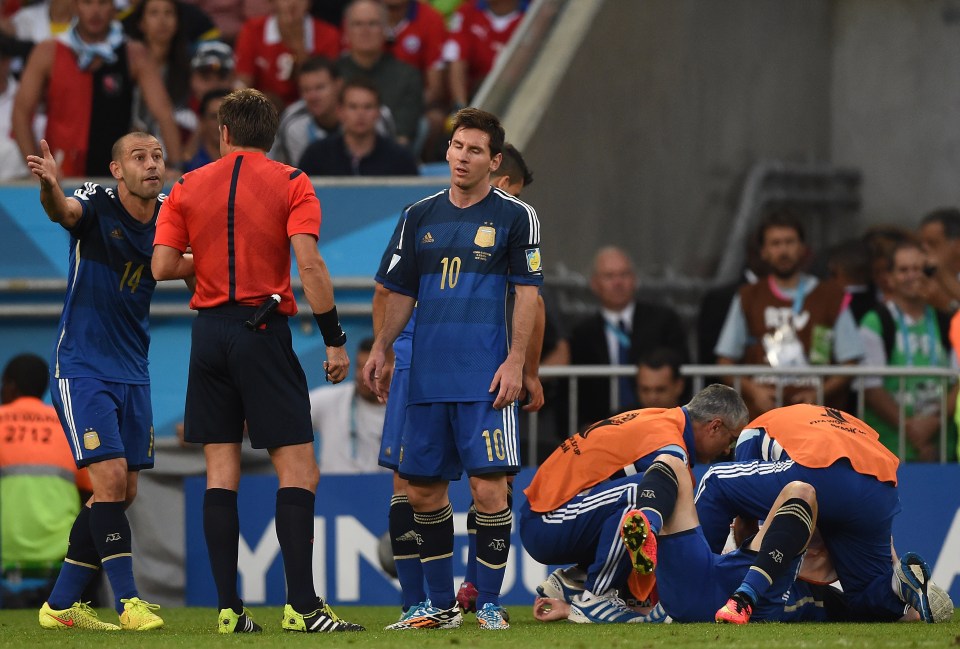 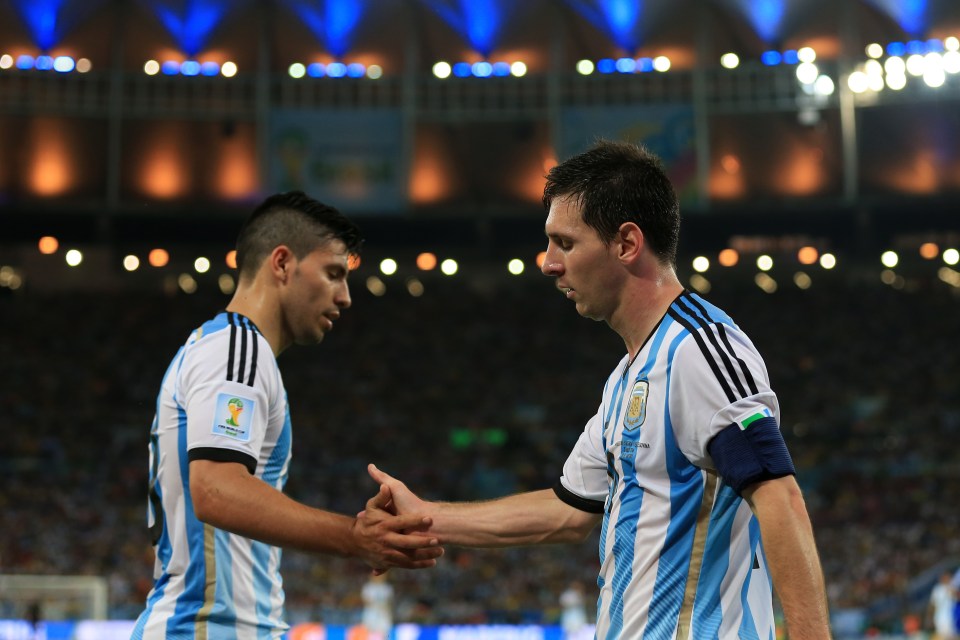 The moment marked the biggest of Higuain’s career and overshadowed the rest of it, despite him being one of the purest goalscorers LaLiga and Serie A has ever seen.

It’s no surprise that he maintains that reputation in Spain and Italy, given there’s few better countries than Argentina at creating world class No.9s.

Gabriel Batistuta is the classic example of unadulterated nostalgia-inducing net-bursting joy, and there’s been many more since, but the newest recruit may just top the lot.

The likes of Carlos Tevez, Sergio Aguero and Javier Saviola have all earned the ‘next Diego Maradona’ name-tag during their careers, but none came anywhere close to the 1986 World Cup-winning legend.

But it wasn’t like they had to. All that’s really been required from 2010 in South Africa onwards is to complement Lionel Messi and finish the assists he puts on a plate, but even that seemingly simple task has proved near-impossible.

Manchester City’s all-time top scorer Aguero couldn’t do it, and neither could the adored Tevez, now though, someone’s showing them how it’s done. 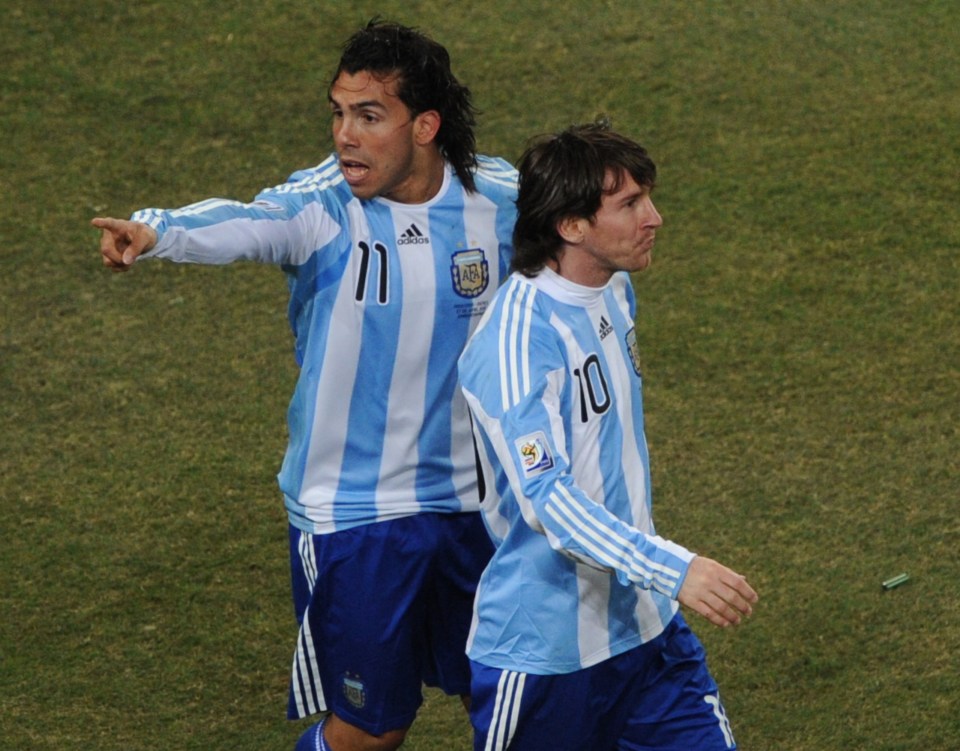 Tevez wasn’t the one for Messi either 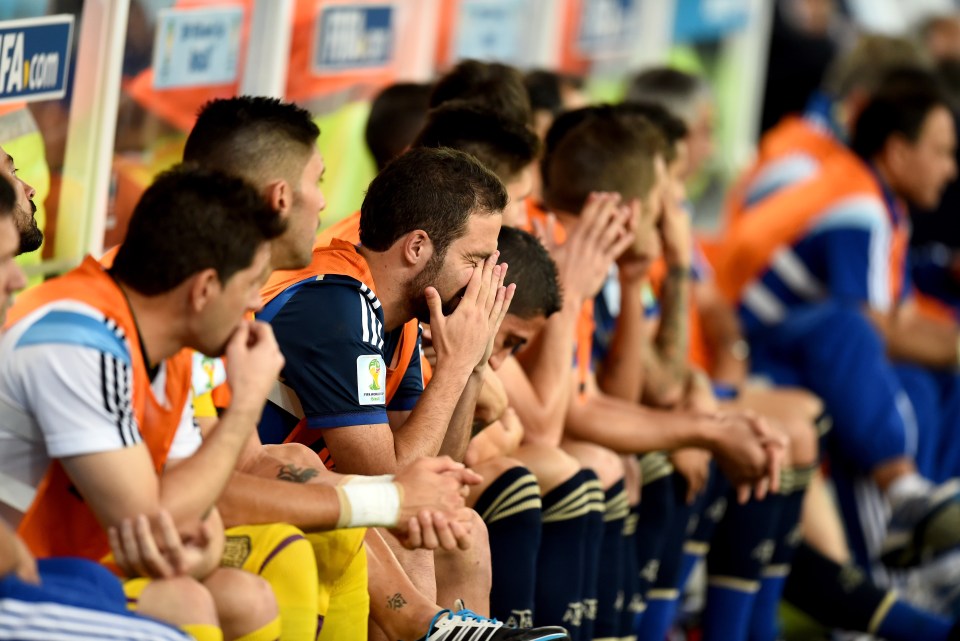 Higuain was broken by his 2014 expereinces

The shock though, is that it isn’t 2021 Copa America winning hero Lautaro Martinez, it’s Man City’s Julian Alvarez, who only made his senior debut last June.

Alvarez was a watchful apprentice as Argentina picked up their first continental crown since 1993, registering just 34 minutes last year as he saw Messi, Martinez and Angel Di Maria got to work winning the Copa America.

Now he’s the main man up front, and finally making the seemingly impossible task of complementing Messi look rather easy.

The 22-year-old has four World Cup goals to his name as he’s made himself a surprise undroppable for Lionel Scaloni, and even had the pleasure of tapping in from a Messi wonder-run against Croatia. 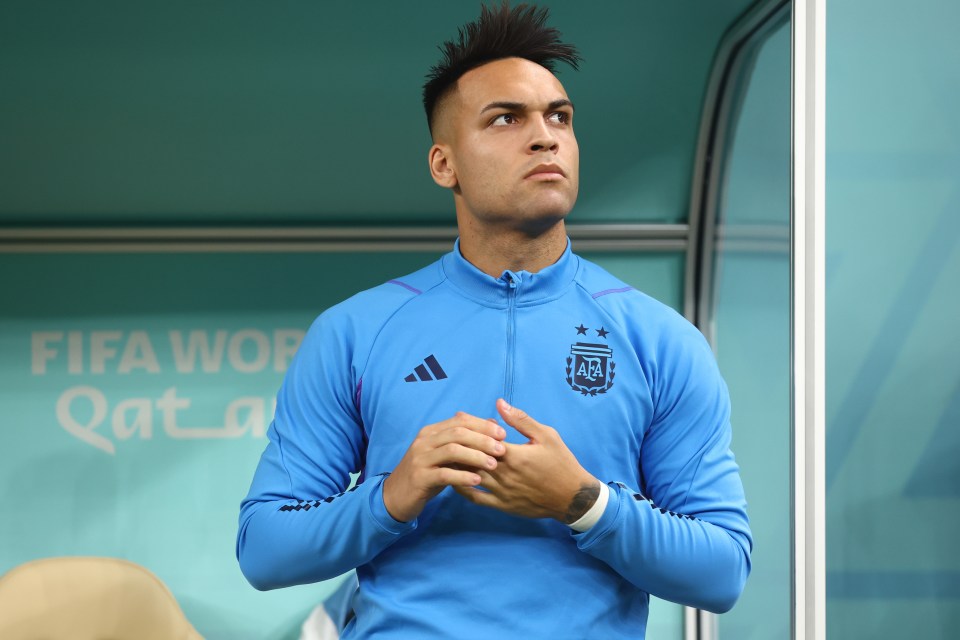 Lautaro was earmarked as the one for Messi 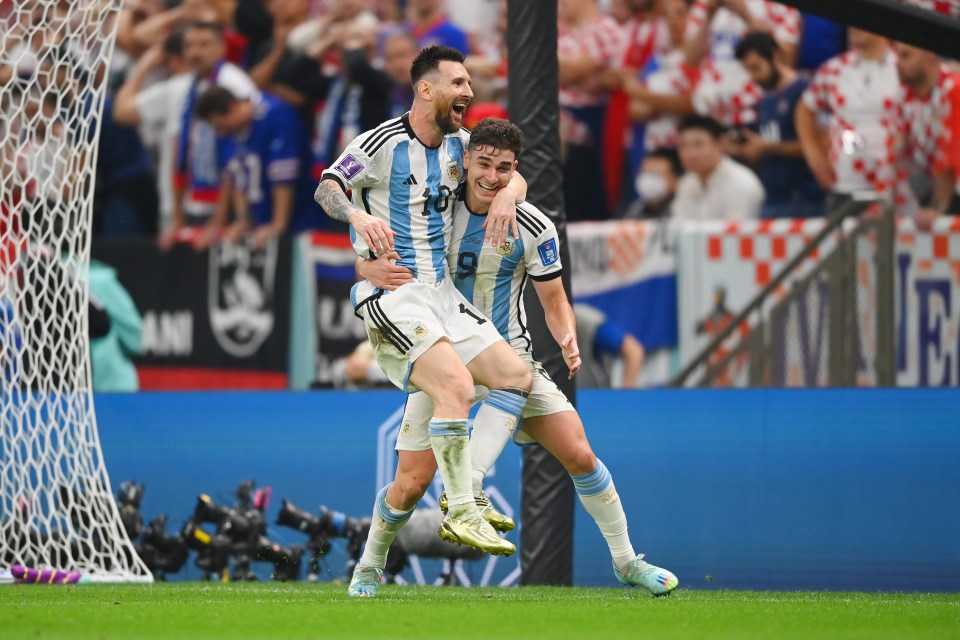 But Alvarez has instead stepped up

Now there’s one game left to repeat those heroics and send his team’s No.10 and captain to the highest of heights, and you wouldn’t bet against him.

A photo earlier in the tournament of a young autograph-hunting Alvarez meeting Messi went viral, and now he looks set to be the key to finally unlocking the World Cup trophy.

The shock of Alvarez’s emergence is only compounded by the fact he’s still a rare sight for his new club Man City, disappointedly stuck behind goalscoring machine Erling Haaland.

But while Pep Guardiola may be struggling to force the youngster into his line-up, he’s perhaps more aware of his talent than anyone else.

“Julian was incredible,” Guardiola said after his debut in July. “Defensively he is quite similar like Gabriel [Jesus].

“Gabriel is probably the best, but he is close to him in aggression and how intuitive he is, he makes the runs and with the ball he’s absolutely brilliant. 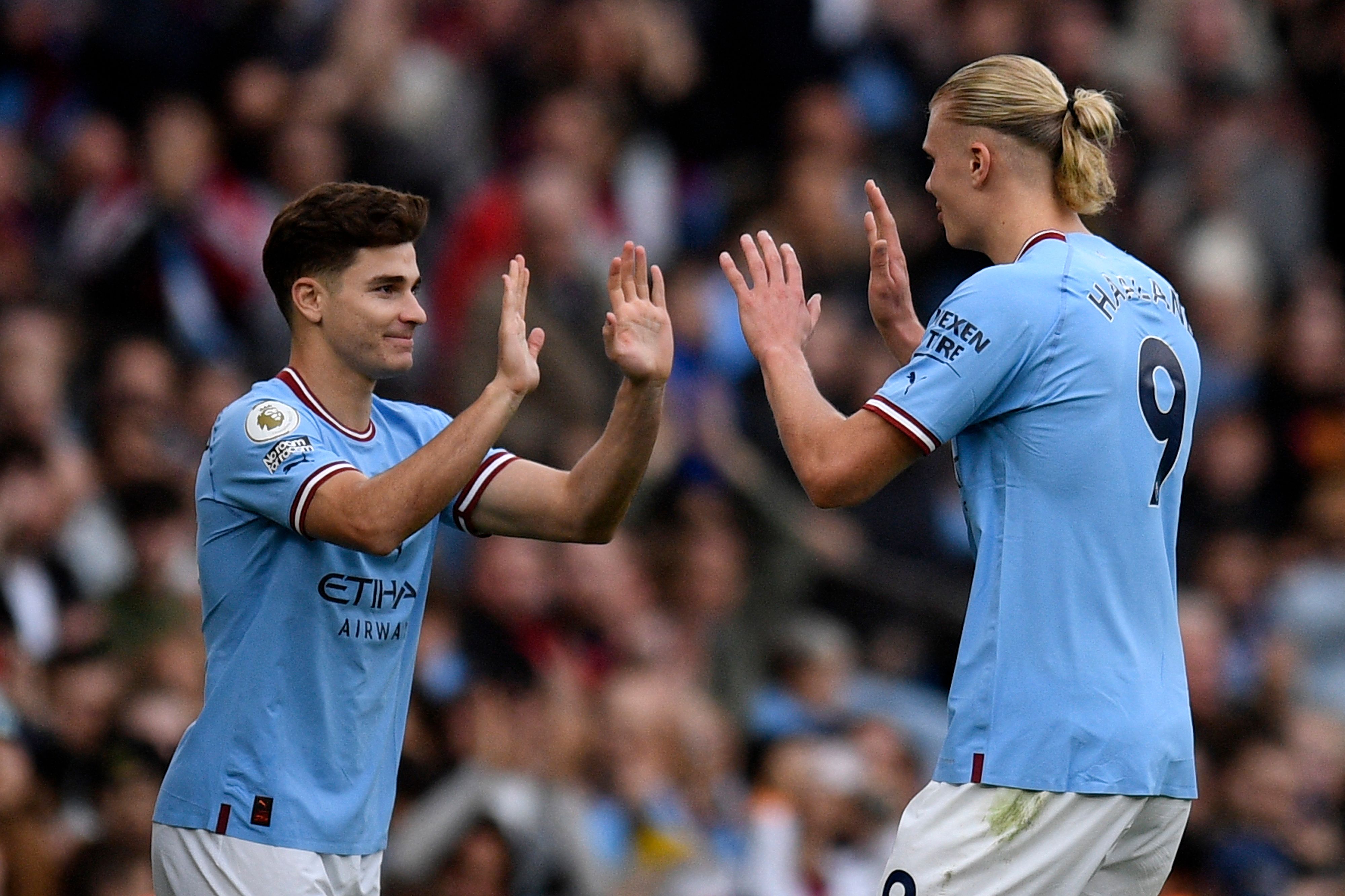 Alvarez hasn’t had the minutes for City yet, but they may have an issue if they can’t find a way to include him

“He can keep the ball and you can link with him without a problem.

“We have the feeling we signed a top-class young player for the next years to come, and we are delighted.

“The job that [manager] Marcelo Gallardo did at River Plate, we have the benefit, and hopefully he can grow up in an important league like the Premier League.”

Following his brace against Croatia, Alvarez has now managed more minutes in the World Cup than the Premier League this season, showing just how stacked City’s squad is.

But with all the talk about Haaland’s bargain £51million purchase from Borussia Dortmund, Alvarez’s £14m from River Plate may end up being the real snip.

And even if he isn’t able to eventually claim a place at the Etihad, Messi certainly won’t care, and neither will Argentina if they’ve finally found their key to glory.