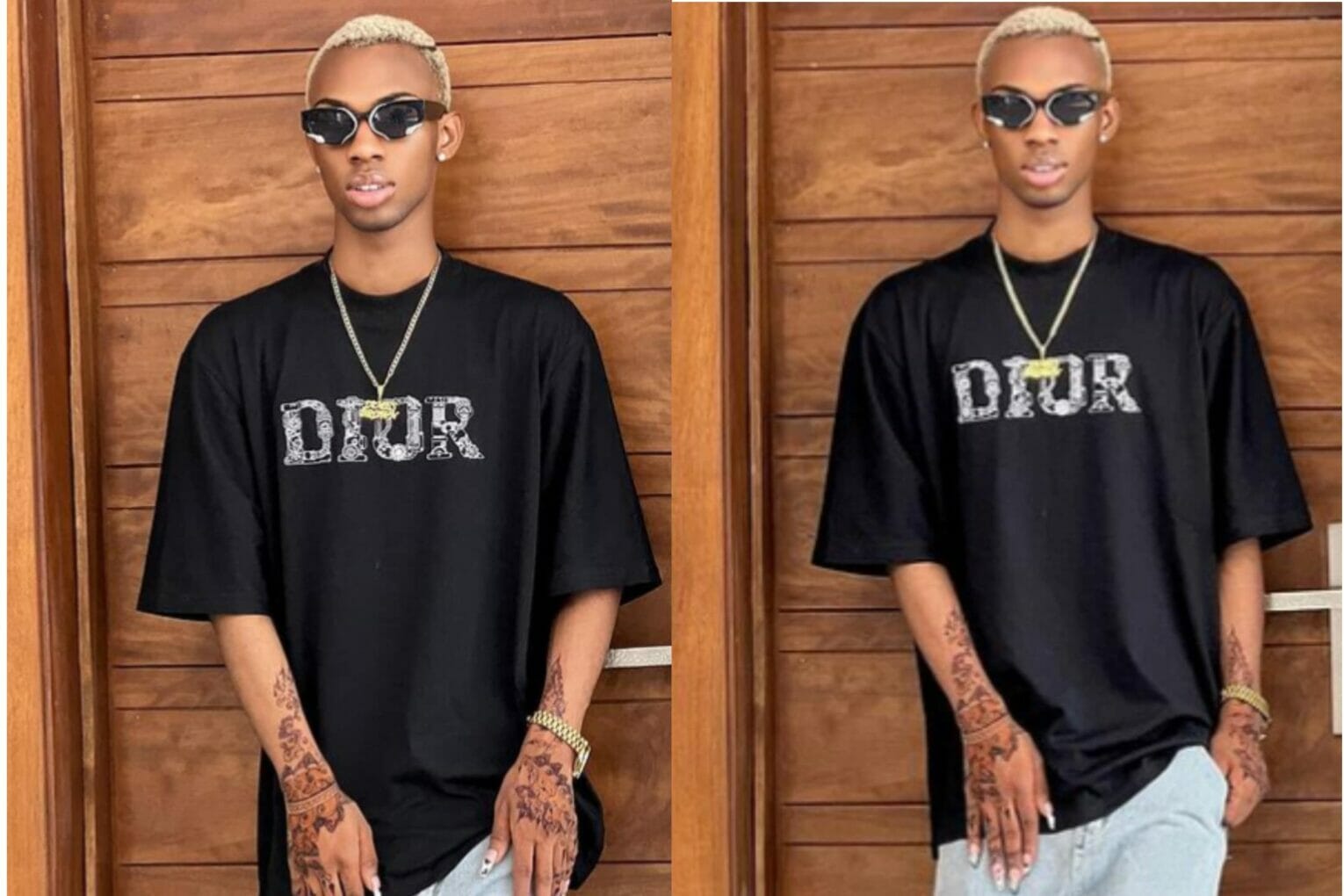 Nigerian crossdresser, James Brown has revealed what he did in order not to confuse his grandmother.

James Brown who has successfully made a name for himself after joining the league of crossdressers took to his Instagram page to share pictures of himself dressed as a man. According to him, he had to appear as a male today because his grandma came to visit him and he didn’t want to confuse her.

He however noted that he is a boy with a feminine spirit.

He wrote: “My Grandma came for a visit, so I decided not confuse her with my look. I am that boy with a feminine spirit”.

James Brown says being a woman can make one wealthy

KFN recalls that James Brown Obialor explained why he chooses to dress as a woman.

The dramatic Duchess of London took to his Instagram account to share pictures of himself dressed as a man, however, with female nails. A fan told him he is handsome as a man and doesn’t understand why he acts like a woman.

Responding to the fan, James Brown said he dresses like a woman because it pays the bills naturally. He also said that being a woman can make somebody rich however if the person is smart. He also offered to help if the fan is interested.

Conversation between James Brown and Fan

The fan wrote: You fine as a man, I don’t know why you acting like a woman.

Replying to the comment, James brown wrote: Because it pays the bills naturally, Being a woman can make you wealthy if you are smart. I can teach!

Kemi Filani news reported that James brown is one of the celebrities who set the internet agog with their sex videos.

On Monday, 10th October, a video of James brown having s*x leaked online.

The crossdresser was seen having s*x with an unidentified woman in the video. The video, which was leaked on Snapchat, went viral on all social media platforms.

Finally speaking out, James Brown stated that he felt depressed and sad. According to him, he can’t sleep well and was having a bad dream.

“For the first time in a long time I am sad & depressed, I feel down and tired. Is this what it fell like.

He further tweeted, “I can’t sleep well, I am havering a bad dream”.