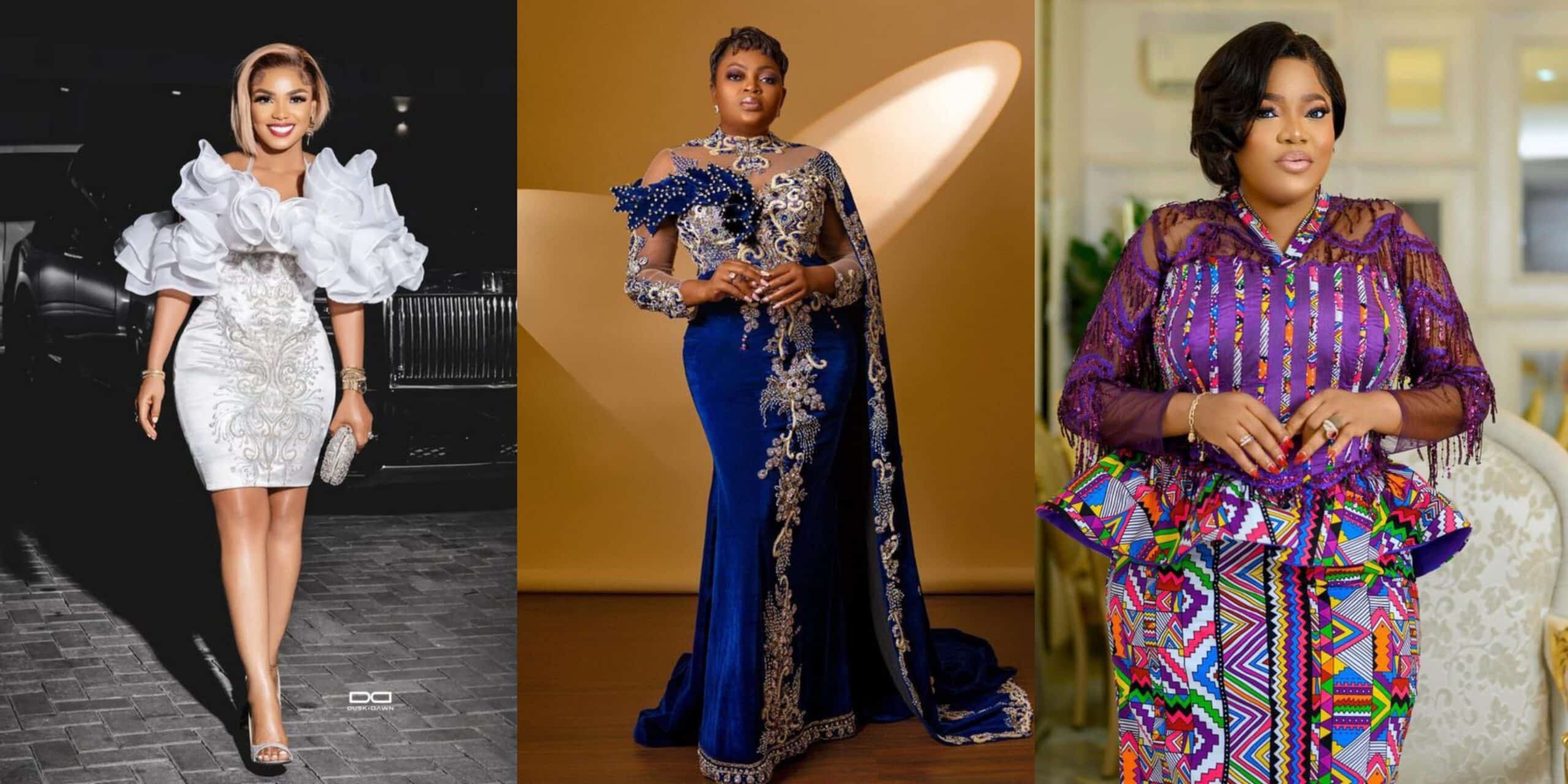 The girlfriend of Paul Okoye has proven that there is no bad blood between her and colleague, Toyin Abraham.

Recall that Iyabo Ojo had raised eyebrows when she promoted Funke Akindele’s new movie and shunned Toyin Abraham’s own. Many assumed that Iyabo had severed ties with Toyin and had become bestie with Funke.

Proven the rumours as untrue, Iyabo has finally promoted Toyin’s new movie, Ijakumo, which is coming to cinemas this December. 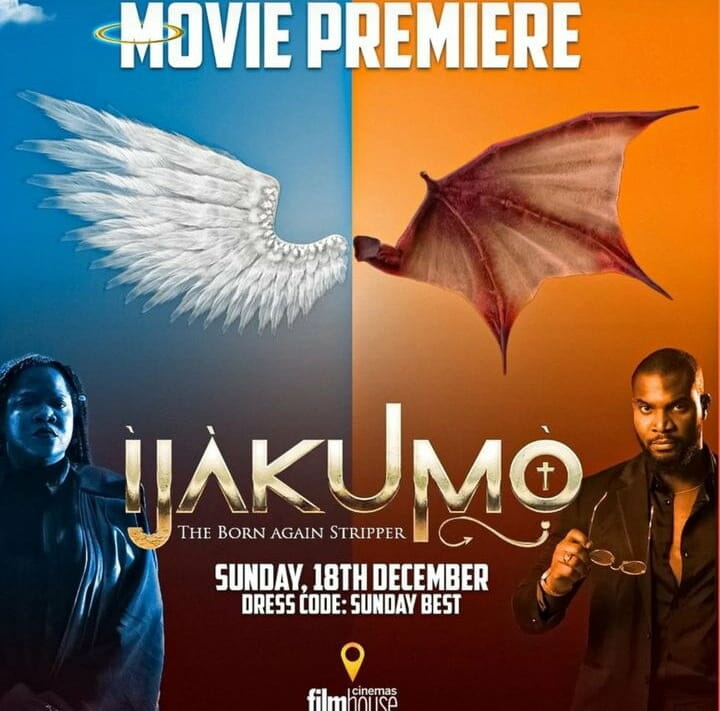 Sharing a promotional flyer of the movie, Iyabo promised to slay on the red carpet. According to her, she is coming with a different swag.

“Oya now!!!! World best on this.
@tiannahsplaceempie let’s kill this look.
This Sunday 18th of Dec @ the @filmhousecinemas I’m coming with a different swag. We ain’t regular.

@toyin_abraham… It’s going to be a glorious day girl.

Reacting, Iyabo Ojo affirmed her loyalty to Toyin Abraham. She replied her, “I got you for live Hun”. 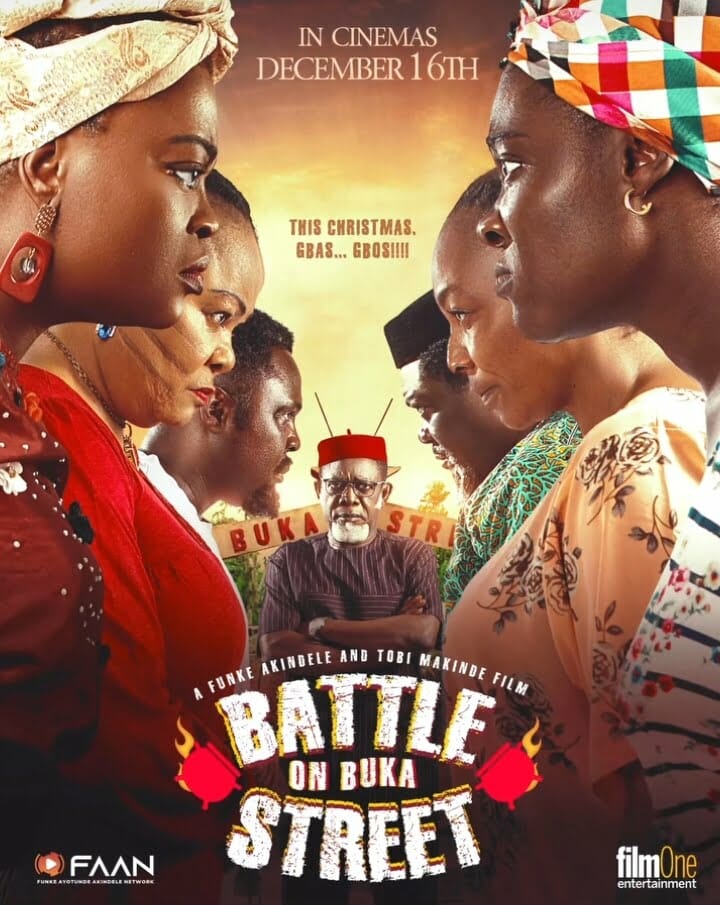 Recall that Iyabo Ojo had creatively helped Funke Akindele in promoting her new film Battle on Buka Street on her Instagram page.

Directed by Funke Akindele, Battle on Buka Street is a story about two women who found themselves at loggerheads when they set up a food business on the same street causing commotion and rivalry between their families.

Pitching her tent with Funke Akindele this time, the 44-year-old who ended her beef with Funke at the 2022 Africa Magic Viewers Choice Awards (AMVCA) described herself as the ‘vawulence mama’, adding that she will be attending the event.

Showing off her invitation to the movie premiere on December 16, she wrote:

“It’s a battle things happening on the 11th of Dec @ the Filmhouse Landmark event center oniru The movie premier of #battleofbukastreet …. A Funke Akindele 8& Tobi Makinde film, I the Vawulence mama shall be there, live & direct to watch & slay! @funkejenifaakindele congratulations dear.”

It is a known fact that Toyin Abraham and Funke Akindele are not friends especially after they both picked the same date for their different movie releases in 2021.

Following the clash in the release date, fans of both actresses were torn between visiting the cinema to watch Toyin Abraham’s The Ghost and The Tout or staying glued to NETFLIX for Funke Akindele’s Omo Ghetto The Saga on the 10th of September, 2021.

Kemi Filani also recalls that a year ago, Iyabo Ojo called out Funke Akindele over the poor rating of Toyin Abraham’s Ghost and the Tout Too.

Iyabo Ojo further accused Funke Akindele of being full of jealousy and negativity, adding that The Ghost and The Tout 2 will surpass Funke’s Omo Ghetto: The Saga. 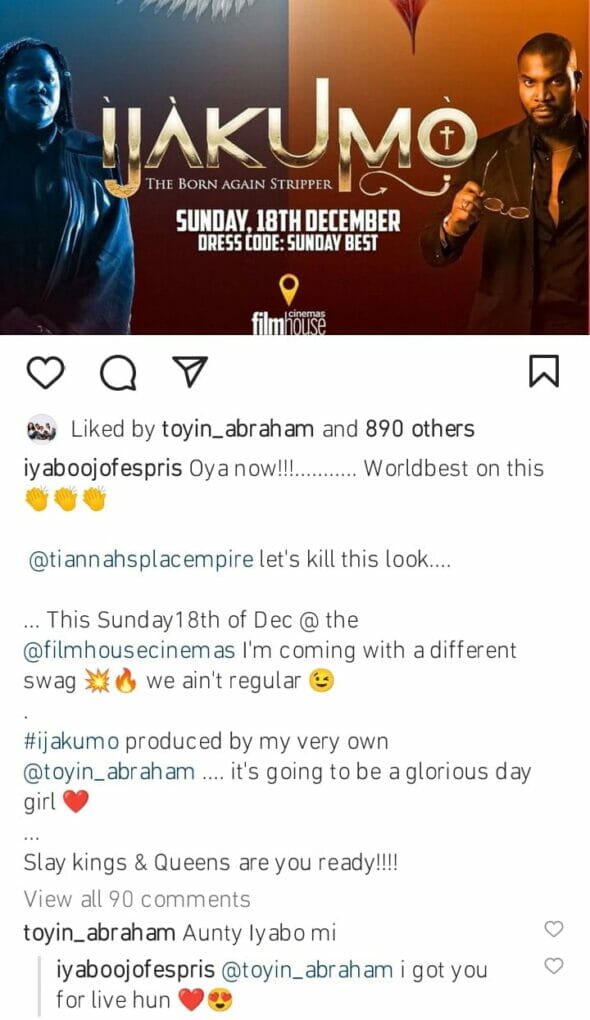