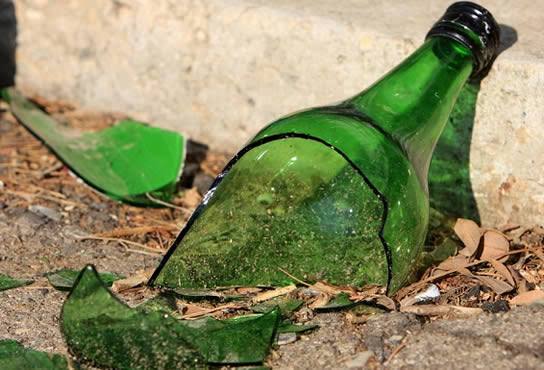 JUST IN; Man allegedly stabs his friend to death with broken bottle, flee

It was gathered that at about 10 pm after the 2022 FIFA World Cup match on Wednesday, December 14, Godstime Oke and Gaga Allia got into a fight which led to Godstime allegedly stabbing Gaga in the neck with a broken bottle.

After the act, Godstime had reportedly fled to the Ugborikoko area, neighbouring Warri but was caught and handed over to the Nigerian Police Force ‘B’ Division on Thursday.

Godstime Oke explained in a video that he was the one collecting money for their compound since there was a light problem in their neighborhood.

He said the fight broke out when Gaga refused to refund the sum of N300 which a tenant had paid to him when he was not around.

He said during the fight that ensued between the two of them, one of his friends Tega, who was around broke a bottle and gave him with which he used to stab to death Gaga Allia.

At the time of filing this report, efforts were still being made to apprehend Tega, the alleged accomplice.

When contacted, the spokesperson for the Delta State Police Command, DSP Bright Edafe, confirmed the incident.