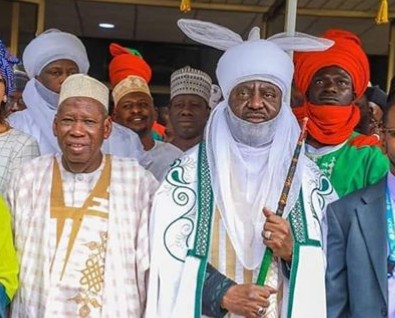 Kano State Government has said that with the consolidation of the four new emirates in the state, the stage has been set for the incorporation of the traditional institution into its sectoral development programmes to accommodate the overall socio-economic needs of the people.

The state Commissioner for Information and Internal Affairs, Malam Muhammad Garba, stated this in a statement yesterday.

He said since the new emirates were created to make the institution stand the test of time and move in the same pace with the global world, the All Progressives Congress (APC) government would make the monarchs stakeholders in the implementation of its development agenda.

Garba stated further that the APC government planned to make the new emirates add value to its various development programmes such as health, agriculture, youth economic empowerment, free and compulsory basic and secondary education, scholarship programmes and various human development initiatives embarked by the administration in the state.

“Apart from the construction and upgrading of four health facilities in the newly created Emirate headquarters of Bichi, Gaya, Rano and Karaye to be fitted with state of the art equipment and construction of road networks, the private sector participation in the development of the new emirates is also in the offing.

“Many banks, entrepreneurs and small-scale industries have indicated strong interest to make a huge presence, while others have pledged to undertake some development programmes in the form of corporate social responsibility,” the statement added.