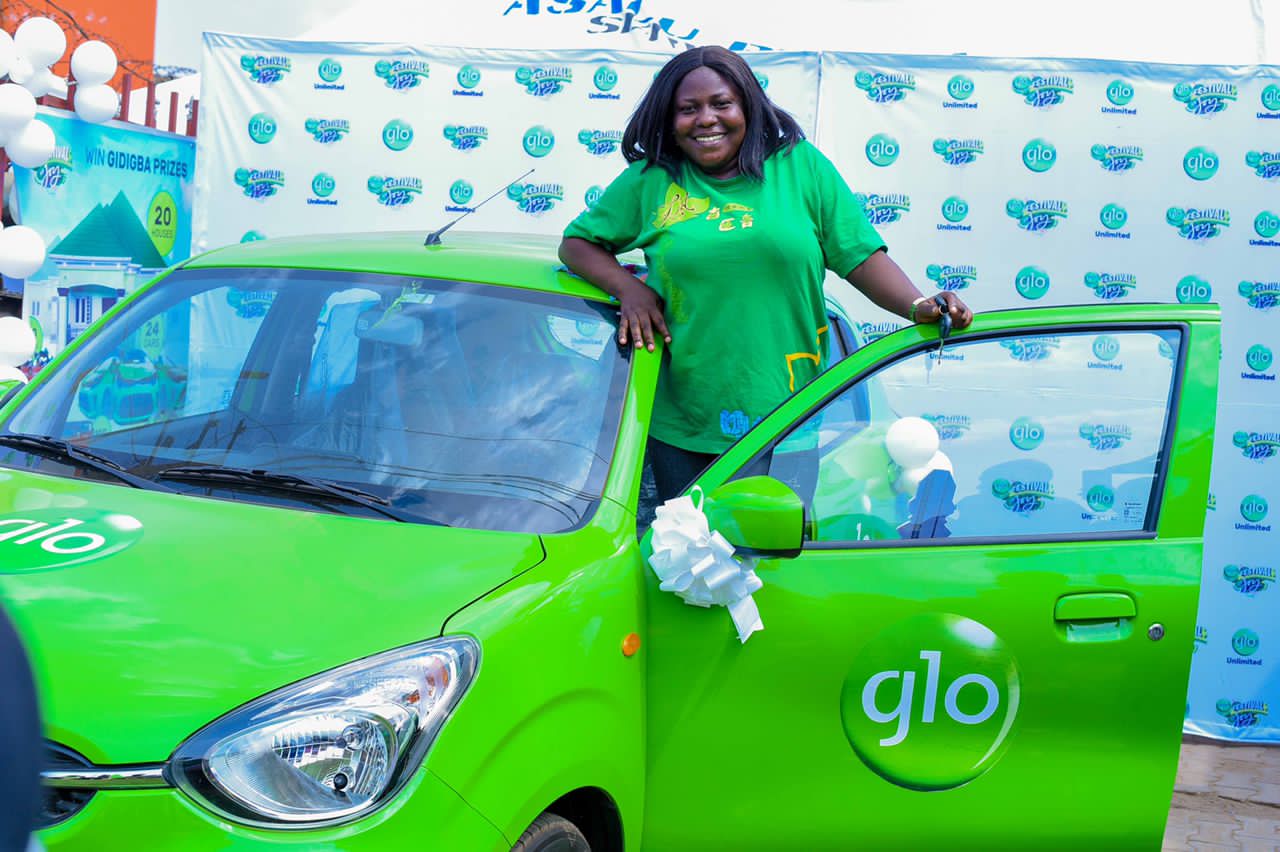 At the Tuesday prize-presentation ceremony of the Glo Festival of Joy promo in Ijebu Ode, car winner, Temitope Bakare, rolled on the floor and shed tears of joy as she received her brand new car.

At the open draw where she had emerged the previous day, attempts by Glo officials to convince Bakare on phone that she had won the car were rebuffed as she kept terminating the calls. When the calls became frequent, she simply switched off her phone. The Glo officials therefore decided to pay the doubting customer a visit at her house located just
about one kilometer to the Gloworld Outlet in Ijebu Ode. 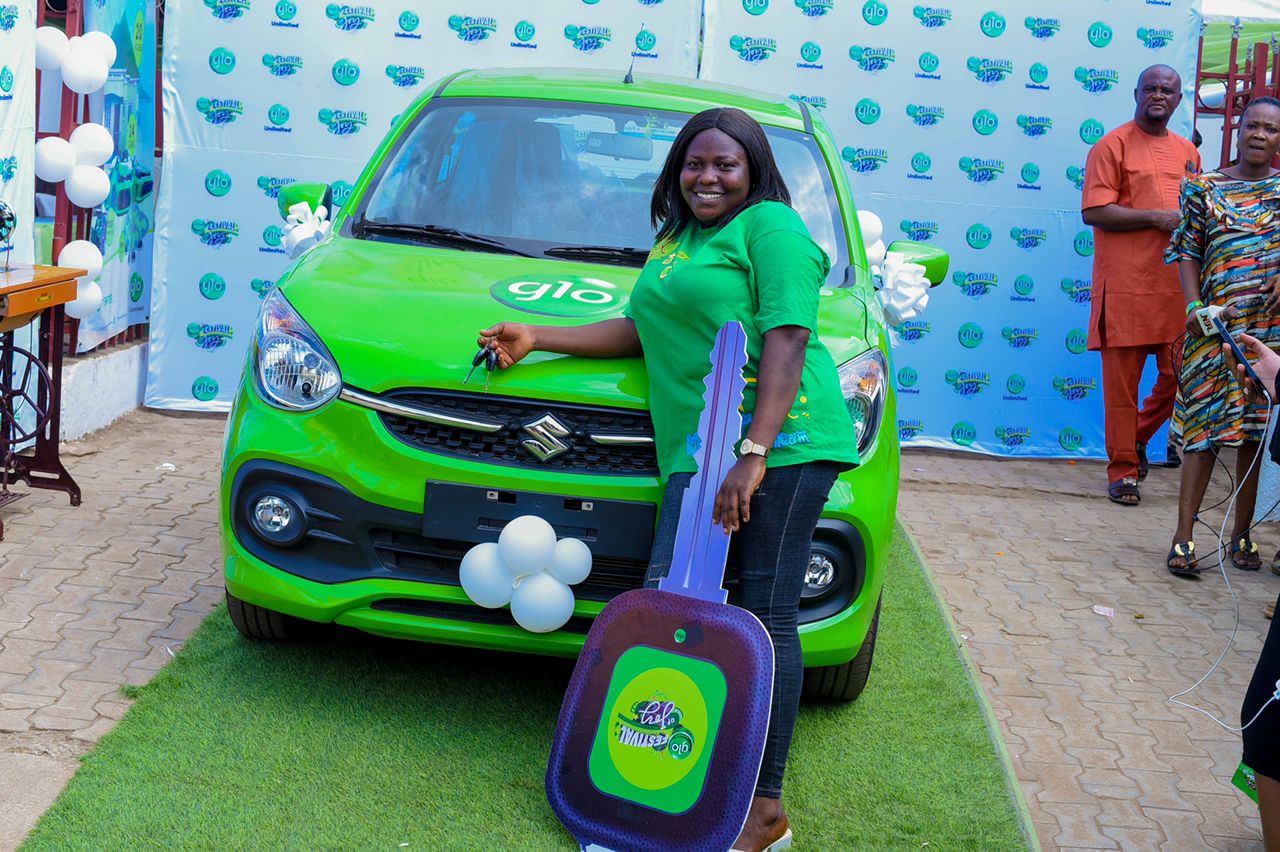 The visit paid off as Bakare eventually realised that she had hit a jackpot in the Glo customer appreciation promo. Explaining her initial response she said, “When the calls kept coming and coming, I thought they were from fraudsters. Though I dialed *611# short code and kept recharging, I never thought I could win among millions of subscribers.
This was why I decided to switch off my phone to block further calls”.

The entire community erupted in jubilation at the presentation ceremony, while her relations and neighbours hugged her in excitement. Incidentally, the winning SIM was a gift from the winner’s 39-year-old seamstress  aunt, Mrs. Adijat Adesoye, who was also on hand  with Temitope ‘s  54-year-old father, Mr. Moroof Bakare, and other members of
the extended Bakare Family to receive the prize.

The State Commissioner for Finance, Honourable Waheed Odusile, who graced the occasion said he was pleasantly surprised to see the quality and quantity of prizes being presented to subscribers at the event. He commended Globacom for taking special interest in the welfare of its customers and their empowerment through Festival of Joy. 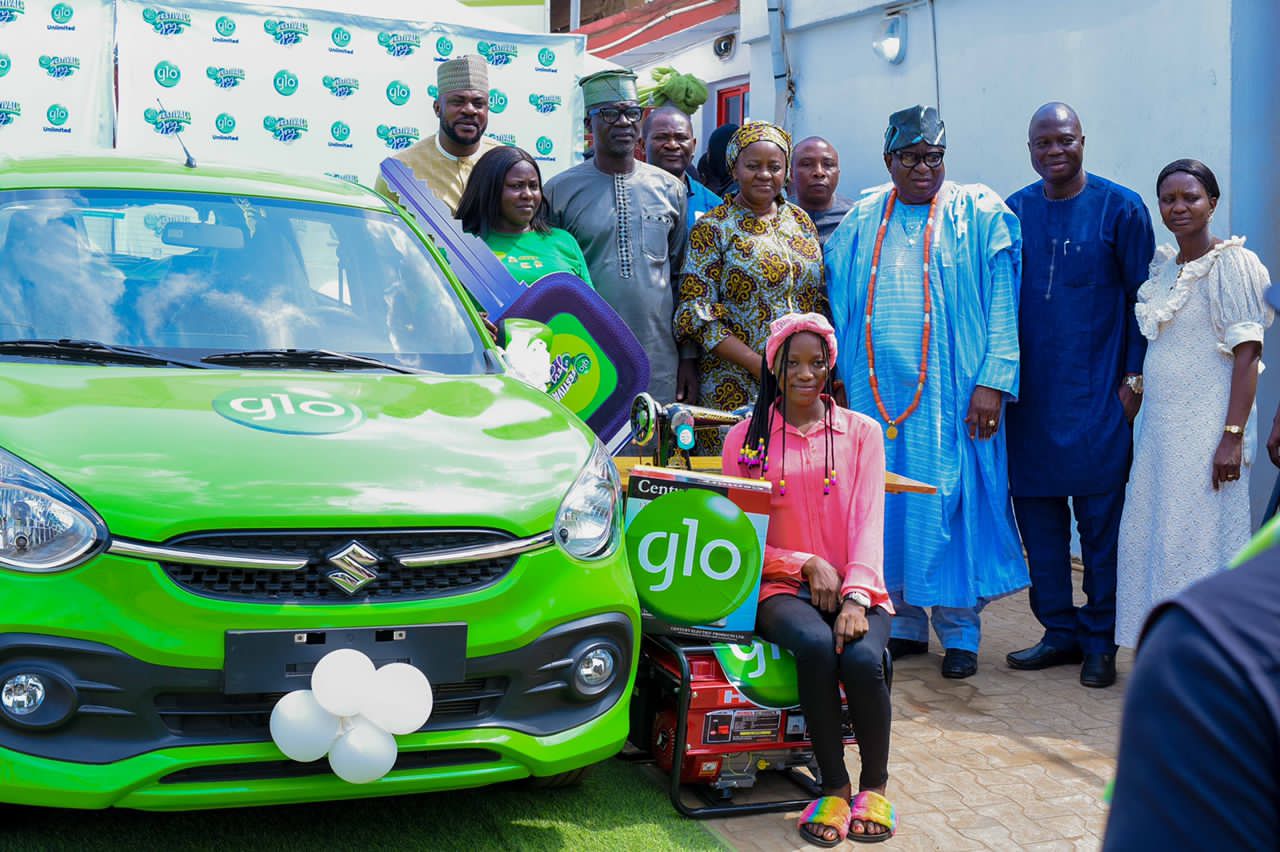