Croatia assistant coach Mario Mandzukic was sent off for his protests against Argentina’s penalty, which Lionel Messi converted in their 3-0 World Cup semi-final win.

The South Americans were awarded a spot-kick in the first half after Dominik Livakovic brought down Julian Alvarez. 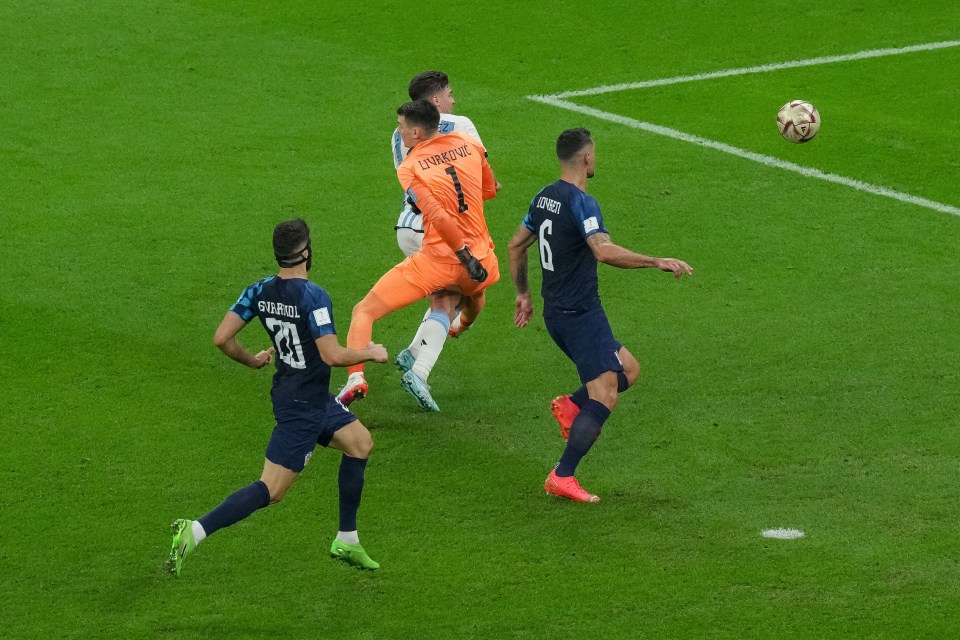 Argentina were awarded the penalty after Alvarez and Livakovic collided 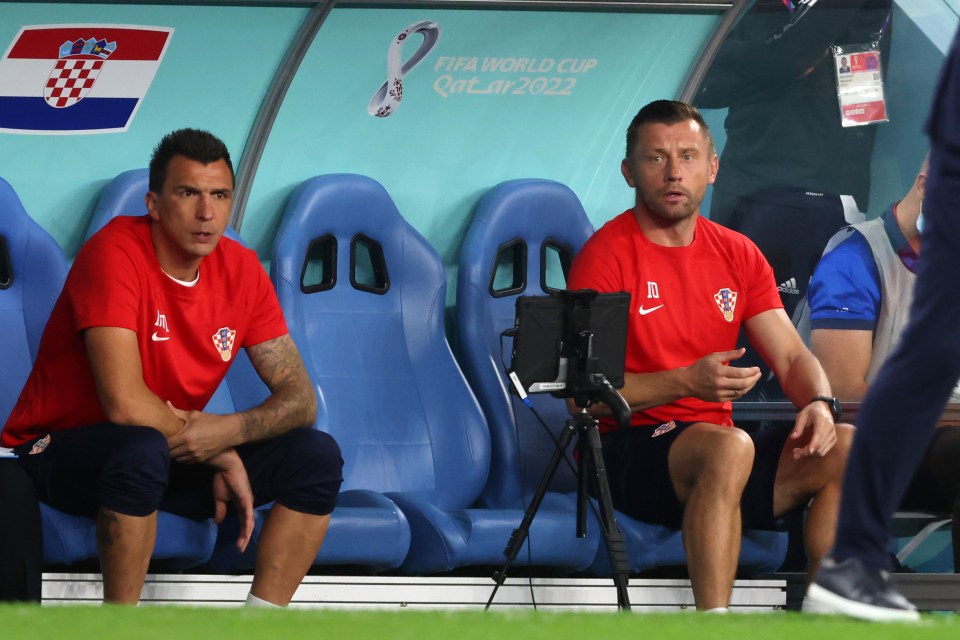 Croatia‘s goalkeeper was booked for the challenge and midfielder Mateo Kovacic also received a yellow card, but their assistant coach was given harsher treatment.

Former striker Mandzukic was sent off for his complaints over the penalty, with the European outfit crumbling after such a positive start to the match.

Lionel Messi was on hand to net the penalty for Argentina, his fifth goal at the World Cup in Qatar.

Alvarez was then able to get himself onto the scoresheet soon after, with the Manchester City striker making a dazzling run before netting to make it 2-0.

And Alvarez then put the game to bed in the 69th minute after firing in from close range after being set up magically by Messi down the right flank.

The penalty ultimately proved to be the turning point in the game, with Croatia second best after going 1-0 down. 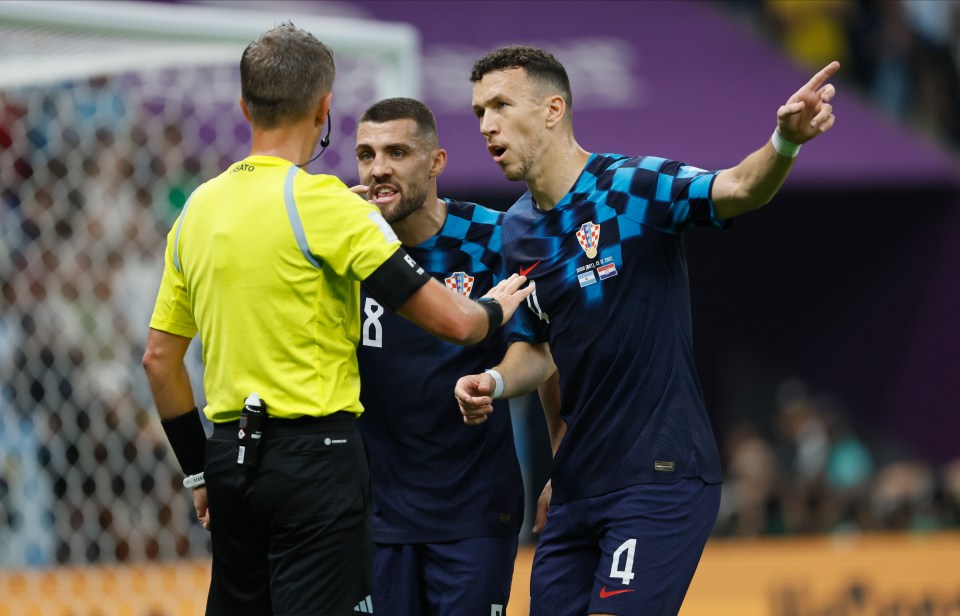 The Croatia players were incensed with the decision

'Not as good as people think' - Sancho showing difference in leagues, Jordan believes

And Manchester United legends Roy Keane and Gary Neville along with Arsenal icon Ian Wright sympathised with Croatia, with the trio believing the spot-kick shouldn’t have been awarded.

Neville told ITV: “Not a penalty, not all all, I didn’t think it was at the time.

“The ‘keeper comes out, he stops himself as the shot is about to be taken and Alvarez runs into him and takes his leg away. What is he meant to do? That is not a penalty.”

Wright then remarked: “The referee hasn’t even looked back at it, I just don’t understand.” 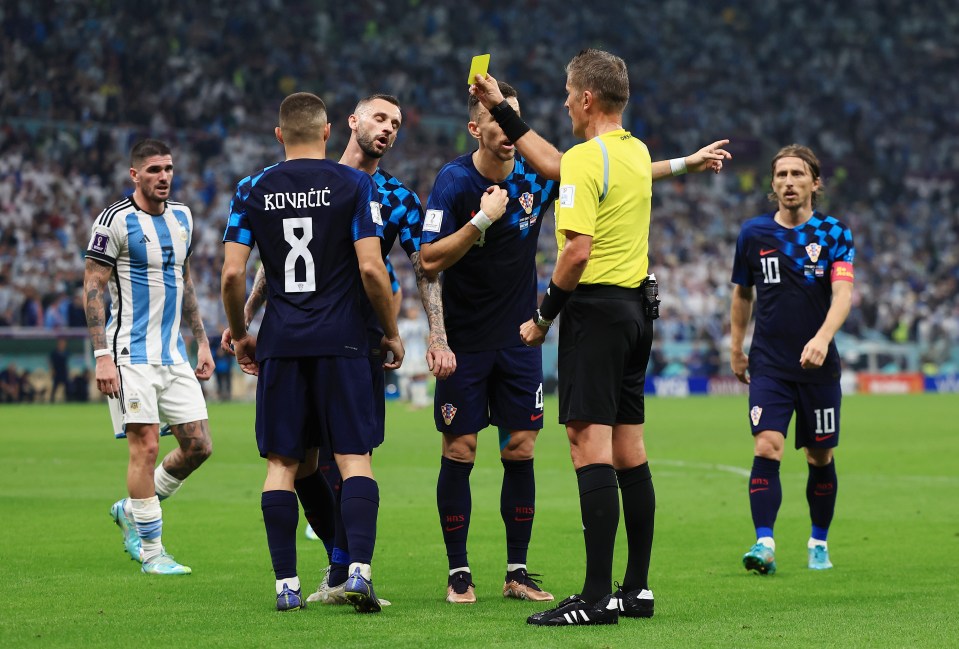 Kovacic was booked for his protests

Keane added: “I agree with the boys, I don’t think it was a penalty, where else was he meant to go?”

Though Ally McCoist, who was on commentary duty, couldn’t understand his colleagues views.

He declared: “I can’t understand why they think it’s not a penalty, anywhere else on the pitch and it’s a free-kick!

“I think the referee got it absolutely right.”

Argentina’s victory has seen them through to their second World Cup final in the last eight years.

They will face either France on Morocco on Sunday as they look to win the tournament for the first time since 1986.