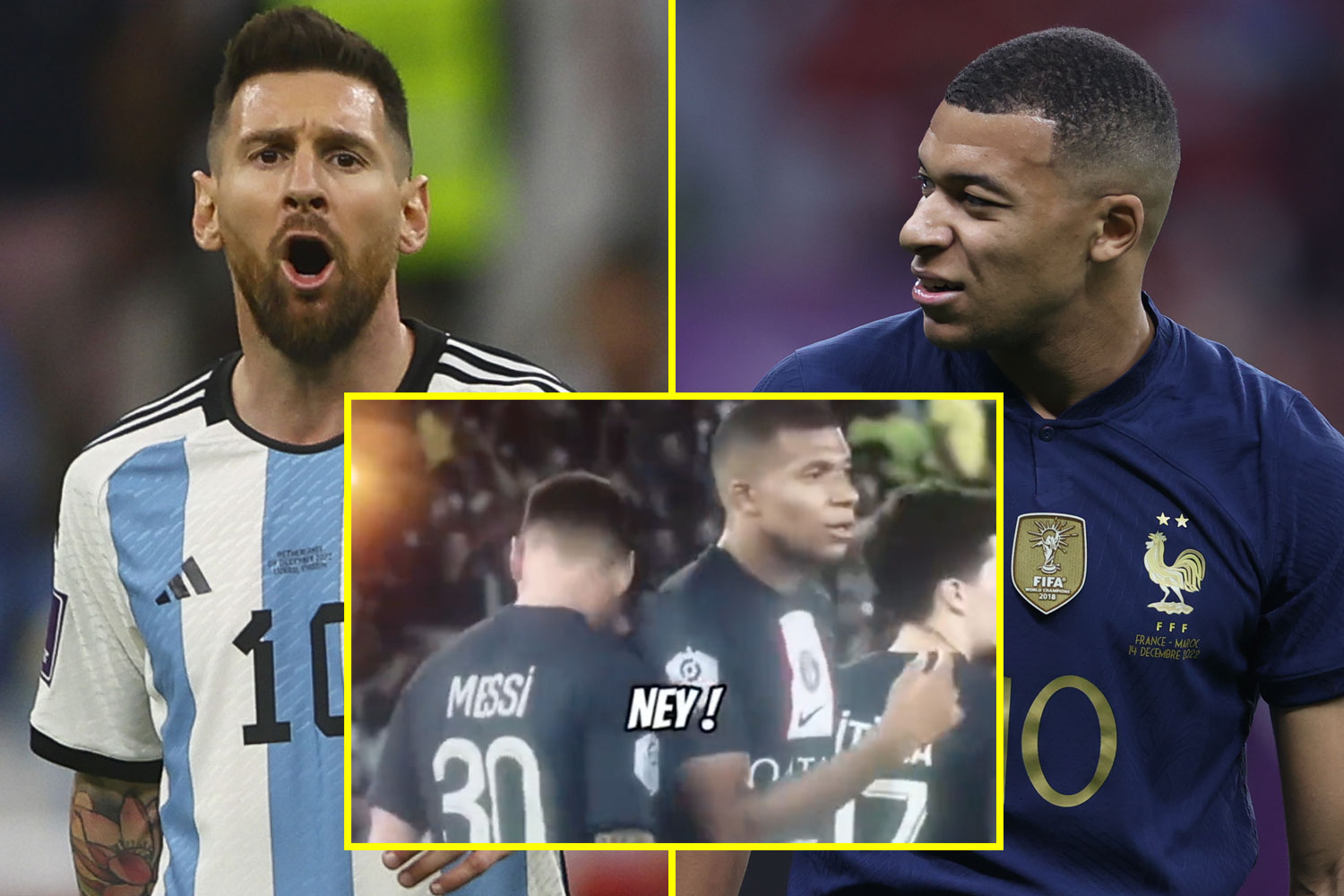 When Lionel Messi greets Kylian Mbappe ahead of the World Cup final on Sunday, it’s fair to say that we won’t see the same warmth the Frenchman showed Achraf Hakimi.

Mbappe was effusive with who he calls his best friend in football during France’s 2-0 downing of Morocco, first exchanging their secret handshake, before posing with each other’s shirts post-match. 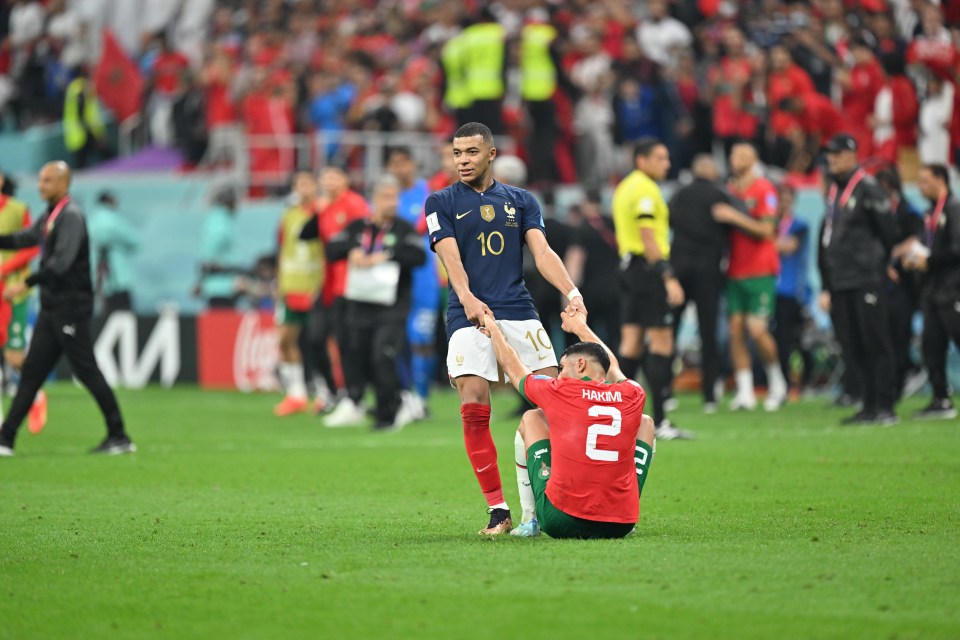 Mbappe and Hakimi showed the love in Qatar 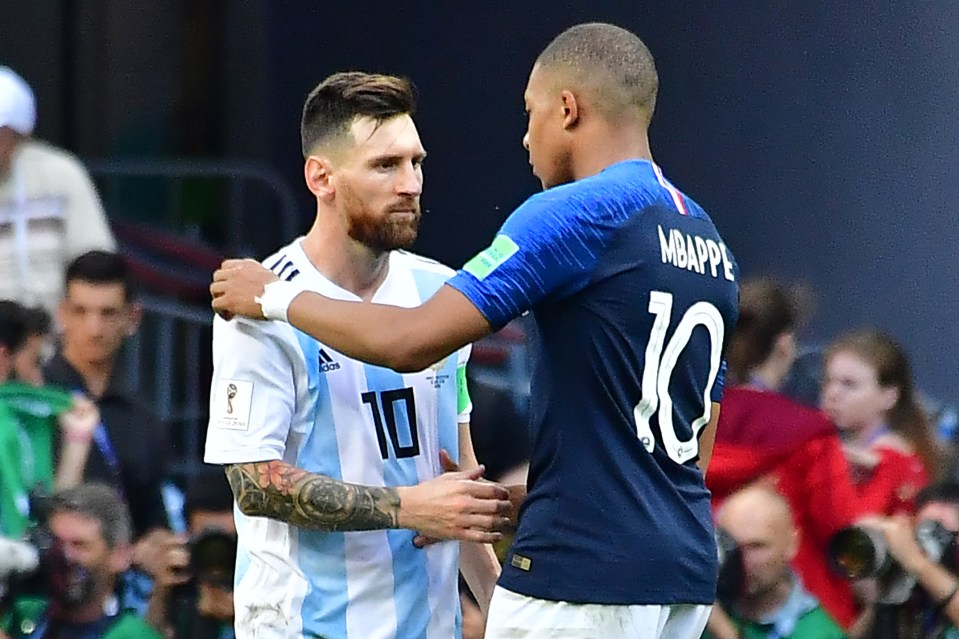 But the same can’t be said for him and Messi

But he’s not like that with all of his Paris Saint-Germain teammates, in fact, far from it.

Mbappe and Messi represent the only two remaining active PSG players in Qatar out of the 11 that travelled, and will be tussling for their place at the very top of the sport on Sunday.

Surprisingly, though, they’ve already staged a similar fight in Paris, despite managing to create the most fearsome frontline in football alongside Brazil’s Neymar.

When Messi signed for PSG from Barcelona as a free agent in 2021 there was an admission that Neymar’s efforts to escape his shadow in Spain had turned out to not only be futile, but counter-productive.

Now aged 30, Neymar is less focused on his first Ballon d’Or, and more on his second Champions League alongside Messi, but that might not be the case for Mbappe.

The 23-year-old superstar has already made his mark by picking up a bigger salary in Paris than the two footballing giants, and has previously strained to make his position clear. 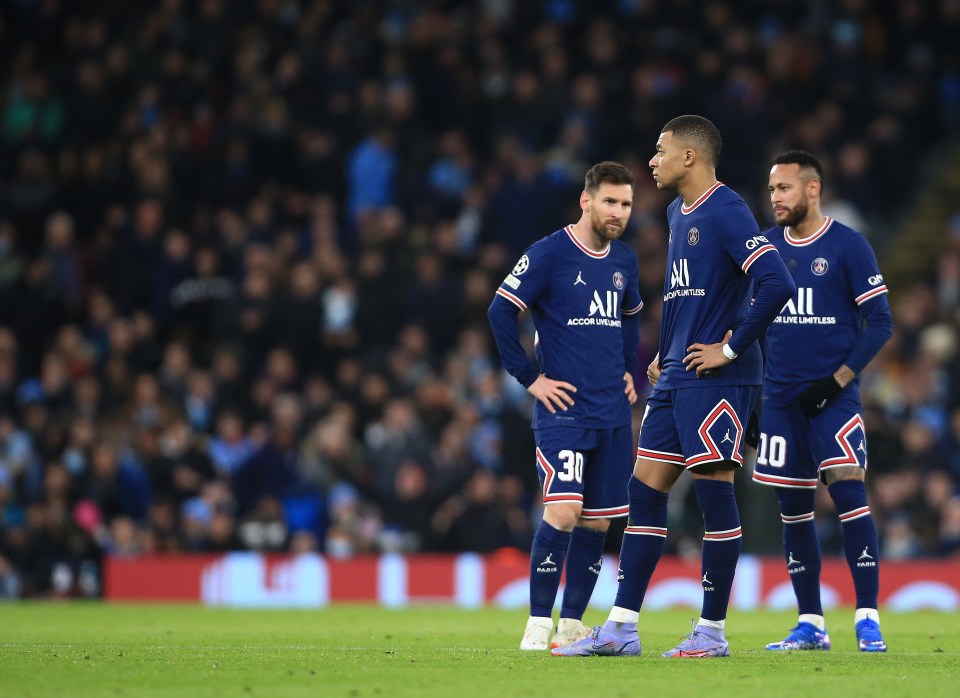 PSG have one of the most exciting front threes in history, but it hasn’t gone swimmingly so far

Last season there was no doubt about it either. Messi struggled massively in his first campaign in France, posting his lowest goal and assist numbers since 2007, while Neymar stepped aside to let Mbappe lead the charge domestically and in Europe.

This term, though, things are different, and it became obvious just two matches in.

PSG began their season on fire with 10 goals in two games, and Messi already looked a different player to the 2021/22 vintage, but Mbappe needed to put him back in his place.

After the Frenchman had already missed a penalty during the 5-2 thumping of Montpellier, PSG earned another, and Mbappe wasn’t happy that Neymar assumed it was his turn. 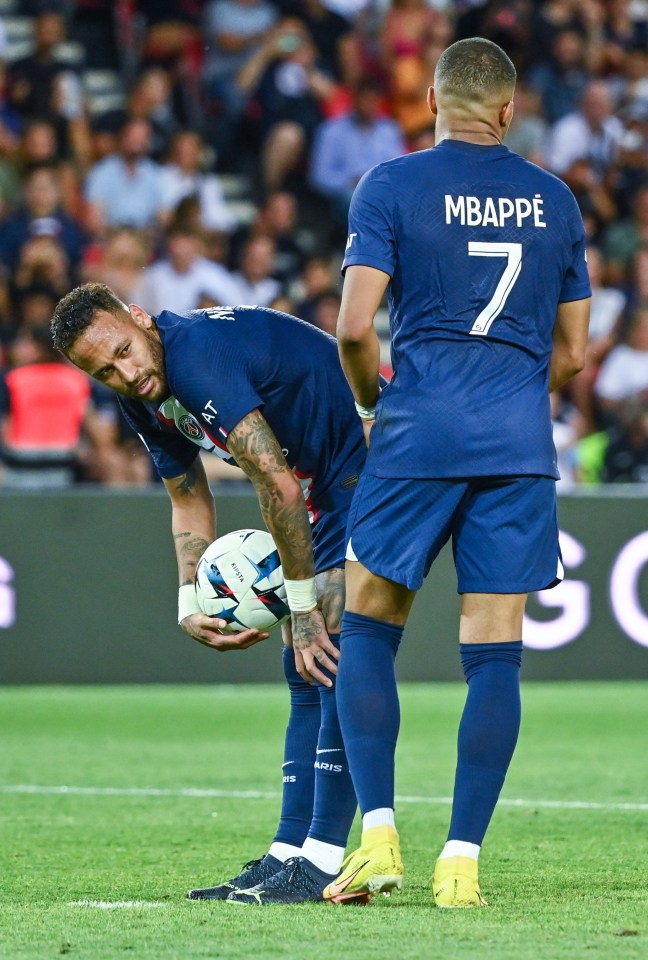 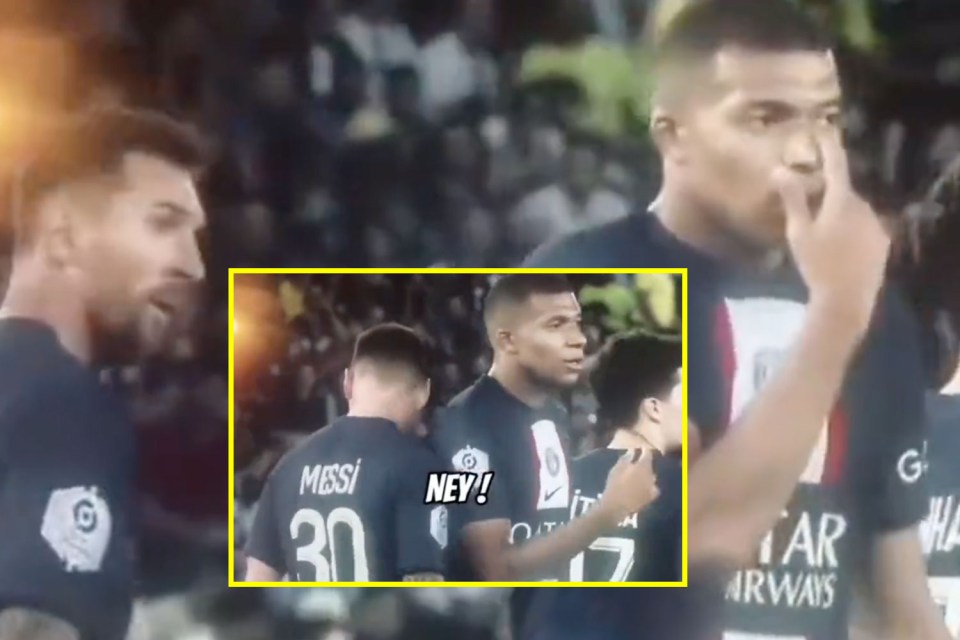 And Messi seemed livid with an apparent push

Bumping past Messi on the way to confront the Brazilian, the Argentine shot a livid glance at his teammate, an emotion which was matched by a number of ex-pros, including Manchester United legend Wayne Rooney.

“A 23-year-old player commits to pushing Messi,” he told Depar Sports. “I have never seen a bigger ego in my life.”

The groundwork had already been laid ahead of the season too, when Mbappe was asked about South American teams in the World Cup.

“Argentina and Brazil don’t have that level of competition in South America,” the Frenchman told TNT.

“The football is not as developed as in Europe, that is why most recent World Cup winners have been Europeans.”

Despite the clear grievances, things seemed to be back on track the next match when Messi and Neymar provided the assists for all three of Mbappe’s hat-trick goals against Lille and celebrated jovially.

But Mbappe, Ligue 1’s top assister from the previous season, was failing to return the favour for Argentine teammate, a fact which pushed some fans to fury before that trend was finally broken against Ajaccio in late October, 12 games into the season. 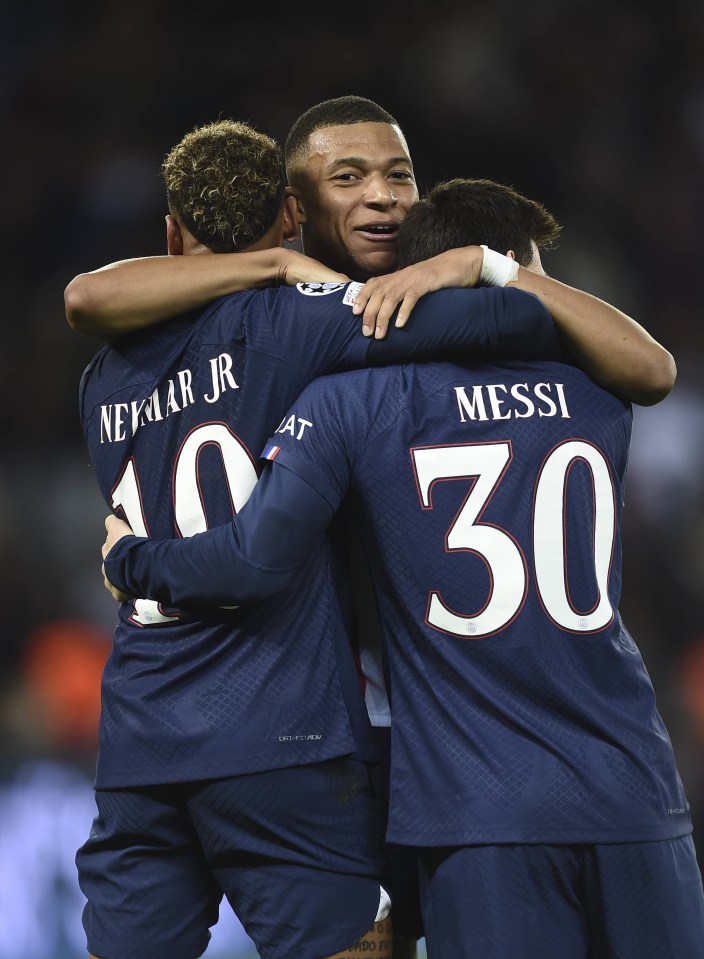 When the two work together anything is possible 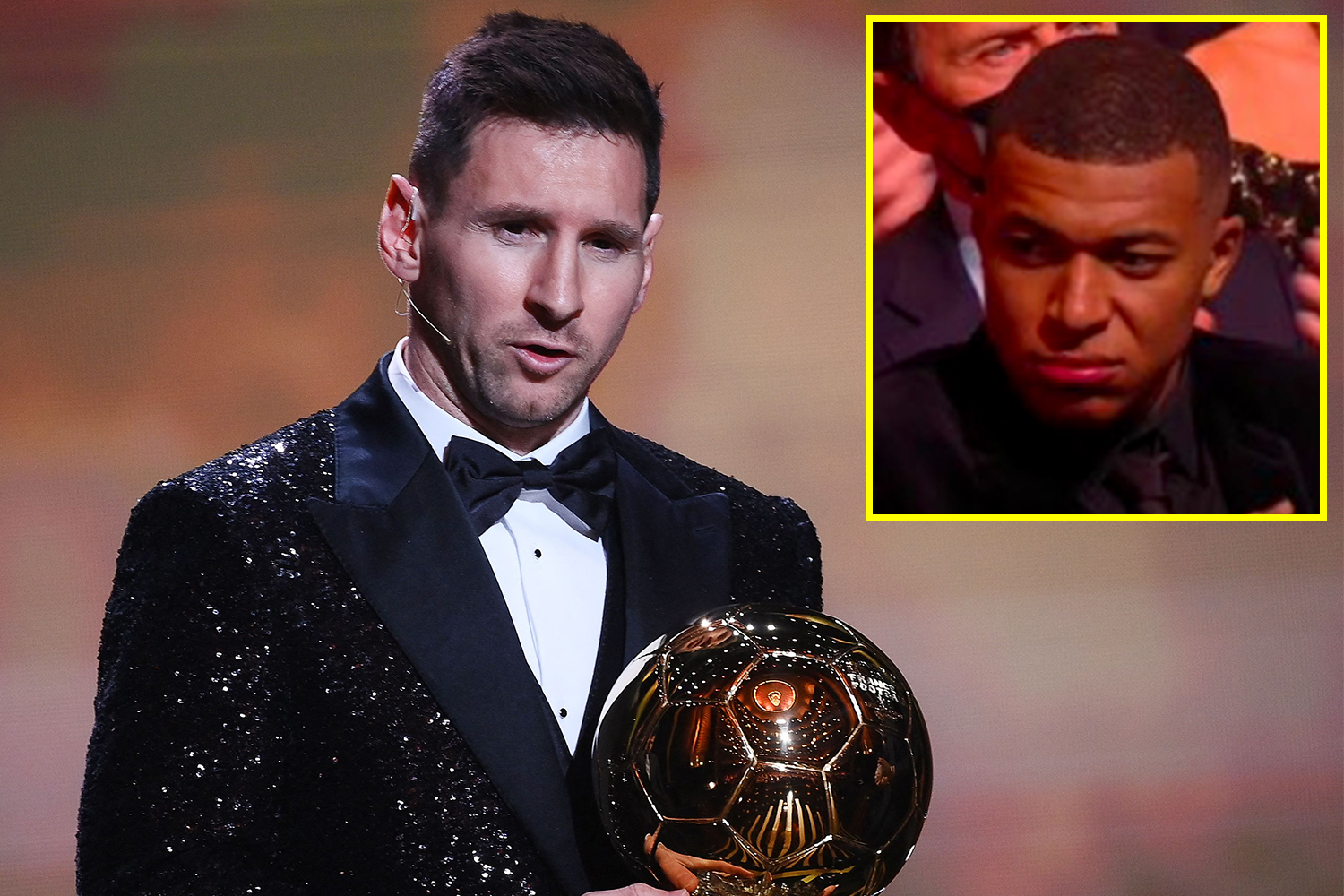 Despite that rare gift, Mbappe has still provided a single league goal for Messi this season, compared to six the other way, while there’s arguably been revenge in the even finer details.

Messi and Mbappe have both passed the ball to Neymar and Marco Verratti more than to each other this season, as the so-called ‘MNM’ front-line hasn’t proved to be the match made in heaven many were expecting.

At international level, though, the playing field is levelled, with both joint-top of the goalscoring charts on five efforts, heading into the final as the decisive men for their countries.

Mbappe, though, hasn’t scored since the quarter-finals while Messi has been setting himself up for yet another Ballon d’Or – a fact that may irritate Mbappe far more than it ever did Neymar, and set up an extraordinary clash between two titans.