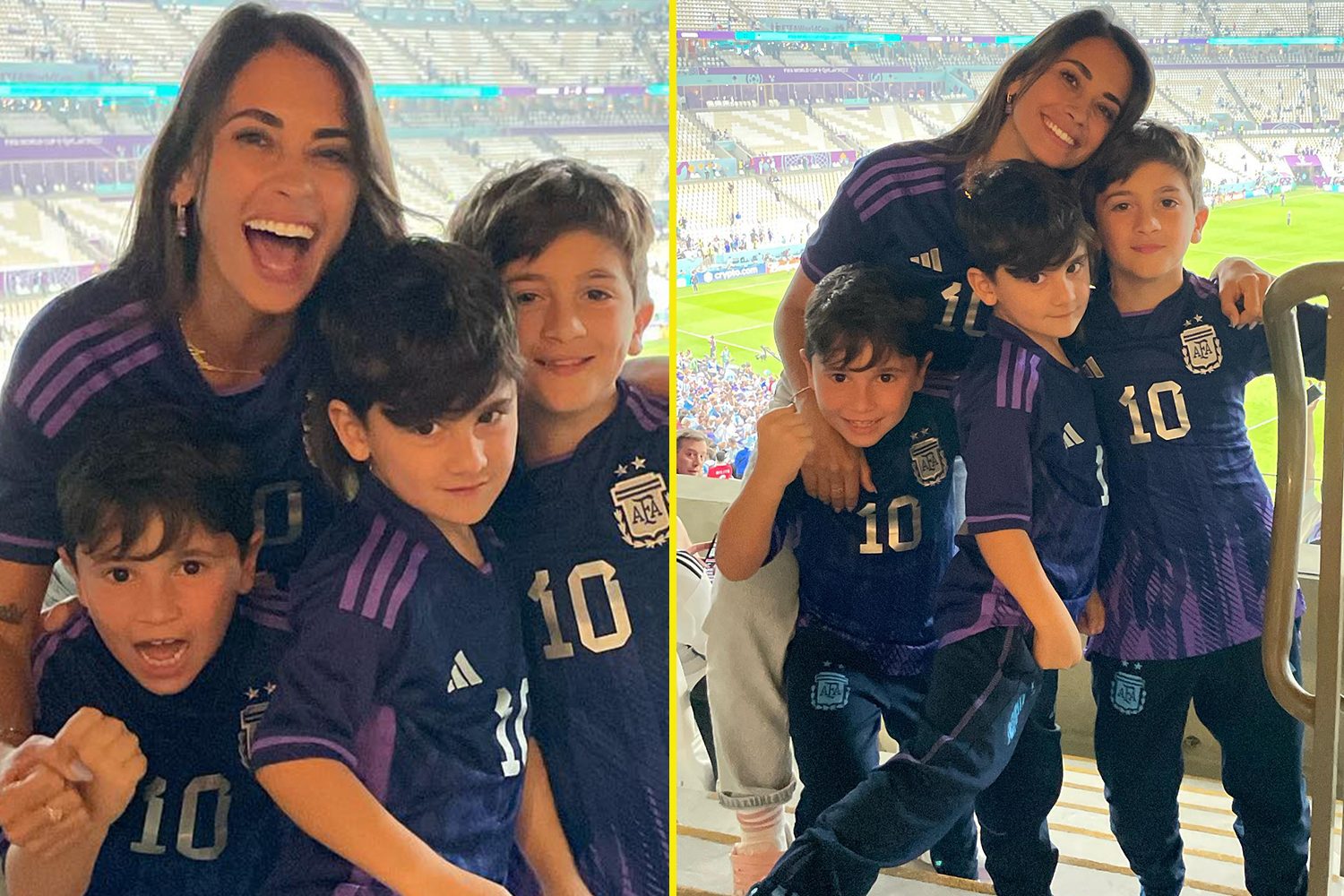 Lionel Messi’s wife and children beamed with joy in the stands as they watched the Argentina skipper fire the nation into the World Cup final.

The 35-year-old starred in Tuesday’s 3-0 semi-final victory against Croatia where he chipped in with a goal and an assist. 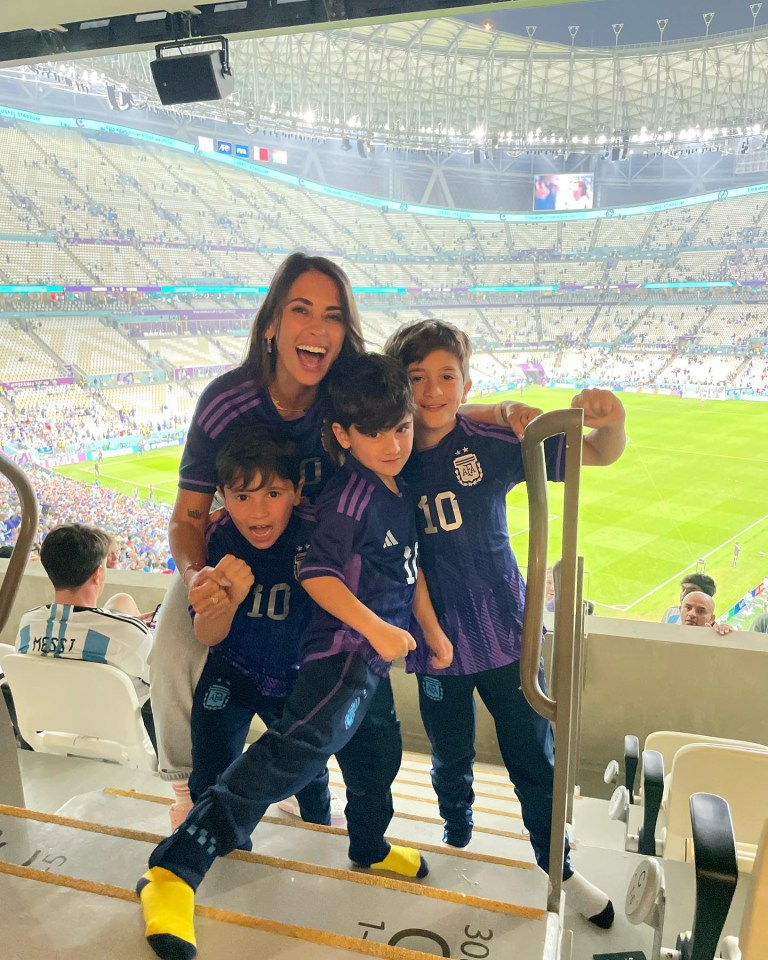 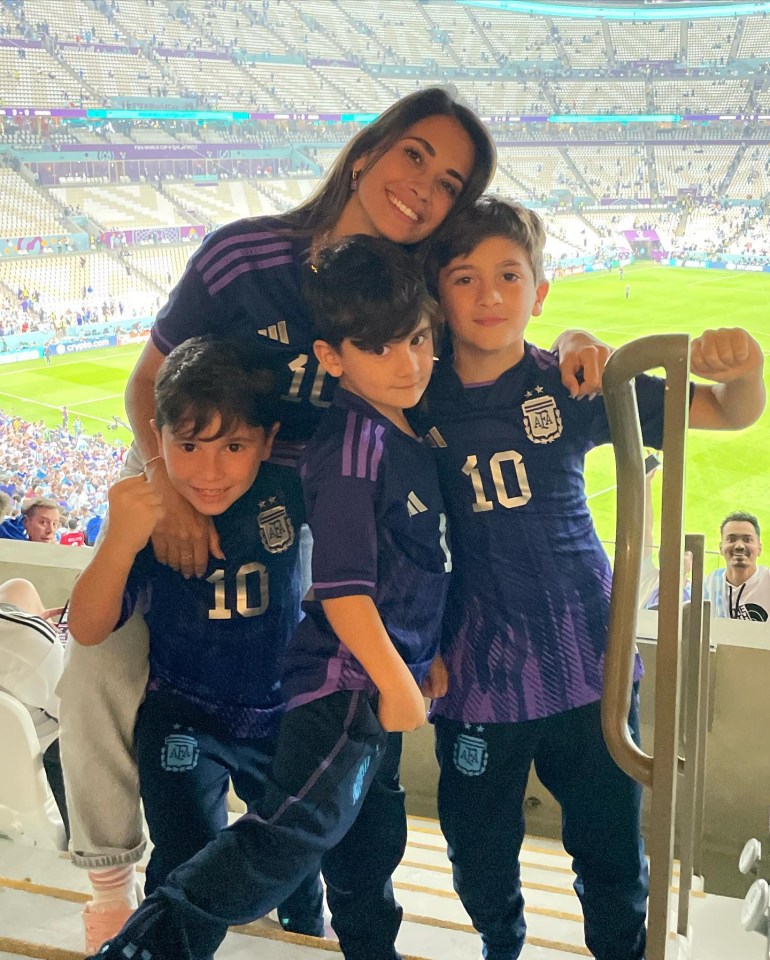 Messi is now the joint-top goalscorer in Qatar alongside Kylian Mbappe with five goals, and is Argentina’s leading scorer at the World Cup with 11 strikes across his five tournament appearances.

And he is now once again on the cusp of eternal glory in what will be his last World Cup appearance, having come up short in the 2014 final against Germany.

His magical performance was watched by wife Antonela Roccuzzo and his three sons Mateo, Ciro and Thiago.

She said: “I can’t explain it, because you won’t understand! 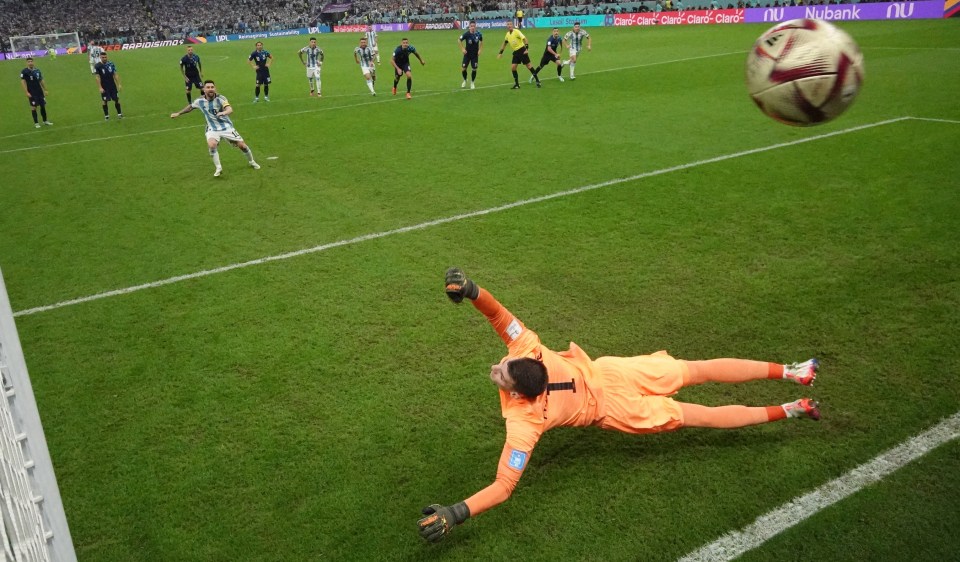 Messi broke the deadlock against Croatia from the penalty spot

Following the match, talkSPORT’s Adrian Durham labelled Messi as a ‘football miracle’ and the ‘best player of all time’.

It was a view shared by Manchester United legend Wayne Rooney, who agreed that the Barcelona icon is the finest footballer to ever play the beautiful game.

The Paris Saint-Germain forward confirmed after the win against Croatia that his World Cup journey will be over following Sunday’s final.

He remarked: “There’s a lot of years until the next one and I don’t think I have it in me and finishing like this is best. 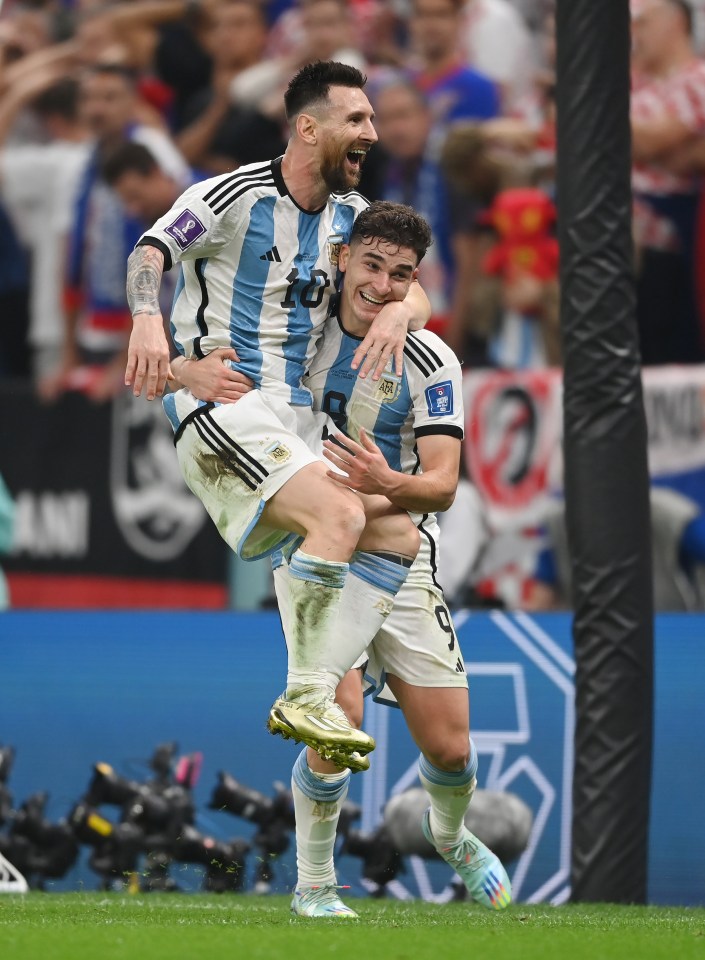 “[I feel] a lot of happiness to be able to achieve this. To finish my World Cup career playing my last game in a final.

“Everything I’ve lived in this World Cup, what people experienced and how much the people back in Argentina are enjoying it all is very emotional.

“I’m enjoying everything a lot, I feel strong to be able to face each match. We’ve come along making a lot of big sacrifices, like playing the extra time which wasn’t easy.

“We were tired but the group gave that little bit more, it was a very tough game which went the way we prepared for.

“We knew they would have the ball a lot and that we would have our chances.

“It was a well prepared match like we always manage, and I’m happy, I’m enjoying it all a lot.”