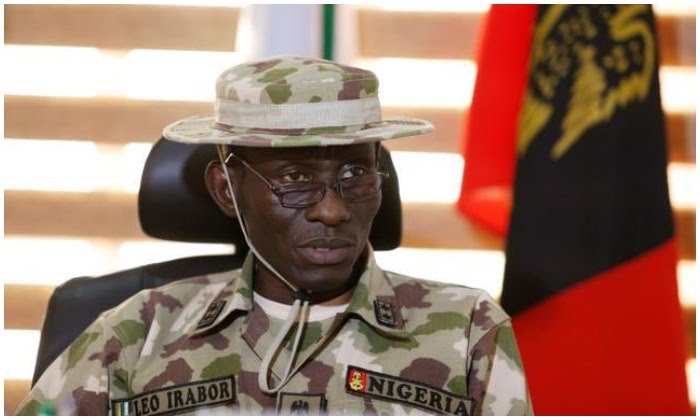 Lucky Irabor, Chief of Defence Staff (CDS) of the Nigerian military has revealed its personnel are faced with immense pressure to compromise the 2023 general elections.

Irabor disclosed this on Thursday to journalists at the 61st session of the State House Ministerial Briefing organised by the Presidential Communications Team at the Aso Rock Villa, Abuja,

The CDS said, military personnel face pressure through inducements, but the armed forces is taking the necessary measures to ensure compliance with the directive of the President, Major General Muhammadu Buhari (retd.) to remain apolitical.

“Personnel are being trained to be more professional even as the rules of engagement have been codified for distribution before, during and after the elections,” according to him.

He also disclosed that several military rescue operations and negotiations have led to the freeing of at least 300,000 people from the hands of their abductors since 2014 while refugees who fled the North-East due to insurgency, have started to return.

However, he noted former insurgents, now being trained, would graduate in February next year before their reintegration into the society. He added that the military is recruiting more personnel into all branches of the security services.

Irabor said, the goal is to increase the number of on-the-ground personnel to combat insurgency and banditry and curtail oil theft which will eventually lead to increased crude oil production.