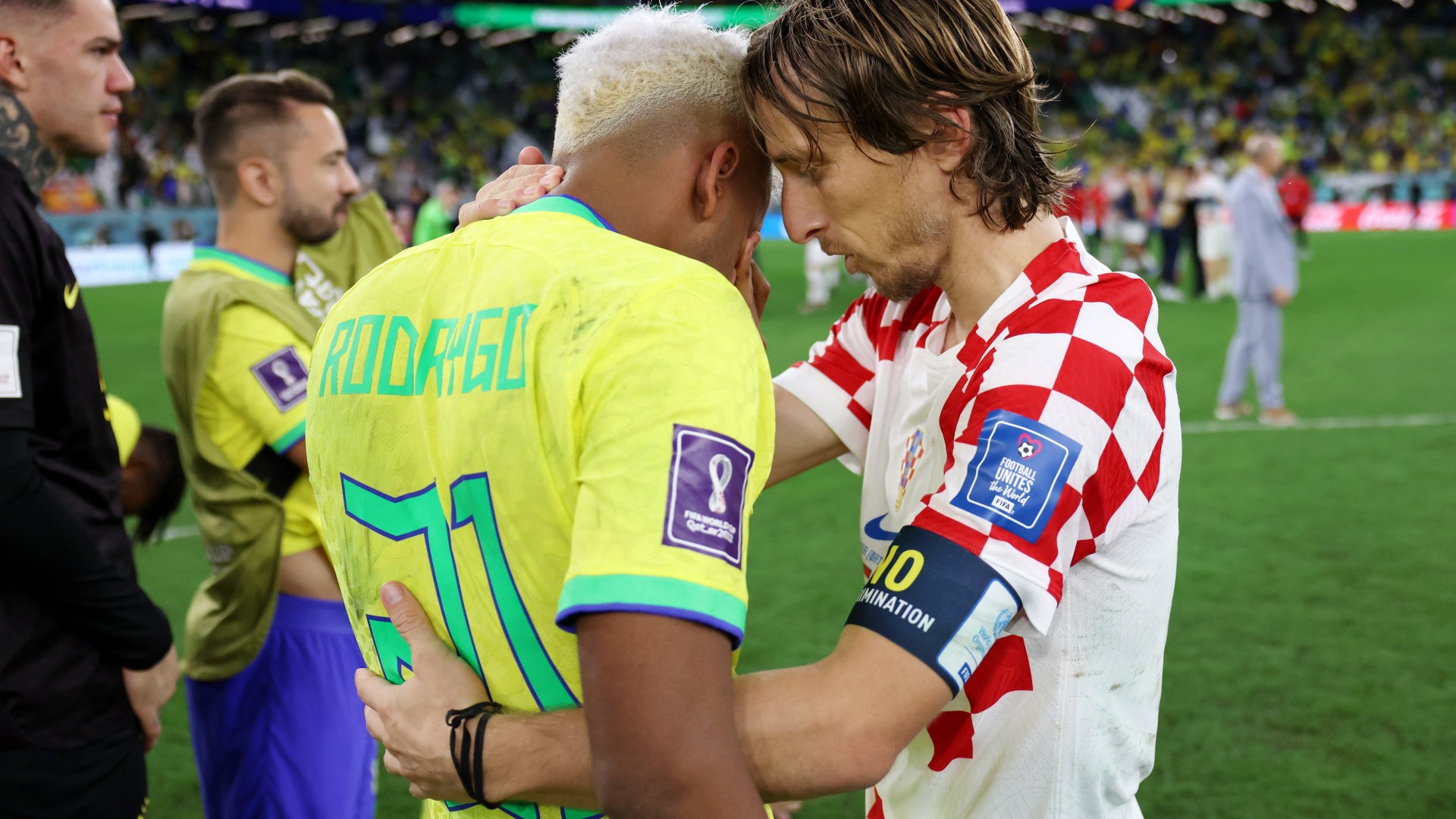 The South Americans – favourites to win the tournament in Qatar – were just three minutes from the semi-finals thanks to Neymar’s goal in extra-time, but a Bruno Petkovic strike took the game to a shootout. 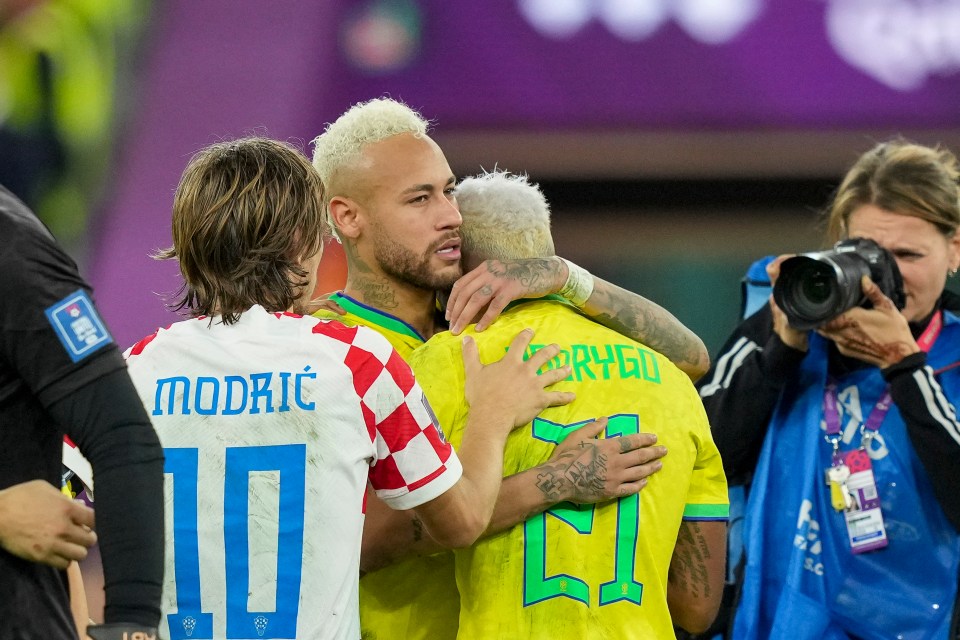 Modric went over to Rodrygo after his penalty miss 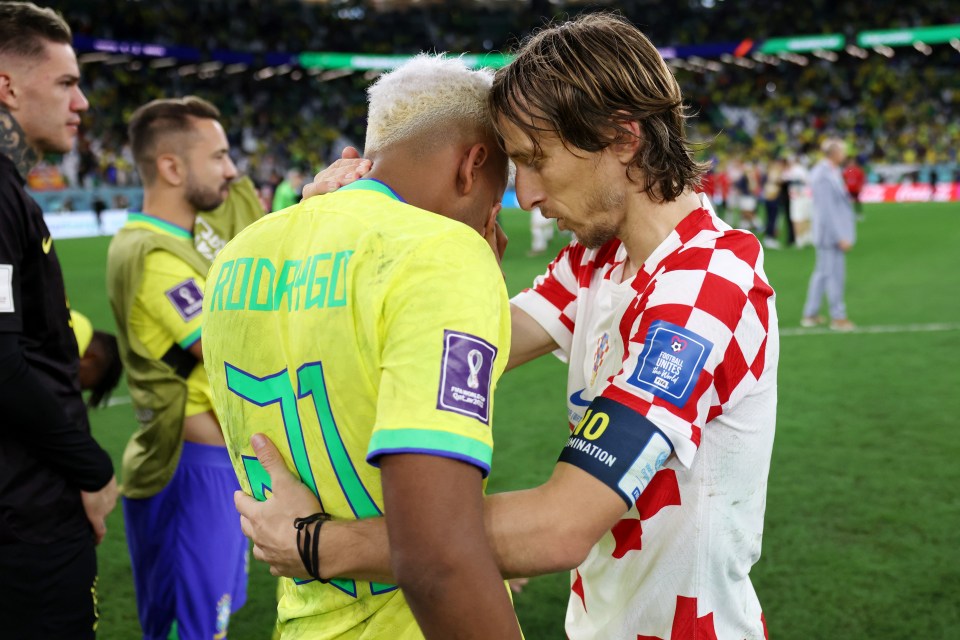 West Ham forward Nikola Vlasic, currently on loan at Torino, put the Europeans 1-0 up at the Education City Stadium and Rodrygo was given the chance to respond immediately.

The 21-year-old winger struck his shot firmly and to his right but penalty-saving sensation Dominik Livakovic wasn’t about to let his opponents equalise.

He leapt across his goal and, with two fists, thumped the strike away from goal.

With Croatia scoring all four of their first spot-kicks, it was left to Marquinhos to keep Brazil in the tournament, but he thundered his shot off the post.

Rodrygo was left in tears but clubmate Modric was quick to console him.

And the Ballon d’Or-winning midfielder was quick to praise his teammate, hoping he will have a trajectory similar to his own. 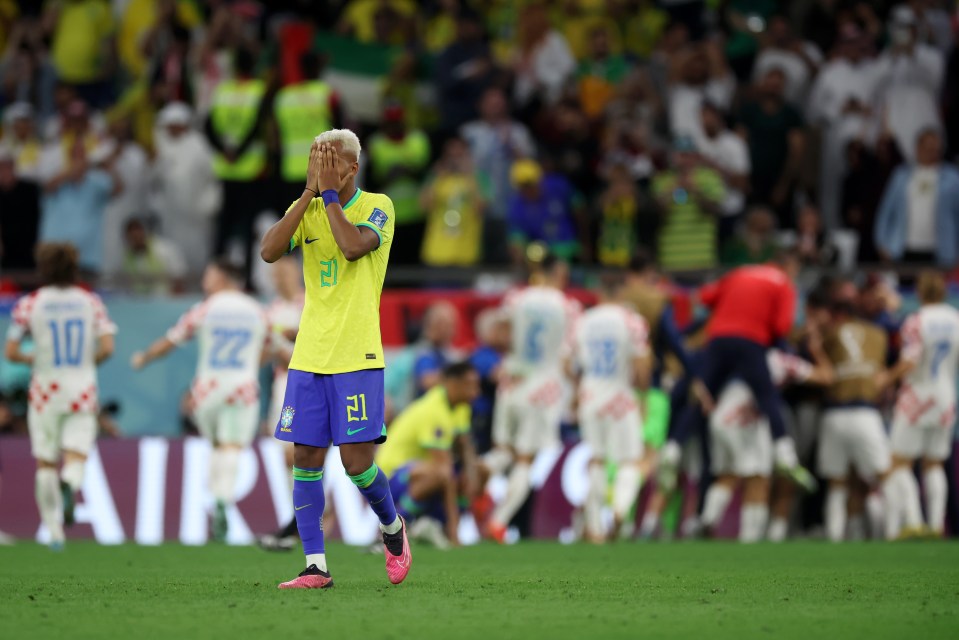 Rodrygo was left gutted but Modric has got his back

Modric missed the first kick when Croatia went out on penalties to Turkey in the Euro 2008 quarter-finals, something he was keen to point out.

“We have to praise him for having the courage and determination to take the first penalty, that will make him stronger.”