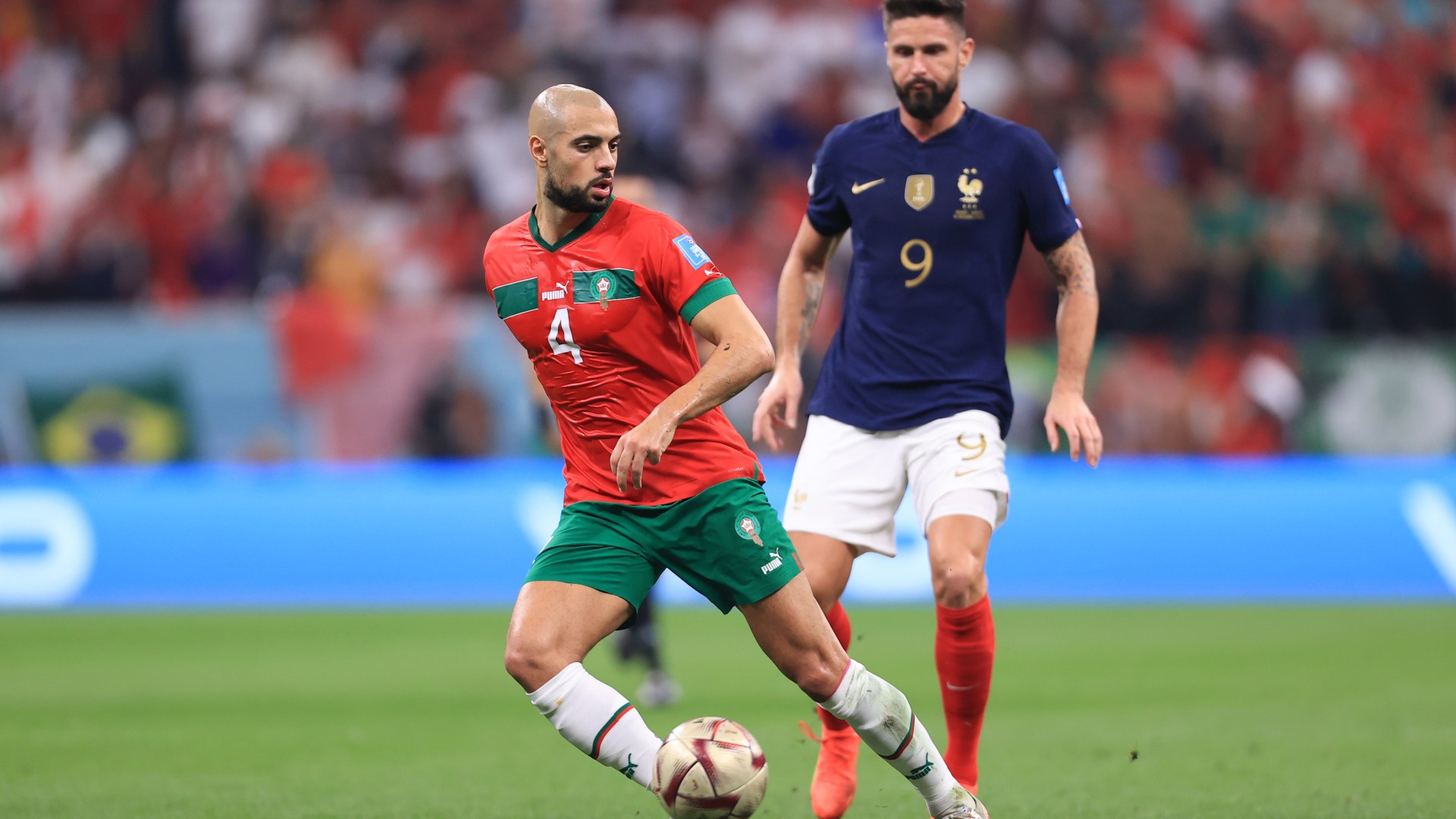 Morocco midfielder Sofyan Amrabat has revealed that he told Olivier Giroud to stop man-marking him during their World Cup semi-final clash.

France booked their place in Sunday’s final against Argentina – live on talkSPORT – thanks to a 2-0 win over the African nation. 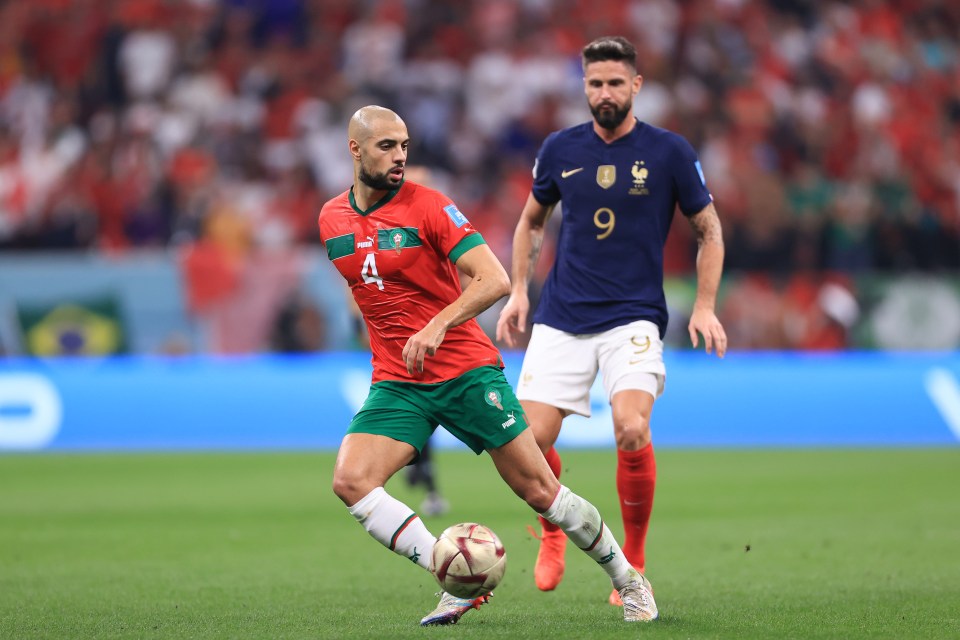 Despite taking underdog status in Wednesday’s semi-final, Morocco took the game to the reigning world champions having 61 per cent possession. But they were undone by two clinical moments.

“They left our centre-backs alone. Their striker, Olivier Giroud, was following me everywhere all over the midfield,” Amrabat told NOS after the game.

“I said to him, ‘Just stop’ but he replied that he was instructed to follow me for the whole game.”

He continued: “We feel very bitter that we couldn’t do more. France let us have the initiative from the start, so I guess that’s a compliment really. 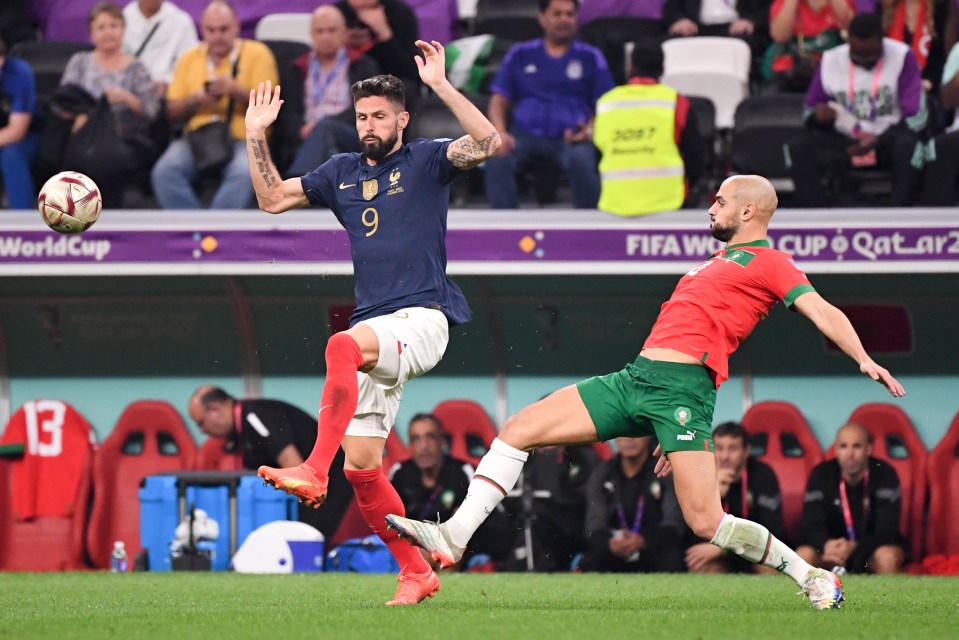 Giroud was instructed to man-mark the influential Moroccan midfielder

“Unfortunately, it was tough for us after stupidly conceding such an early goal and we had to play into their hands, especially with the pace they have up front. If you are 1-0 up it is easier to play football.”

When asked if he will look back on the tournament with pride, Amrabat said: “When we look back, I’m sure we will realise that. But now it’s mainly just bitter.

“Will I be able to smile about it later? Maybe not. It’s even more painful when you get so close.

“But we should be proud that we played against the reigning world champions in the way we did. It’s a really big compliment to all of Morocco. We really gave everything.” 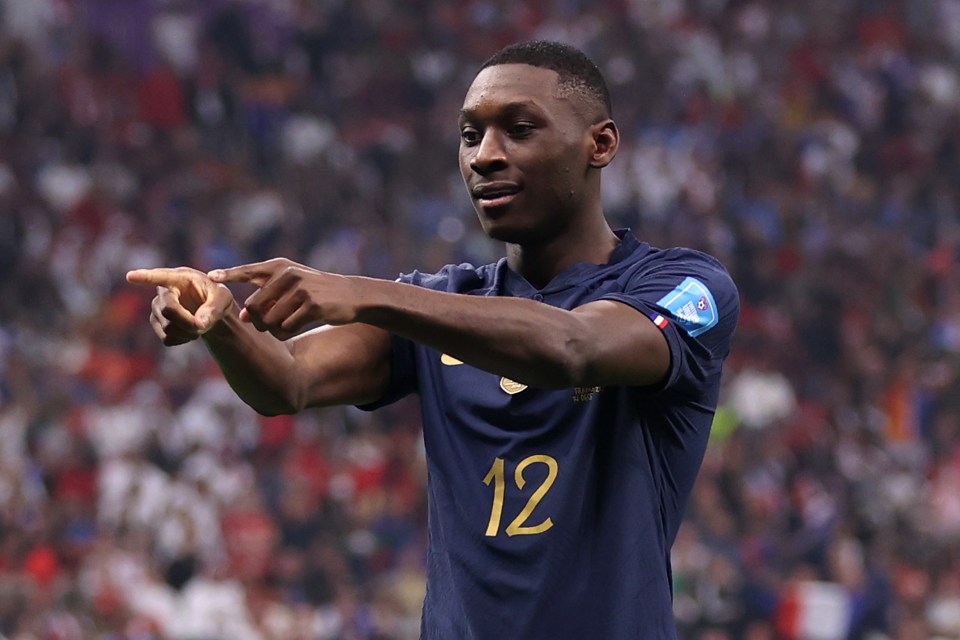 Morocco’s exploits ensured they became the first-ever African nation to reach the semi-finals of a World Cup.

Their journey to the last-four included wins over Belgium, Spain and Portugal and they still have the opportunity to claim third place should they overcome Croatia in Saturday’s third-place play-off.