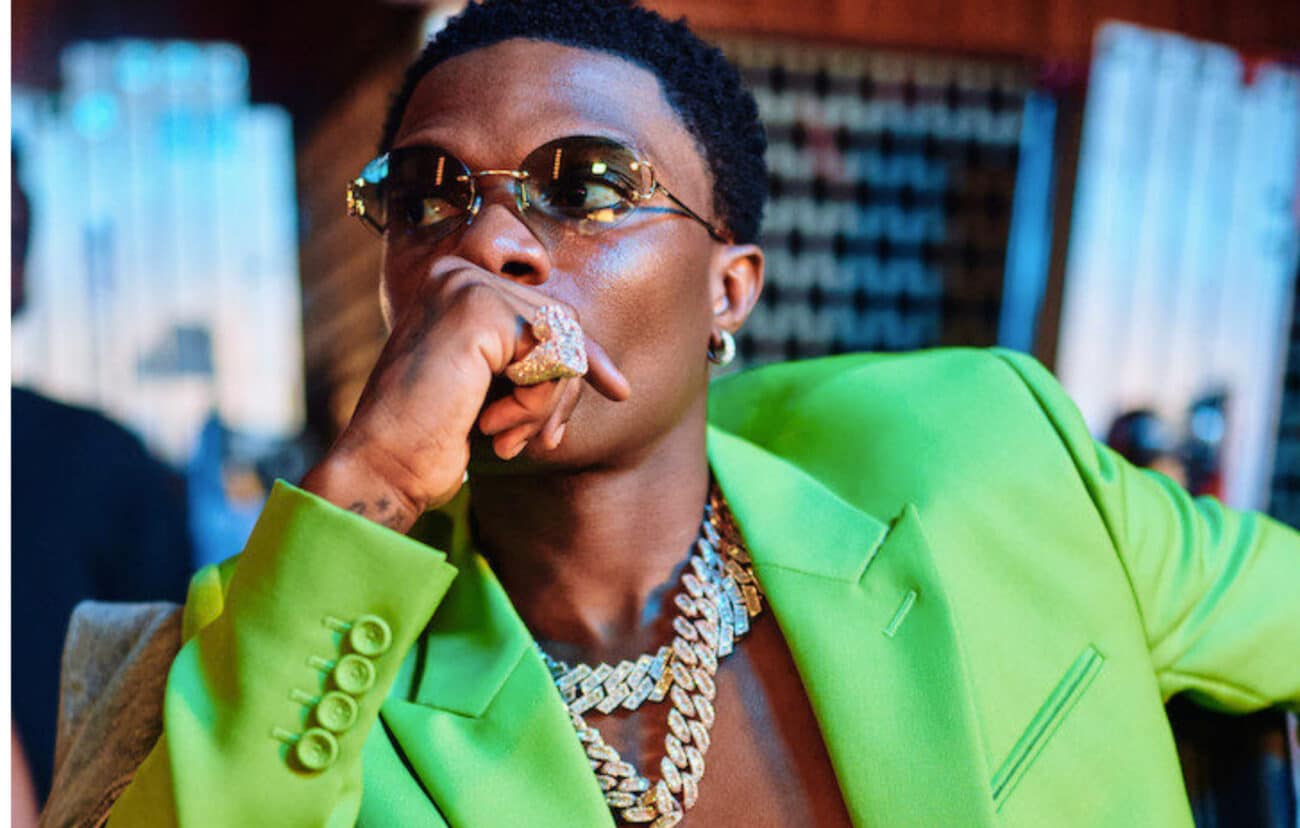 Ghanaian concertgoers who had purchased tickets for Wizkid’s supposed performance (concert) at the Accra Sports Stadium on Saturday, December 10, 2022 but were turned away have received an apology from the Nigerian Afrobeats singer.

News Centric News earlier reported that Wizkid was billed to perform at the Accra Sports Stadium last night for a show dubbed ‘ Wizkid Live In Ghana’ but he failed to show up.

Fans have since taken to social media to vent their anger at how he disrespected them.

The musician has finally appeared with a tweet on his social media to give his apology to consumers who are unhappy in his inability to show up for his event after several hours of angry tweets flooding in from fans who were there at the event venue to watch Wizkid live in performance.

He shared a post that read, “Love you Ghana 🇬🇭” See below: 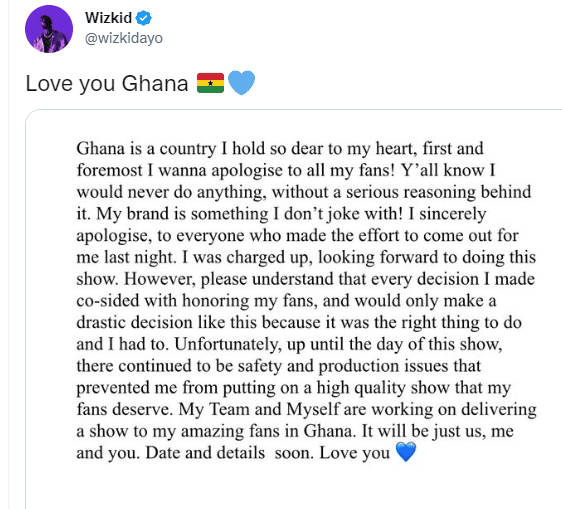 The Wizkid Live concert’s organizers have now apologized and criticized the performer for breaking the agreement. The wrote, “For any inconvenience this may have caused, we sincerely apologize. Please provide your ticket barcode to our email so that we can grant everyone a complete refund.”